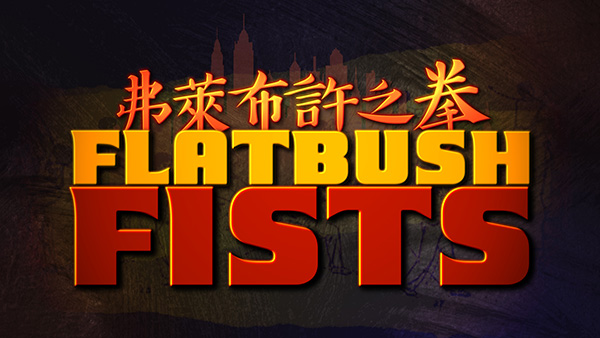 Part 1 | The Needle On The Compass
Dir: Charlie Hoxie

Over 50 years ago, Haisan Kaleak turned to the martial arts not just as a means of protecting himself on Brooklyn’s streets, but for the unification of mind, body, and spirit that the discipline offered. After training with Supreme Grand Master Dr. Moses Powell – founder of the Sanuces Ryu Jujutsu system – Haisan developed and grew his own practice in Brooklyn, eventually opening his own school in East New York. Today, along with Grand Master Bill McCloud and other members of the Sanuces family, Haisan Kaleak continues to spread the knowledge of the martial science by method of the Jiu Jitsu art, as taught to them by their grand master, Dr. Moses Powell.

When Kung fu movies hit American shores in the 1960’s and 70s, they left a lasting impact on the martial arts scene in New York City. In turn, the city’s martial arts scene made its mark on American cinema, most notably with the release of the 1985 film The Last Dragon. In Part Two of Flatbush Fists, Louis Venosta, Taimak Guarriello, and Ron van Clief – the writer, star, and martial arts choreographer of the film – and World Karate Federation Hall of Famer Sifu Carl Albright, recount how this classic cult film captured this moment of cultural cross-pollination in 1980's New York.

When Annie Ellman was introduced to karate in the 1970s, she immediately saw its potential as a tool for female empowerment. After meeting Nadia Telsey – a rare female instructor in a dojo run by Sensei Gerald Orange – Annie eventually co-founded Brooklyn Women’s Martial arts, to create a safe space for women to discuss issues of sexual violence and learn self defense. Today, Annie continues to work with women and gender non-conforming people in the borough, imparting the generational wisdom, strength, and resilience she found in the art form so many decades ago.

Growing up amidst the drug wars in 1980’s Brooklyn, Anthony Colon turned to martial arts as a means of protecting himself and a form of escape. Already a part of the city’s burgeoning hip hop scene, Anthony began to combine martial arts moves with the bboy breakdancing he and his friends were pioneering, developing a style of dance unlike any other. Today, Anthony Colon continues to use both art forms to provide the kids in his Queens community with a positive outlet, and to pass on the discipline that kept him on the right path.

Brooklyn rapper Haile Ali initially sought out the martial arts as a means of protecting himself on the streets at night. After studying with Master Rollie "Lumumba" Hernandez, Ali eventually found a greater sense of purpose in the art form, applying the principles and discipline of Tai Chi to his artistic music practice. In Part Five of Flatbush Fists, we follow Haile Ali from the stage, to the studio, to a playground in Brooklyn where he practices martial arts with the members of his community, and trace the legacy of the borough’s fascination with the art form from its pioneering elders to the torch-bearers of tomorrow.

Go behind the scenes of Flatbush Fists with a special podcast episode.

For more information on this and all BRIC Radio podcasts, visit www.bricartsmedia.org/radio.