A “high-fidelity” interpretation of the De Stijl art movement’s iconic combination of geometric forms and primary colors, Olalekan Jeyifous’s café installation is palpably playful. With bright, elementary colors and large geometric structures, the work visually evokes the architecture of a playground or a child’s building blocks. In the simplest sections of the mural, affixations between structures are visible and obvious. Yet these simple connectors are adjoined to more sophisticated buildings where hinges, bolts, and wheels disappear and masterly architecture is introduced. Described by Jeyifous as a mash up of invented architecture and vintage stereo design, Hifi De Stijl’s imaginative landscape feels at once recognizable and fantastical.

Seeped in the eco-political ideology and activism of “solarpunk,” Jeyifous creates large-scale digital renderings that translate the existing architectural language of neighborhoods into colossal vertical settlements. In addition to digital art, Jeyifous works in sculpture, photography, and pencil. His work has been shown in group exhibitions at The Studio Museum in Harlem, The Kitchen, the New Museum, Socrates Sculpture Park, and the Museum of Modern Art, all in NY. He has shown internationally at the Vitra Design Museum, Weil am Rhein, Germany, and the Guggenheim Bilbao, Spain. Jeyifous is the recipient of numerous residencies and fellowships, including those from Socrates Sculpture Park, The Drawing Center, Headlands Center for the Arts, the Lower Manhattan Cultural Council, and the MacDowell Colony. He has also worked as a senior designer for the communications agency DBOX. Jeyifous holds a BFA in Architecture from Cornell University, Ithaca, NY. 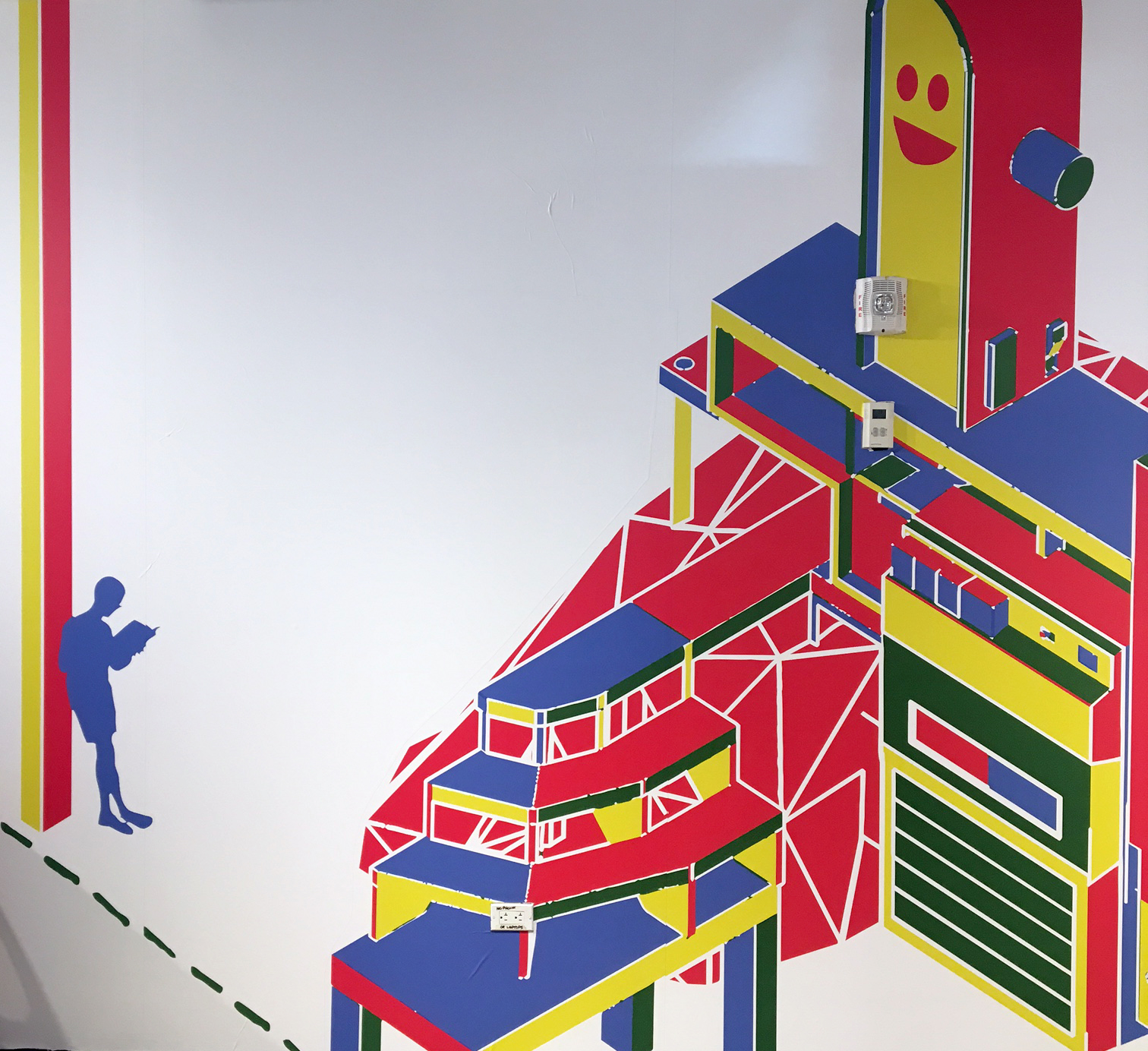 The café features a rotation of large-scale commissioned murals that envelop the first floor café space.