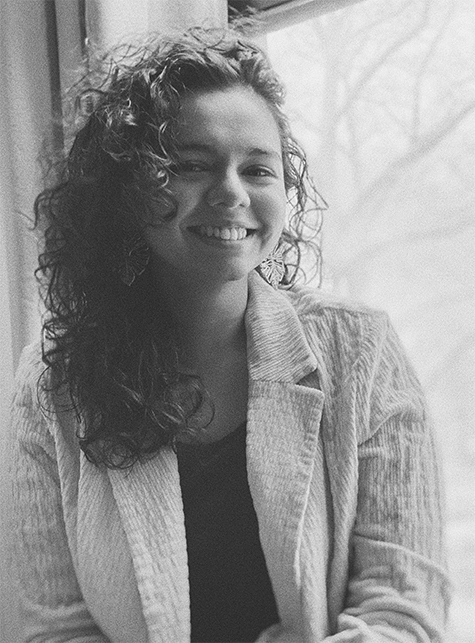 Born in Portland, Oregon; based in Brooklyn, NY.

Isabella Vargas crafts poetic documentaries, combining captured footage and drawn animations to rewrite narratives about her intersectional identities of Latinidad and disability. Sometimes isolated from her multiple communities, being a multiply disabled Latina, Vargas questions marginalization of people with intersecting identities of disability, ethnic identity, and queerness, and how prejudice and struggle stem from generational trauma. In tandem with her art practice Vargas works with the organization RespectAbility and gleans her narratives from direct interaction with members of the communities for whom she is advocating, striving to give a platform to their voices. Her storytelling has threads of nonfiction, recounted through a metaphorical yet ever truthful voice, as she augments the visibility and audibility of marginalized voices. 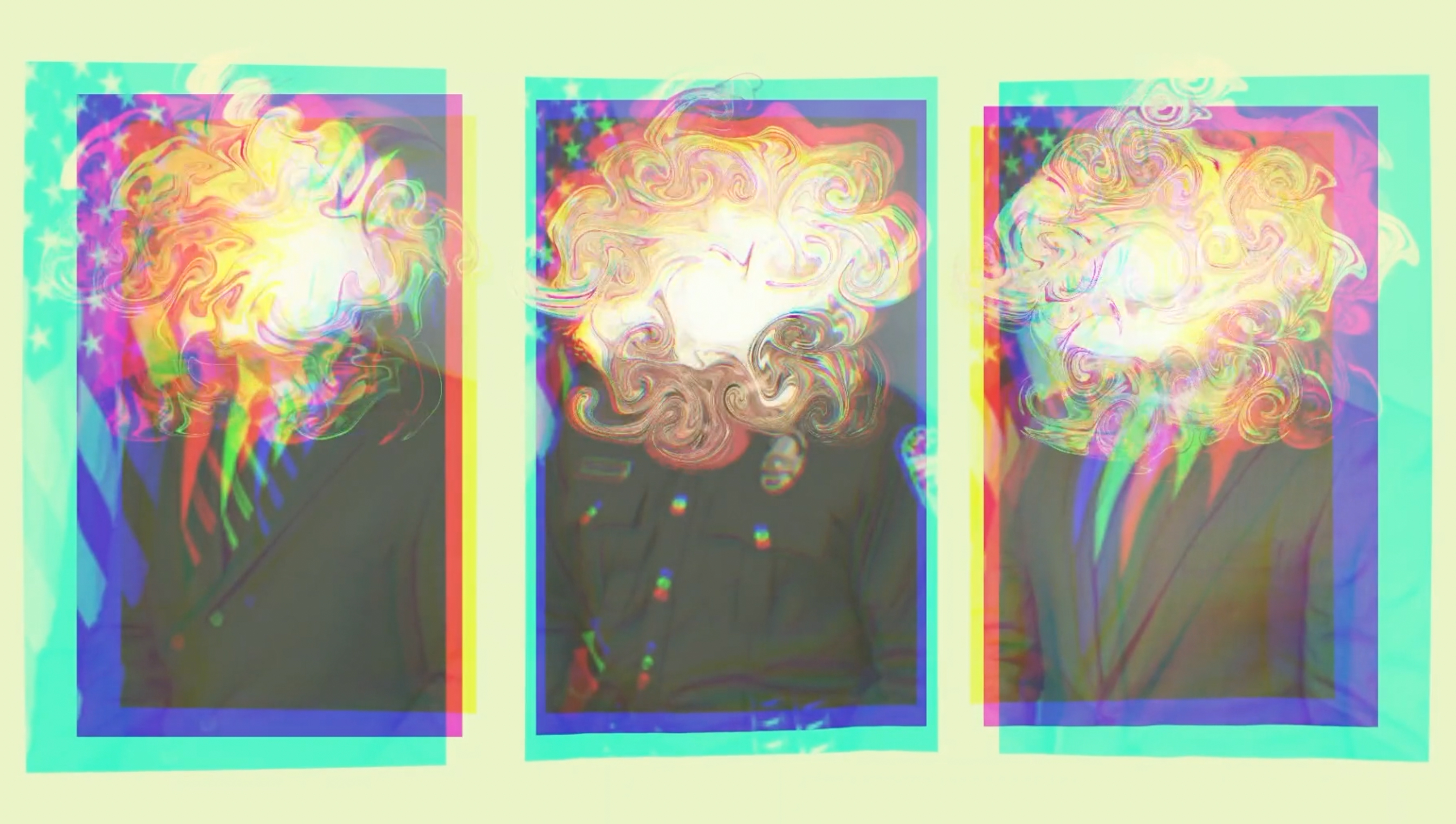 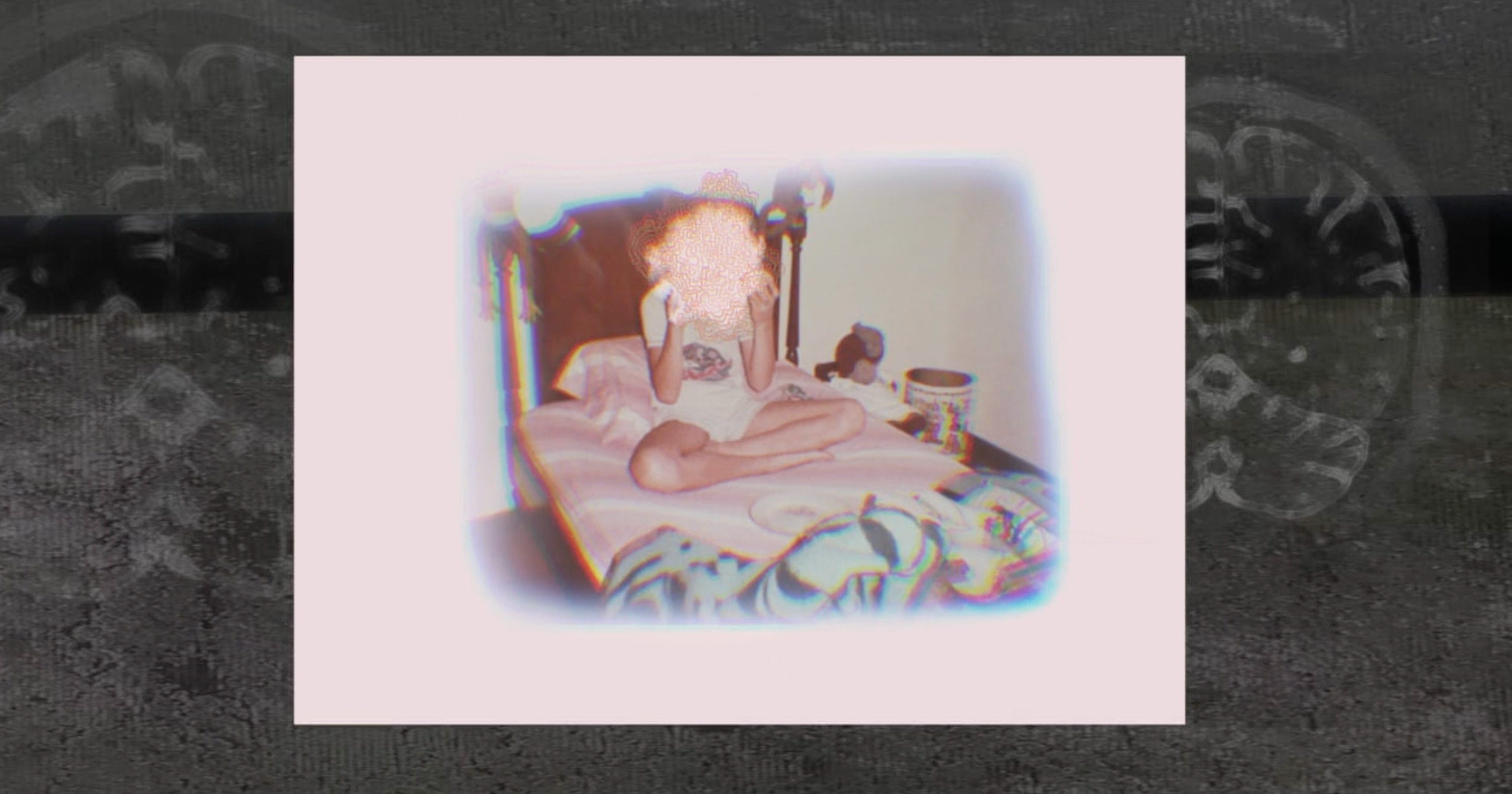 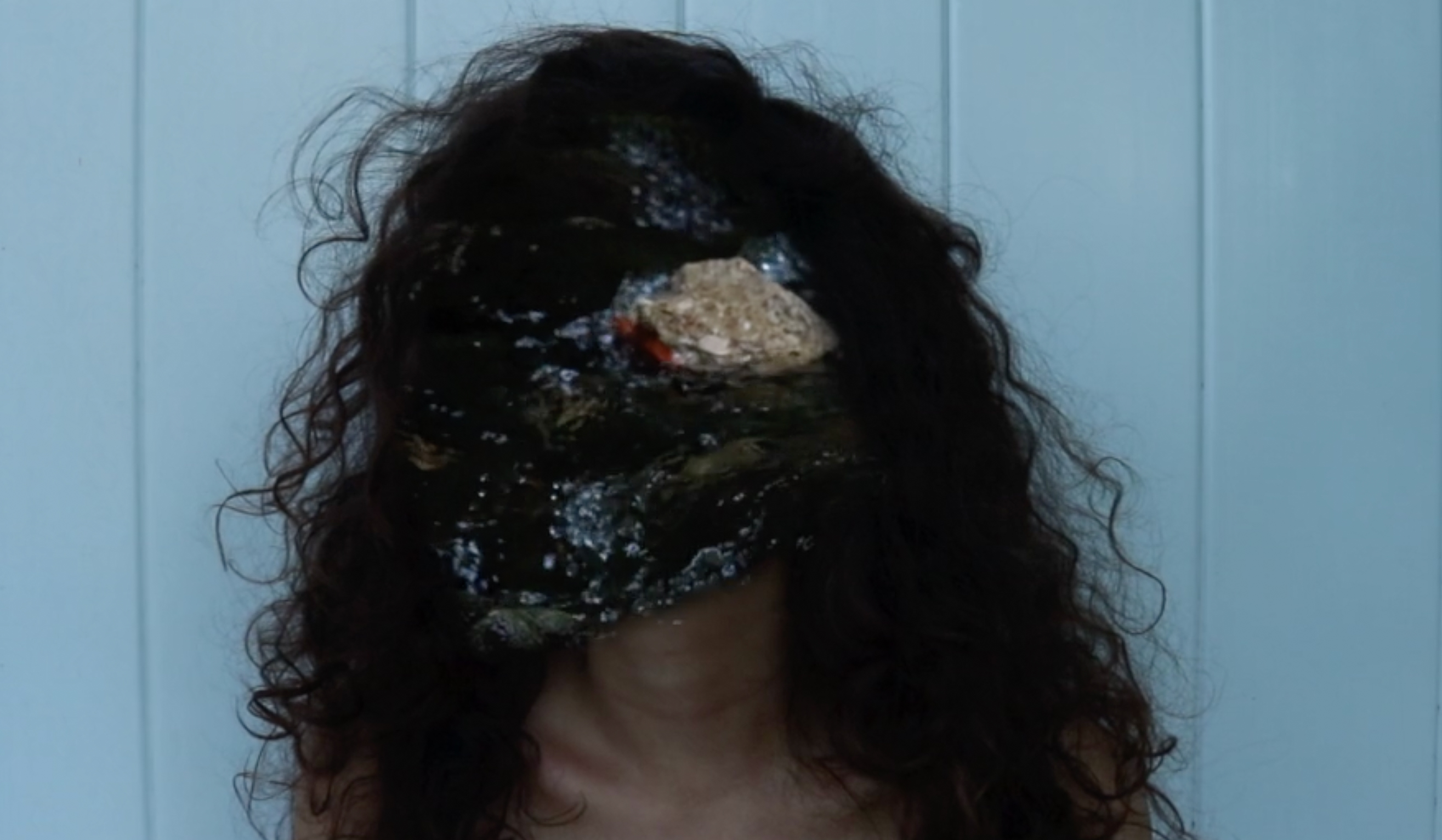 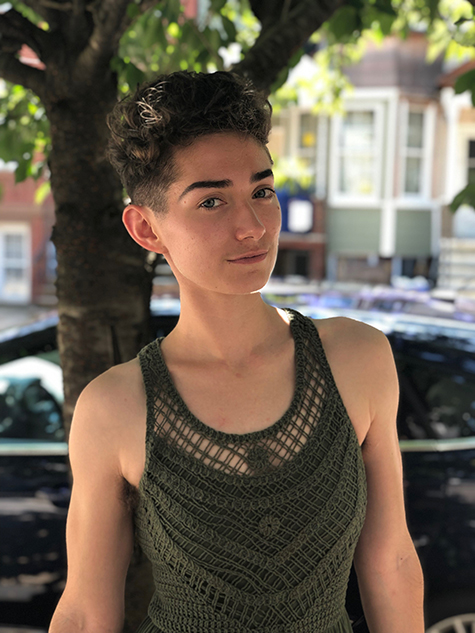 Born in Binghamton, NY; based in Brooklyn, NY

Linda Ryan’s video- and dance-based performance pieces demand an intimate connection between performer and viewer. She uses GoPro cameras to explore physical embodiment through digital means. Other performances have included velcro suits and choreography based around found objects. Ryan’s explorations of digital and physical connection are anchored in the gaze, and her work is oriented by, though not always explicitly about, her experiences with visual impairment.

Ryan has performed at the Tank, Baryshnikov Arts Center, and Mark Morris Dance Center, all New York, NY; Dance Place, Arts Club of Washington, and the National Building Museum, all Washington, DC; PlySpace Gallery, Muncie, IN; and has had video work shown at the Burchfield Penney Arts Center, Buffalo, NY. She has had residencies at Nimbus Dance, the Institute for Electronic Arts at Alfred University, Keshet Dance+ Center for the Arts, and PlySpace, Muncie Arts & Culture Council. Ryan holds a BA from The George Washington University, Corcoran School of the Arts & Design. 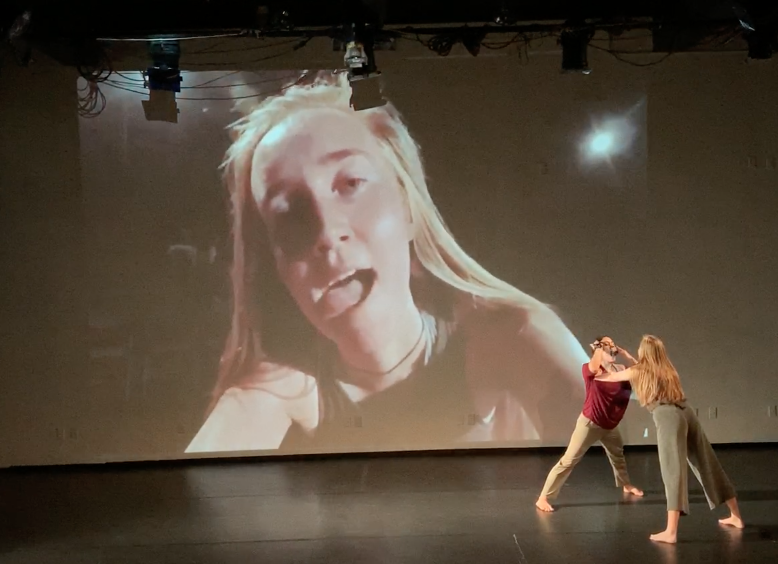 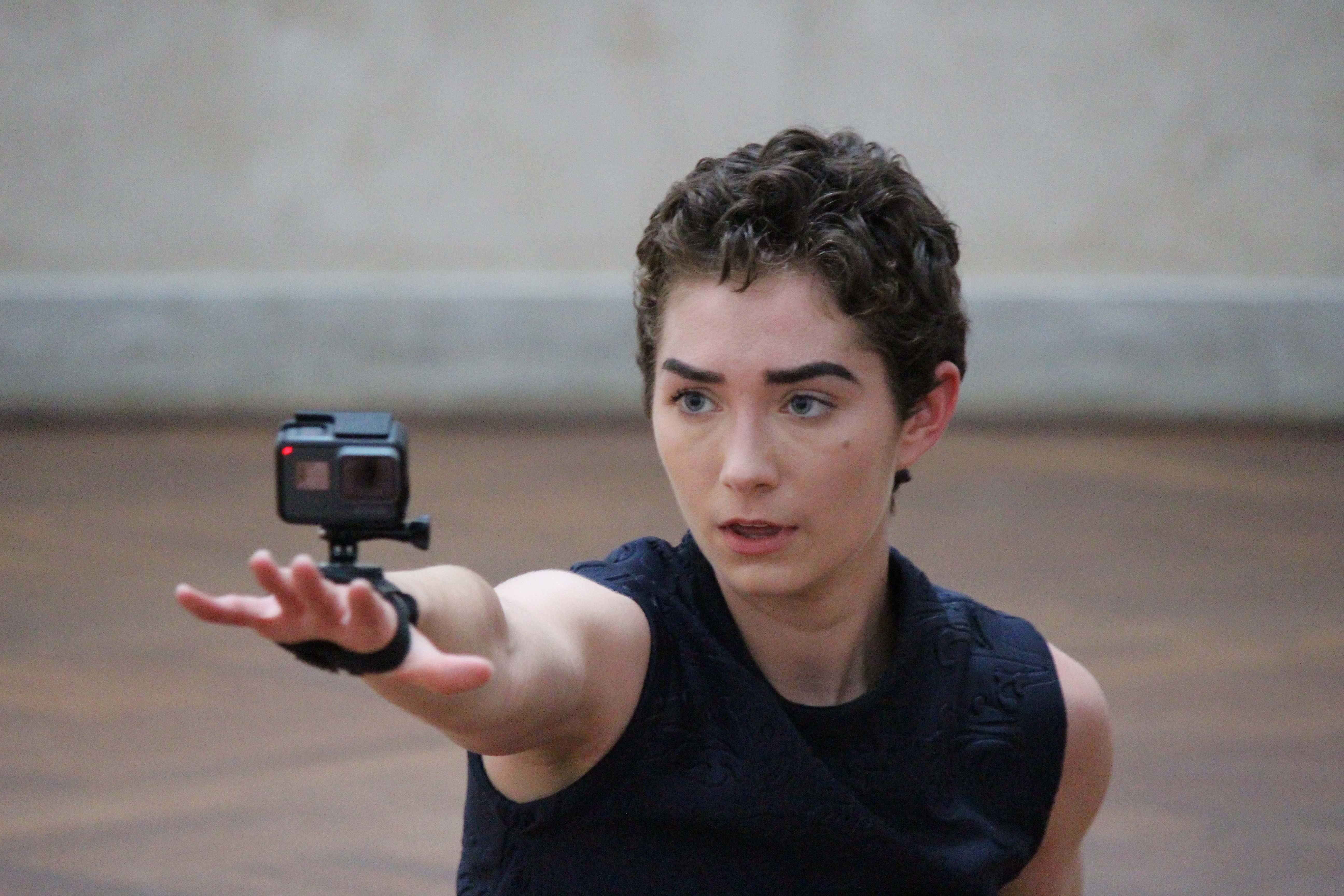 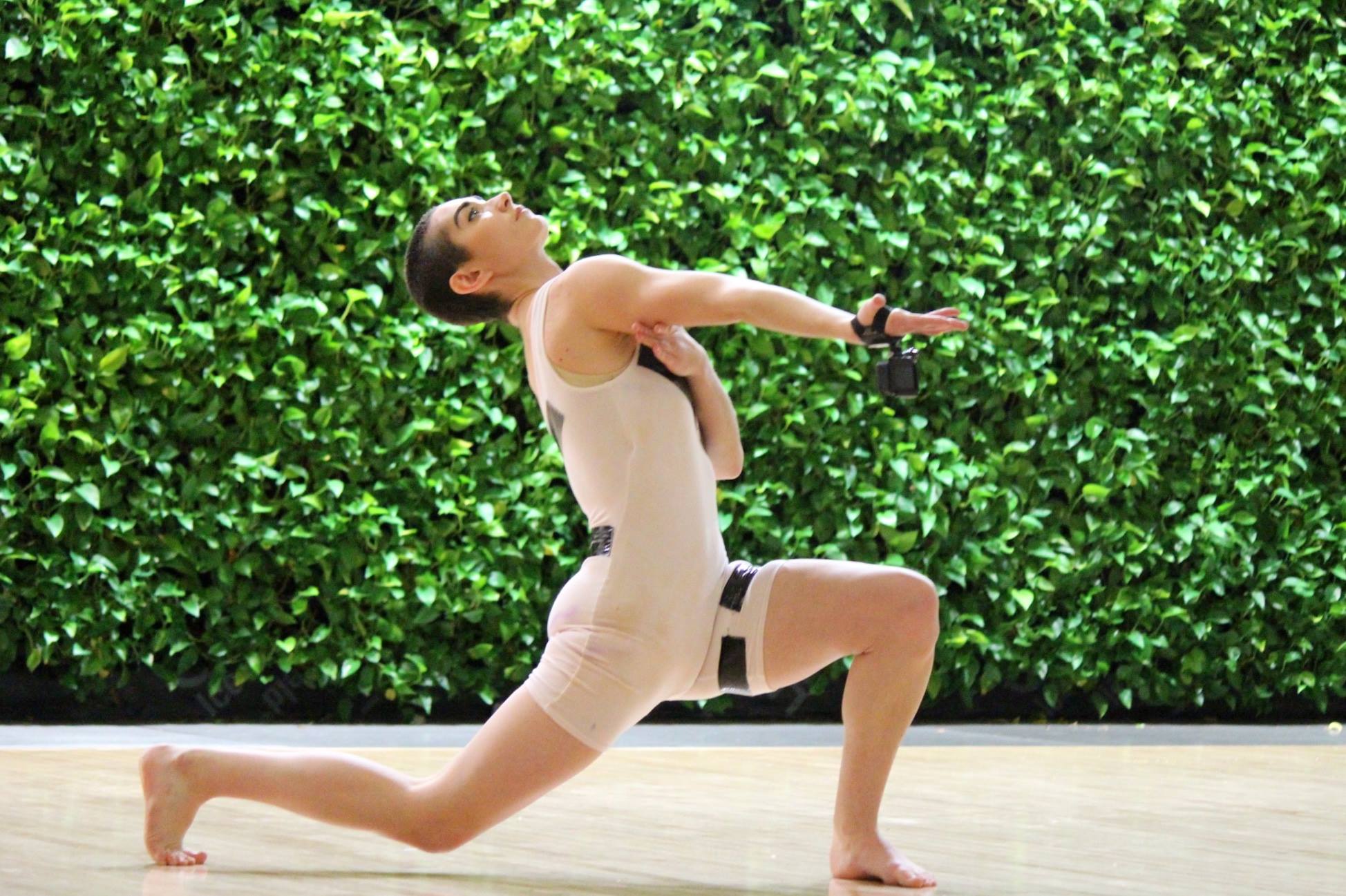 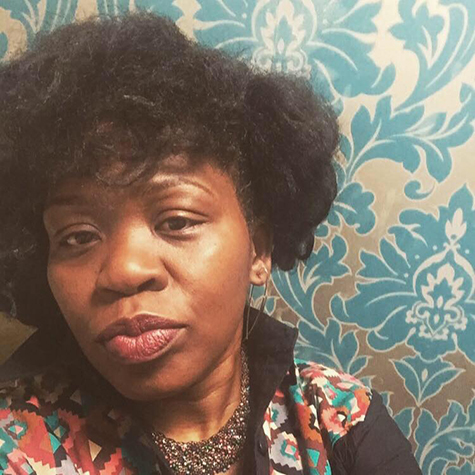 Born and based in Brooklyn, NY.

OlaRonke Akinmowo creates stop motion animations to expose the marginalized and oppressed experiences of Black womanhood and to celebrate her culture’s profound beauty and abundant creativity. Akinmowo founded and organizes the public art project The Free Black Women’s Library, which creates installations that amplify the work of Black women authors as well as public programming to launch books readings, conversations, and workshops. In her artistic practice, she forges videos within the movements of Black Feminism and AfroFuturism that combine digital text with collaged paper cut outs of natural imagery with black and white or cyanotype portraits that move across the screen. The narration that overlays her videos include spoken word, interviews, and speeches from contemporary orators and iconic personages. While Akinmowo’s videos animate cutouts of many historic portraits, the photographs themselves stay static as she brings new life to a fixed and nonfictional history.

Akinmowo has exhibited at Kunstraum LLC, EFA Project Space, Nurture Art Gallery and Westbeth Gallery, all NY, and Donald and Linda Silpe Gallery, Hartford Art School, CT. She has had residencies at Baldwin for the Arts and the Laundromat Project, has received fellowships from the New York Foundation for the Arts, Culture Push, and Robert Blackburn Printmaking Shop, and has received grants from the Brooklyn Arts Council. She holds a BA in Arts/Film Arts from Seton Hall University, a Certificate of Interior Design from the Parsons School of Design, and an MA in Interdisciplinary Arts from Goddard University. 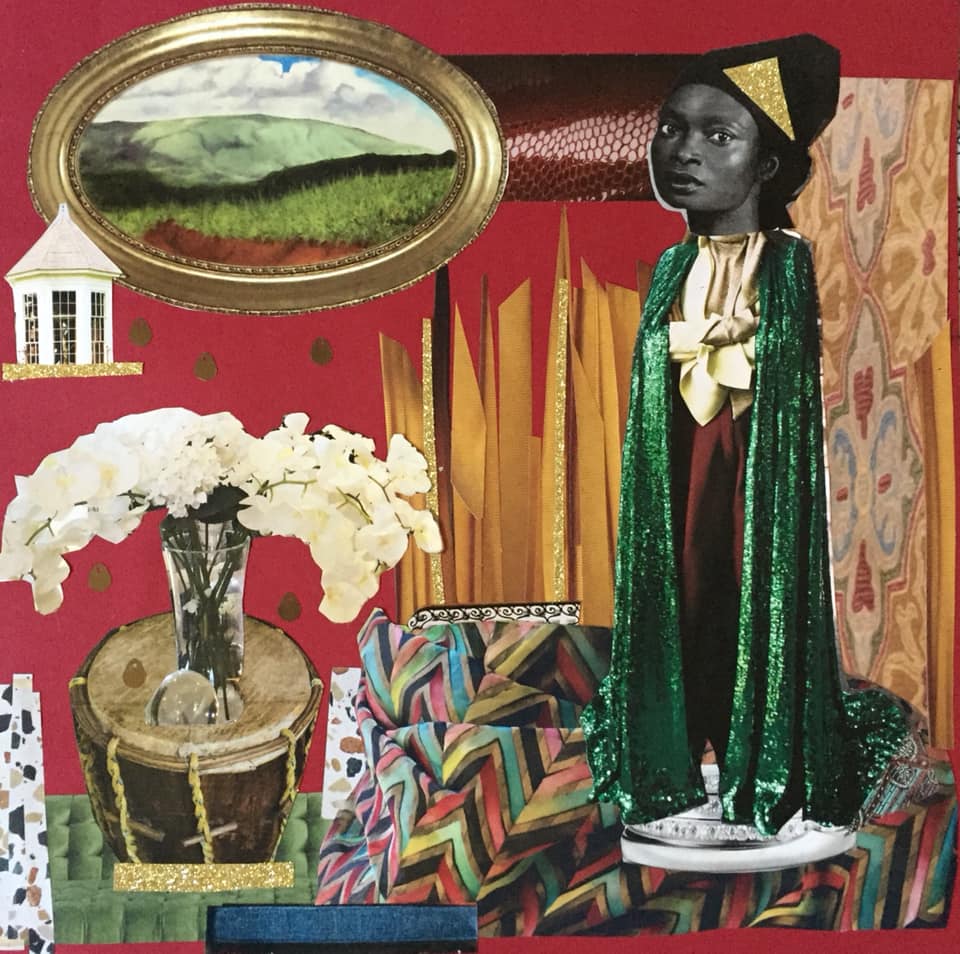 I want what I want. Hand-cut collage. 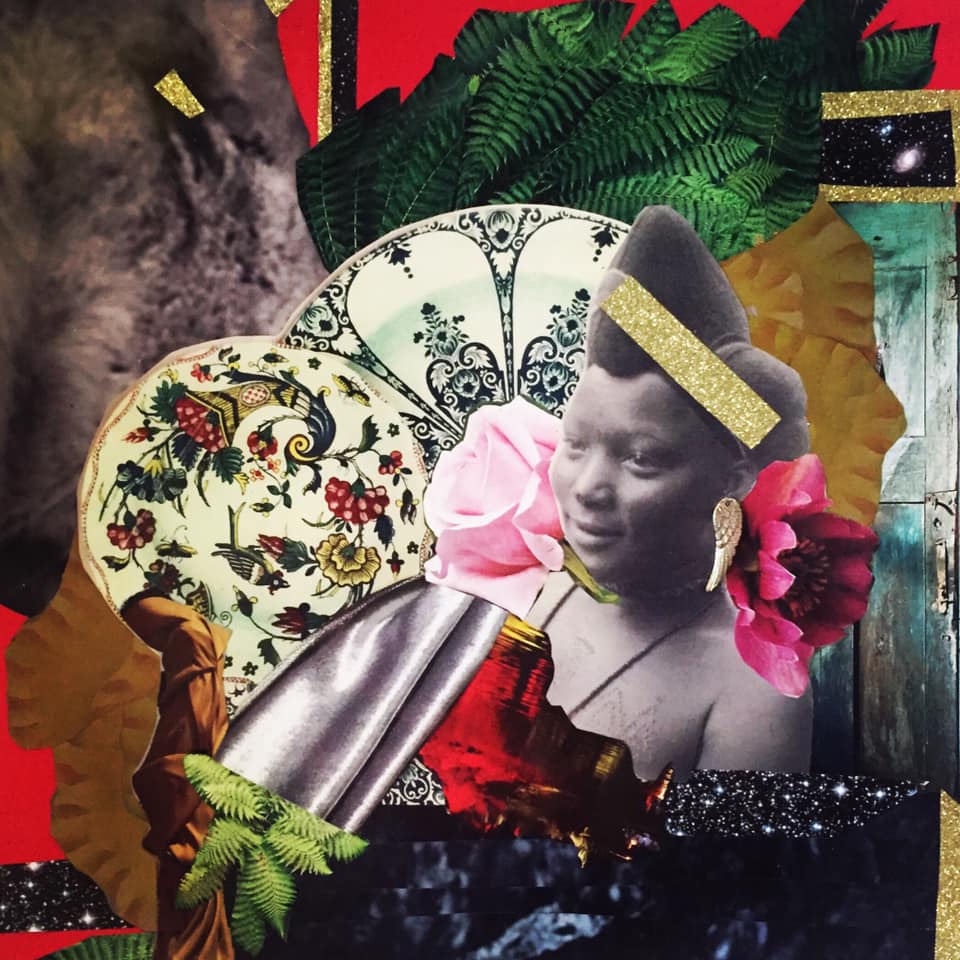 My heart is as open as the night sky, I aim to shine bright. Hand-cut collage. 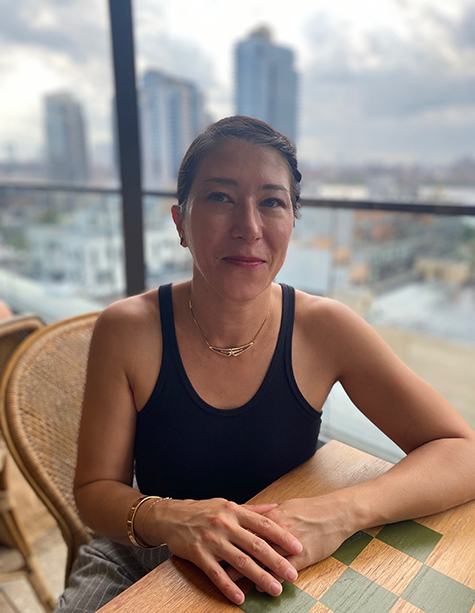 Born in Yokosuka, Japan; based in Brooklyn, NY.

Through jump cuts and splitscreen images that link contrastive scenes, Stephanie Powell exposes and dissects film’s power dynamics addressing exoticization, the female body, and race through her perspective as Japanese-American. Powell captures black and white footage with little movement and stitches them together, allowing for entrancing white noise to fill the spacious soundscapes of her films, and evoking a stillness not unlike the steadiness of her visuals. She references Japanese aesthetics, imagery, mythology, and figures, donning traditionally male Japanese masks. Powell reflects on the tensions in her dual identity: her relationship to the two cultures, her family, and both communities as well as her displacement amid different cultures often intersecting and moving past one another, existing in different worlds. She often projects these films in gallery spaces, coupling them with saturated lighting, neon signs, photographic stills from the videos, and large abstract sculptures.

Powell has had solo exhibitions at Schaefer Landing, Brooklyn, NY, and Vox Populi, Philadelphia, PA. Her group exhibitions include those at Guild Hall, East Hampton, NY; Aljira Contemporary Art Center, Newark, NJ; Boston Center for the Arts, MA; Mallorca Landings, Palma de Mallorca, Spain; Primo Piano LivinGallery, Lecce, Italy; and Chulalongkorn University, Bangkok, Thailand. She was in residence at Atlantic Center for the Arts and has received fellowships at Creative Capital and apexart, in addition to grants from the Sustainable Arts Foundation and the Jerome Foundation. Powell’s work can be found in the permanent collection at the Art Institute of Chicago. She has a BFA degree from the University of Oregon and an MFA from the School of Art Institute of Chicago. 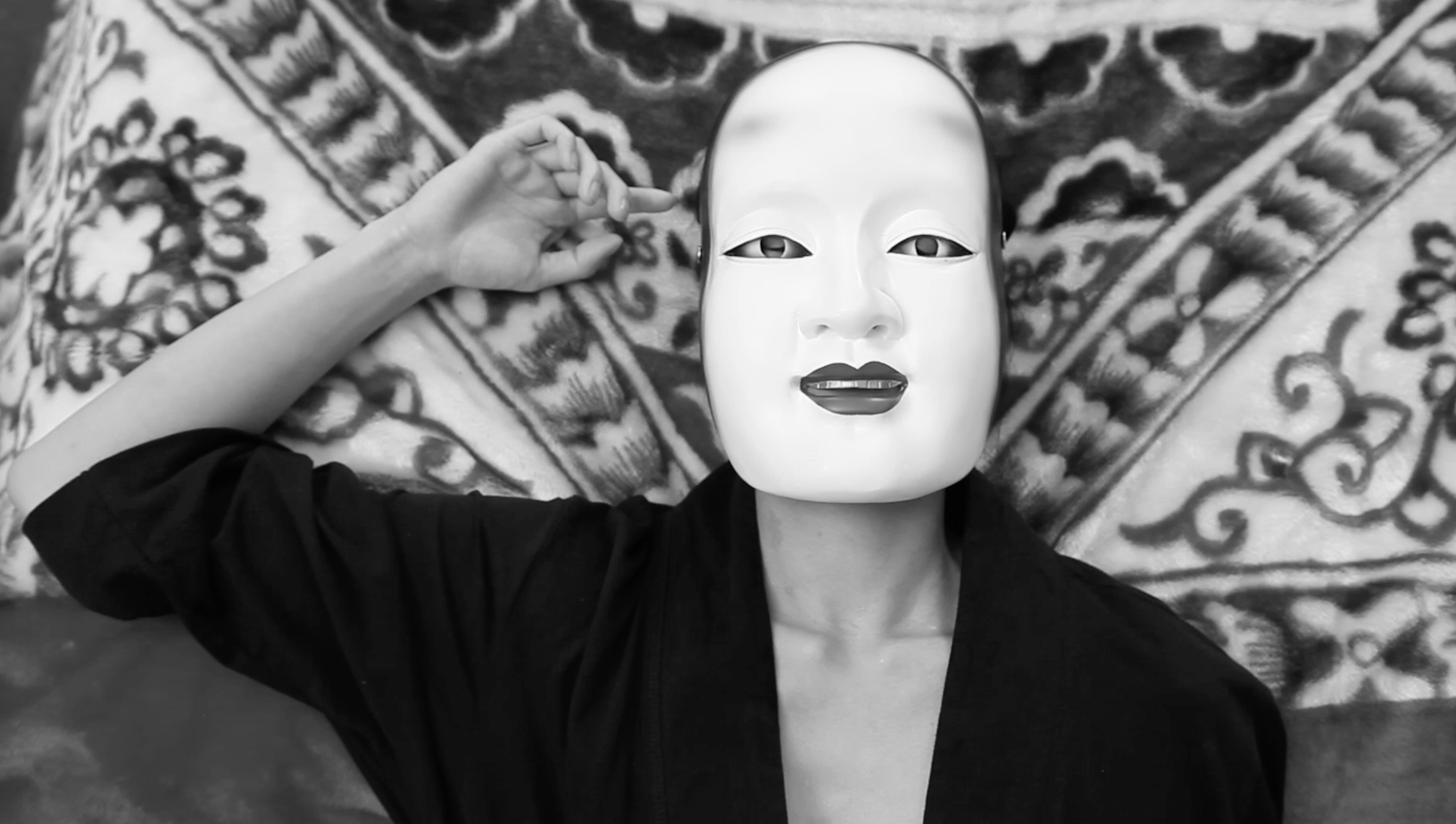 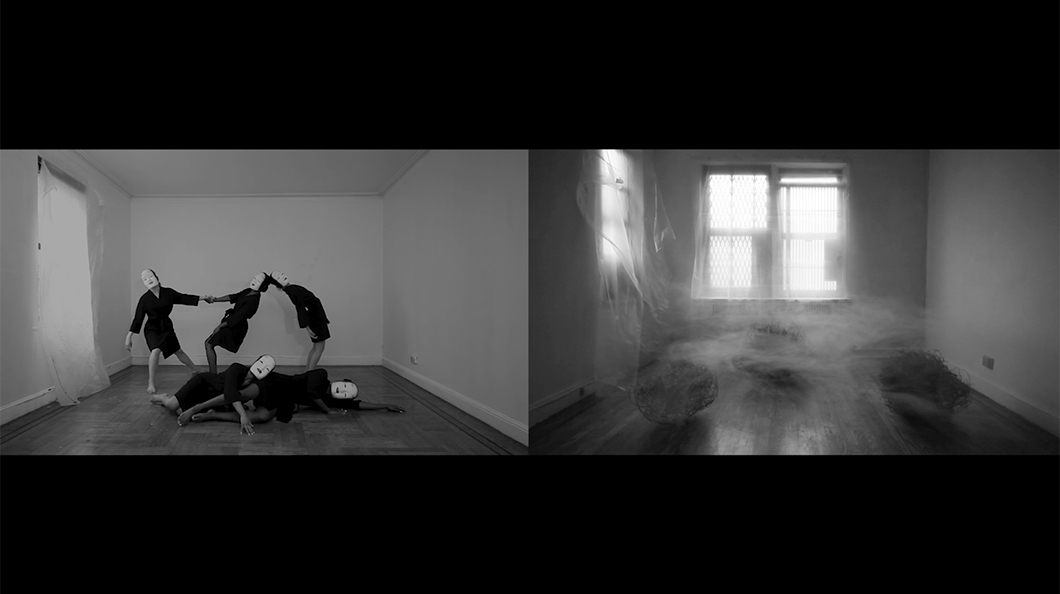 Still from ships in the night, 2019. Two channel video collaged into a single channel, 5:59. 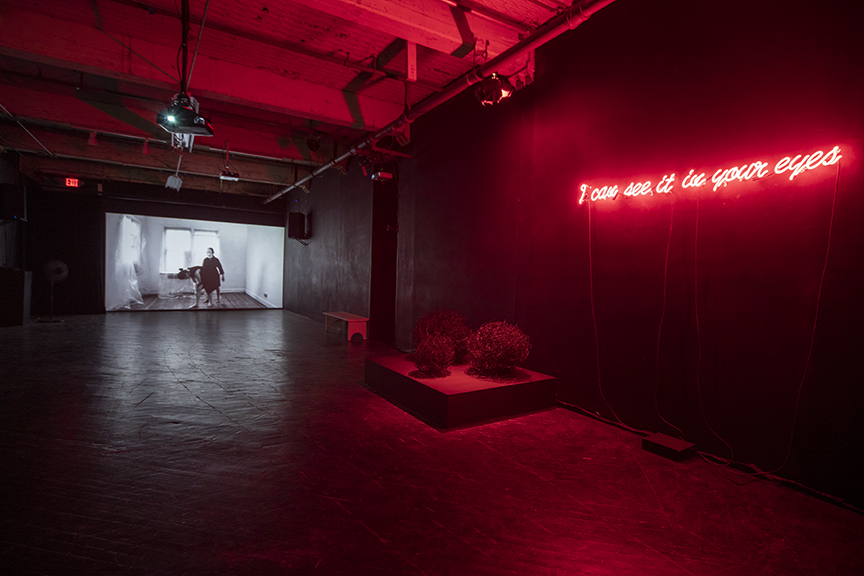 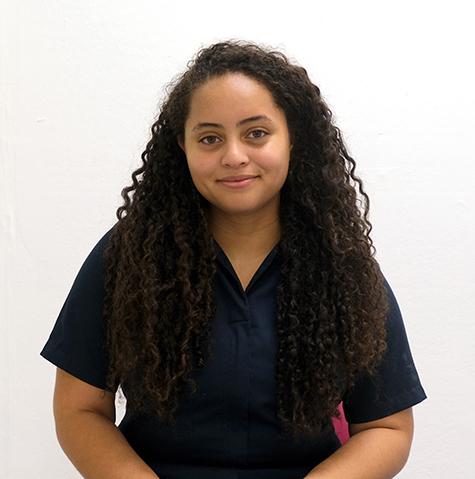 Born in Piscataway, NJ; based in New York, NY.

Through surreal animated collages, Tatiana Florival builds imaginary worlds and scenes that contemplate society, culture, and other mystifying aspects of human life: death, nature, and the relation between the mind and the body. Her videos take place in complex physical sets she constructs of rooms, houses, and outdoor spaces. She assembles footage from clips of live actors (often herself) in these spaces, animated drawings and photography, and special effects. Florival’s films are equally anchored in the recognizable and the impossible. To create her fictional worlds and narratives, she often repurposes imagery of various cultural references, such as the likenesses of Lin Manuel Miranda as Alexander Hamilton or an iconic portrait of Sojourner Truth. Florival tells stories with characters that already exist in our mental landscapes in a journey to understand, and suggest explanations for, natural yet incomprehensible phenomena.

Florival has exhibited at Studio 9D and Kunstraum Gallery, both NY; Bijou Theater, New Haven, CT; and Expose Gallery, ISB Gallery, Woods-Gerry Gallery, Expose Gallery, Granoff Center for the Creative Arts, all Providence, RI. She has had residencies at Mass MOCA and ​​Alfred University, and she also received a Fellowship for Black or Indigenous Artists at MASS MoCA and a Parent’s Council Fine Arts Internship Award. The artist holds a BFA from the Rhode Island School of Design. 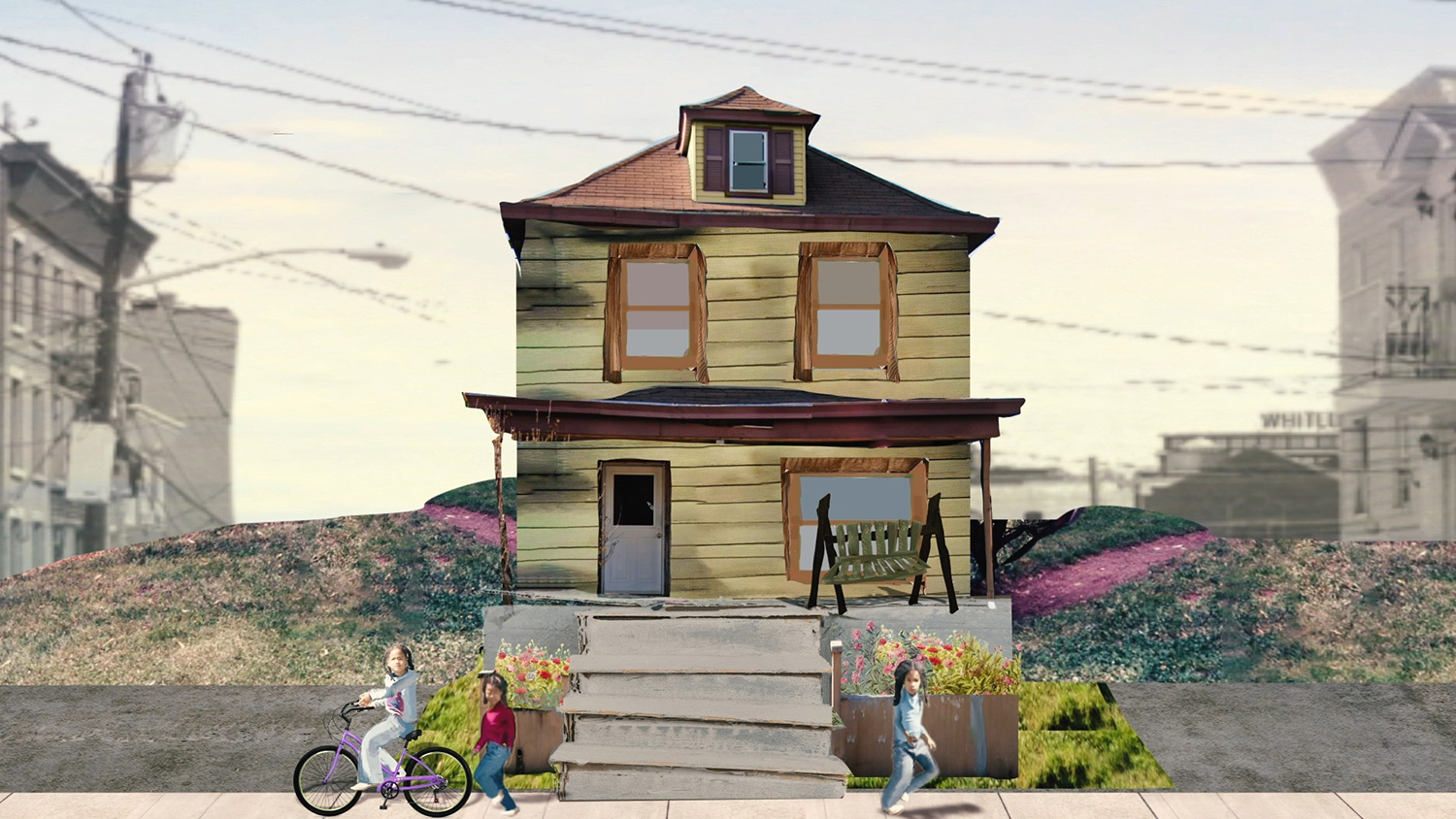 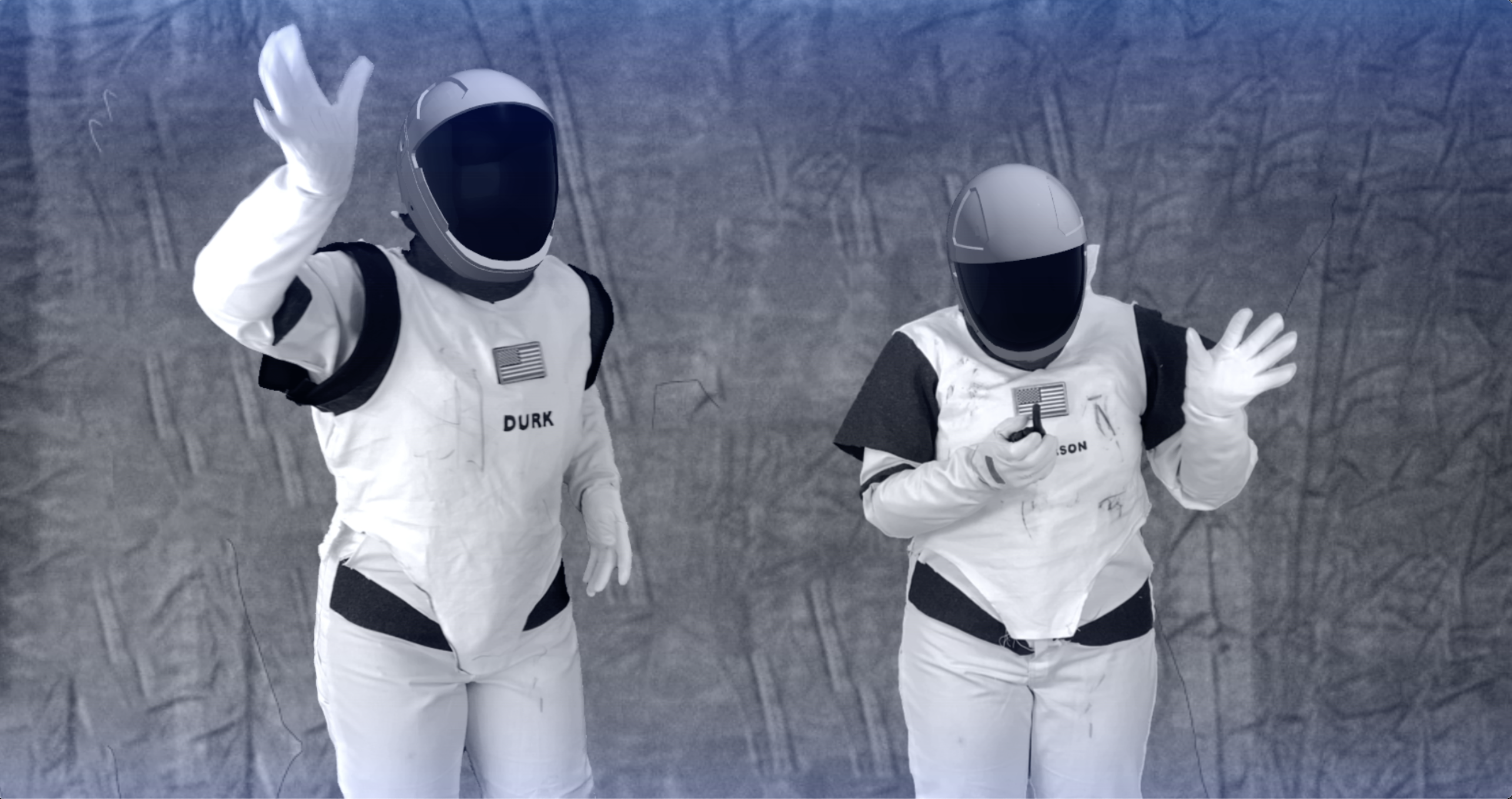 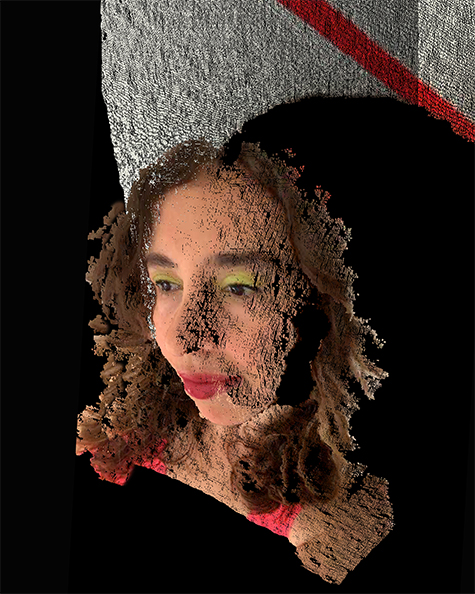 Born in Warsaw, Poland; based in Brooklyn, NY and Berlin, Germany.

With fast paced montages of shifting, shaking, multiplying, and flashing imagery, Tusia Dabrowska creates immersive renditions of the present and the future. Techno music, oral narration, and digitally manipulated voices, coupled with written text and film clips, enrich her intense imagery focused on abstract scenes both from the natural and digital landscape, and based in quotidian activity. Dabrowska often derives her imagery from Eastern European influences, especially Polish and Ashkenazi, to inform her aesthetics and mythology. Growing up in communist Poland, Dabrowska’s unique outsider view of American capitalism filters varied cultural concepts of organized society and unveils futuristic visions of political systems. Dabrowska’s videos also explore loss and belonging, with their sense of discombobulation suggesting dislocation as related to culture, immigration, and diaspora. She extends themes of displacement to humanity itself: the alienation and coalescence between body and mind and their technological intersection.

Dabrowska has performed and exhibited video and performance art at the Queens Museum and the Museum of Arts and Design, both NY; BRIC, Brooklyn; MOCO, Oakland, CA; and Circle 1, Berlin, Germany. Dabrowska has had residencies in BRIClab Contemporary Art, NYFA Performing Arts Boot Camp, mhPROJECTnyc, Konvent, and a Signal Culture Residency. She has received grants including an Asylum Arts Artist Grant and a grant from the Puffin Foundation. Dabrowska holds a BA from Eugene Lang College of Liberal Arts at The New School, an MPHIL from Trinity College, and an MFA from New York University. 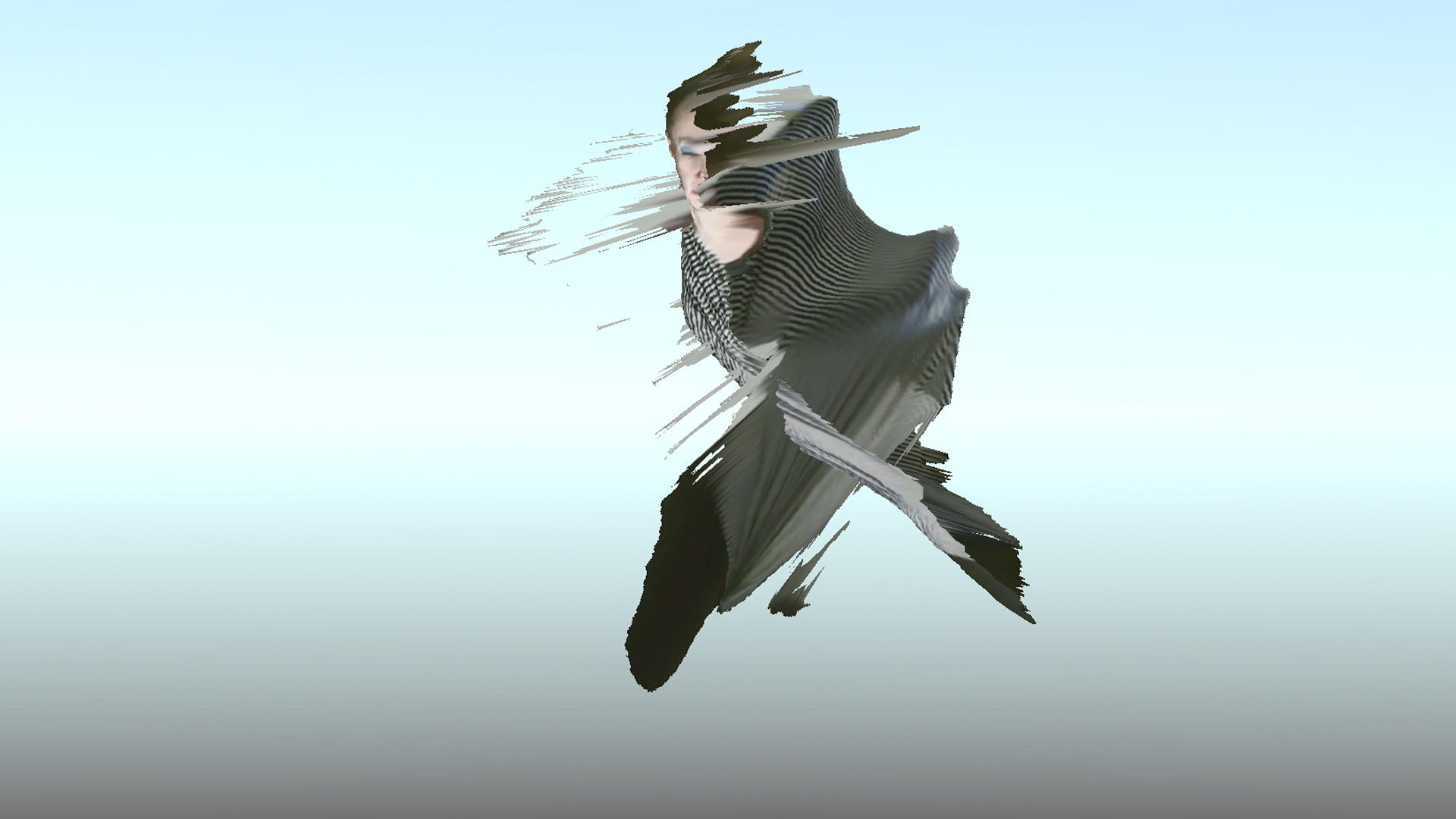 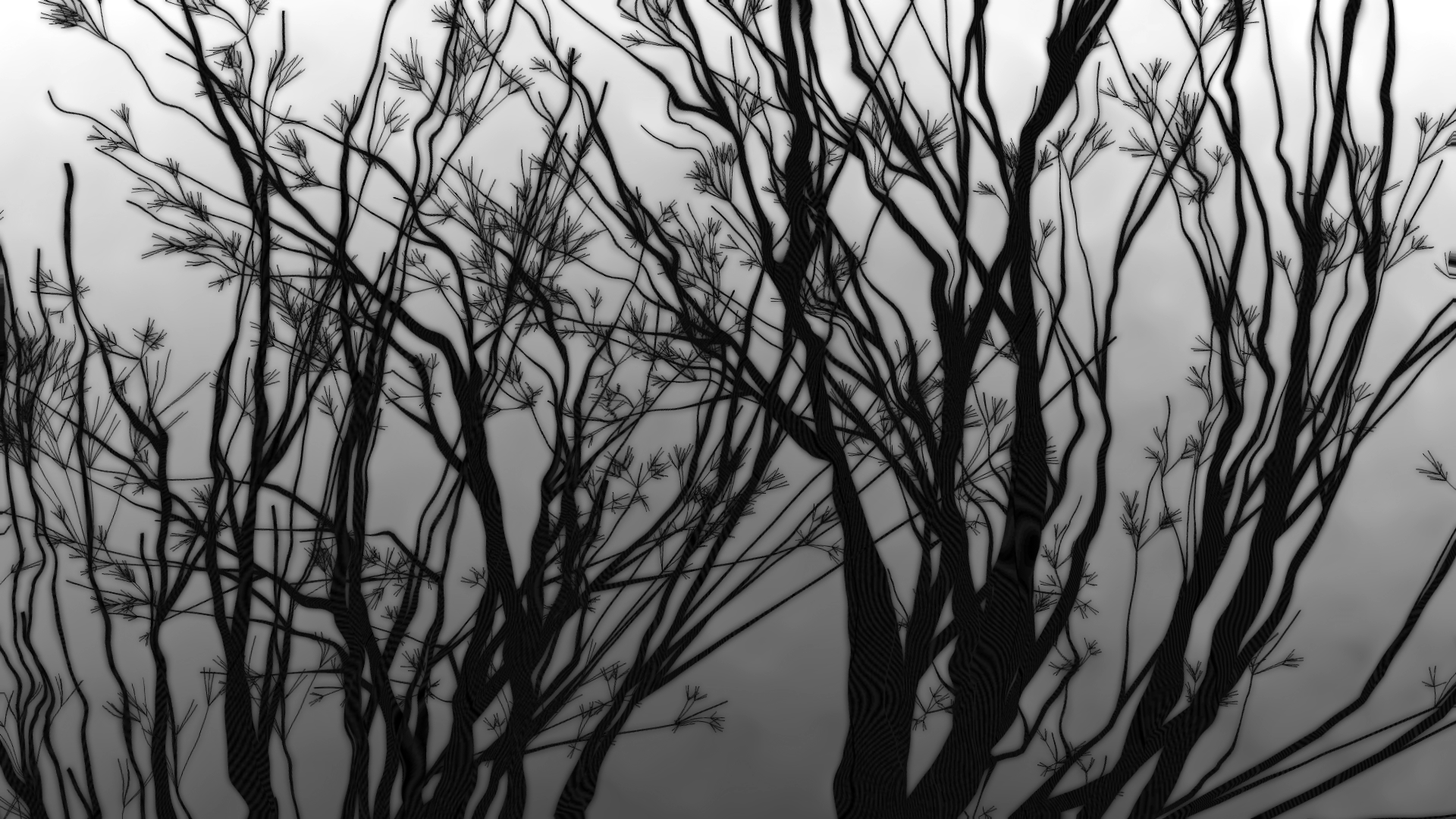 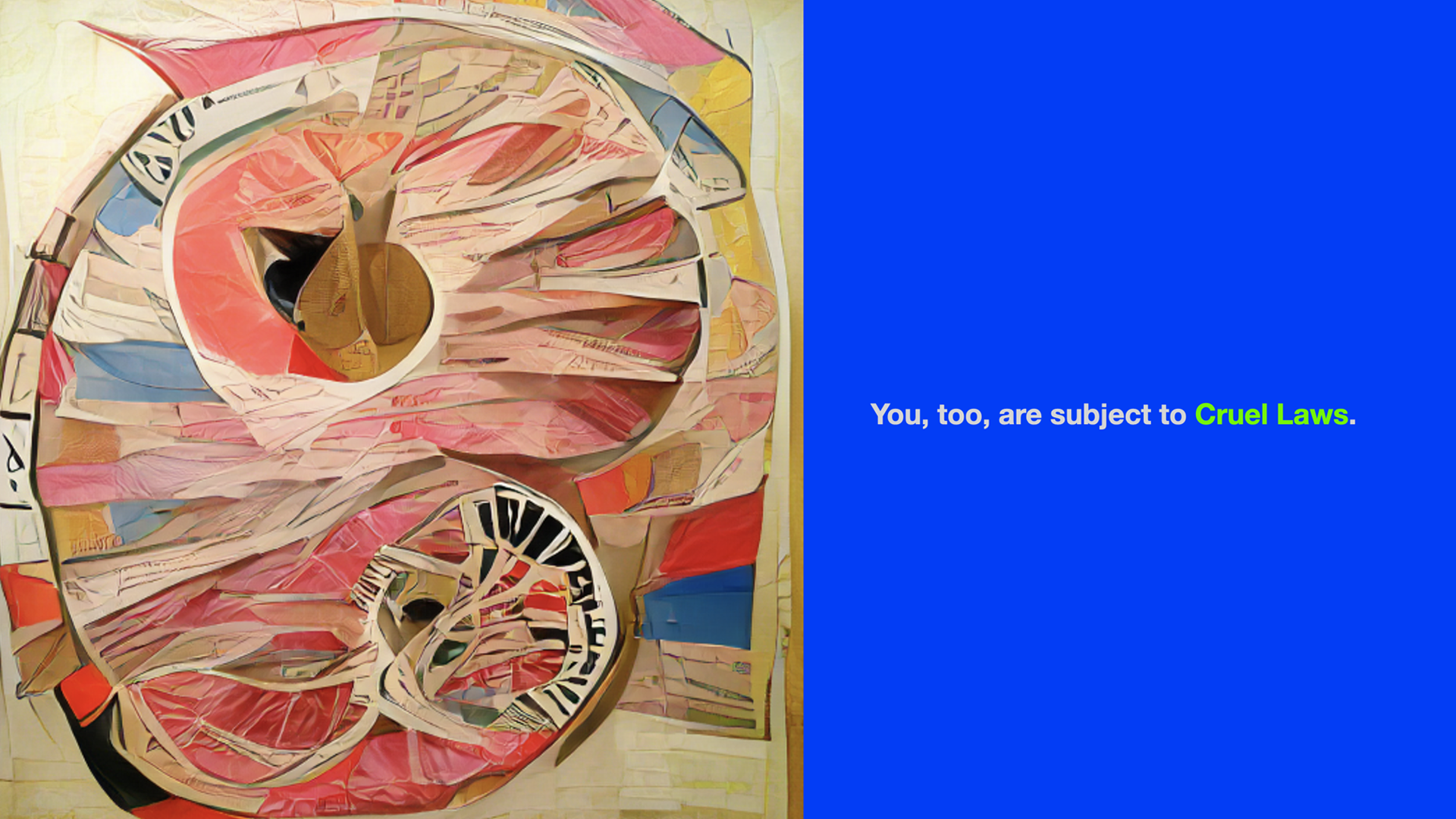