BACK TO MAIN B FREE AWARDS PAGE

How does voting for B Free Awards People's Choice work?

YOUTUBE VOTING: How does voting work for shows that aired on Brooklyn Free Speech TV?

Simply go to the Brooklyn Free Speech YouTube page (YouTube.com/BFreeBK). In the B Free Awards 2019: People's Choice, VOTE TODAY! playlist, you’ll see the videos that have been submitted for this year’s awards show. Watch one, or all of the videos and once you find a fave click the “thumbs up/like button” and that’s it!

SOUNDCLOUD VOTING: How does voting work for shows that aired on Brooklyn Free Speech Radio?

Simply go to the Brooklyn Free Speech SoundCloud page (https://soundcloud.com/bfreebk/sets/b-free-awards-2019-peoples-choice). In the B FREE AWARDS People's Choice (B Spoke), VOTE TODAY! playlist, you’ll see the videos that have been submitted for this year’s awards show. Watch one, or all of the videos and once you find a fave click the “heart/like button” and that’s it!

Is there a limit to the number of videos or podcasts for which I can vote?

No, there is no limit. Vote for as many videos and podcasts as you'd like!

Is voting counted by likes or views?

Voting is ONLY counted by the number of likes that a video or podcast gets.

When did voting open?

When does voting for B Free Awards People's Choice close?

HELP ME! I have a question about B Free Awards People's Choice

What are the B Free Awards?

The 6th Annual B FREE AWARDS will take place on Saturday, April 6, 2019 at BRIC House and celebrate the free speech crusaders who every week air over 650 hours of television programming on Brooklyn Free Speech Television. We’re rolling out the red carpet for the dedicated producers who share their programs with the community.

Have a question about the B FREE AWARDS? Email us at BFreeAwards@BRICartsmedia.org.

When and where will the 2019 B Free Awards be held?

What is the eligibility period for entries for the 2019 B Free Awards?

What is the submission deadline for B Free Awards 2019?

How do I submit my content for the 2019 B Free Awards?

If I'm nominated (B Free Awards honoree), when will I be contacted?

When will I be able to reserve my tickets for B Free Awards 2019?

How does the People's Choice category work please?

Keep in the know about all things #BFreeAwards by following / liking us.

ACCESSIBLE SUBWAY STATIONS
B Q R to DeKalb Avenue
B D N Q R to Atlantic Avenue—Barclays Center
Looking for the full list of MTA accessible subway stations in Brooklyn? Here it is!

Travel Alert: Please confirm bus and subway service on the MTA website as there are frequent weeknight and weekend service interruptions.

Tell the driver you're going to 57 Rockwell Place (Between Fulton Street & DeKalb Avenue). It'll be much easier for them to find our building and you'll be dropped off right in front of the door.

From downtown Manhattan or the FDR Drive
Take the Brooklyn Bridge. Turn left on Tillary Street. Turn right on Flatbush Avenue. Turn left on Fulton Street and drive one block. The BRIC Media Center which is housed in BRIC House will be on the left; parking is on the right.

From Manhattan's West Side
Take the West Side Highway to Canal Street. Exit left onto Canal Street. Canal Street feeds straight into the Manhattan Bridge. Across the bridge, continue straight onto Flatbush Avenue. Turn left on Fulton Street and drive one block. The BRIC Media Center which is housed in BRIC House will be on the left; parking is on the right.

From the BQE (East or West)
Exit at Tillary Street. At the second light, turn left onto Flatbush Avenue. Turn left on Fulton Street and drive one block. The BRIC Media Center which is housed in BRIC House will be on the left; parking is on the right.

Street Parking
While there are metered and alternate side of the street parking spaces in close proximity to BRIC House, we advise that you take public transportation. If you are planning to drive, we strongly advise that you read all parking signs very carefully.

For your convenience,  here is a link to the New York City Department of Transportation's website for more information about alternate side parking rules and suspensions.

Parking Garages
For your convenience, check out this site for a list of the parking garages in the Downtown Brooklyn area.

For your convenience, BRIC provides free, sidewalk bicycle parking directly in front of BRIC House.
Please make sure to bring your own lock and please also be sure to lock your bike securely.

Looking for the New York City Bike Map? Here it is!

What is Community Media?

Community Media (Public Access Television) was developed by Congress in the early 1970s to ensure that local communities would have access to the burgeoning cable networks so they could provide local programming within the global system. Brooklyn residents can apply for free channel time on Brooklyn Free Speech and cablecast shows of their own making to a mass audience— as long as they are non-commercial in nature. In addition, local viewers will be provided with programming created mainly for local residents. In many locales, Public Access Television stations also provide television production training and equipment.

What does B-R-I-C stand for?

It could stand for:

We encourage you to have fun with it. So B Free Awards FAQs reader, what does B-R-I-C mean to you? We know how creative you are, so email us at BFreeBK@BRICartsmedia.org, and let us know what you come up with.

What is Brooklyn Free Speech?

BRIC was designated the Community Access Organization for the Borough of Brooklyn in 1988. A development plan for creation of a full-scale, community-based media outlet for the entire borough was devised. The result is the BRIC community media program known today as Brooklyn Free Speech

Hey, but didn't your name used to be "BCAT TV Network?"

Yes, you're absolutely right! Our network channels were called BCAT but we changed our name from BCAT TV Network to Brooklyn Free Speech in 2013.

Why did you change your name?
While we love the name BCAT—and it still holds a special place in our hearts—we wanted a name that effectively communicated our expanding community media channels as a network that spotlights the work of talented artists and media makers across the borough.

Read more about our history here!

Now that I know more about Brooklyn Free Speech, where can I watch?

THIS IS THE PLACE WHERE MEDIA DREAMERS BECOME MEDIA MAKERS!

Watch the diverse and exciting programming Brooklyn Free Speech has to offer. 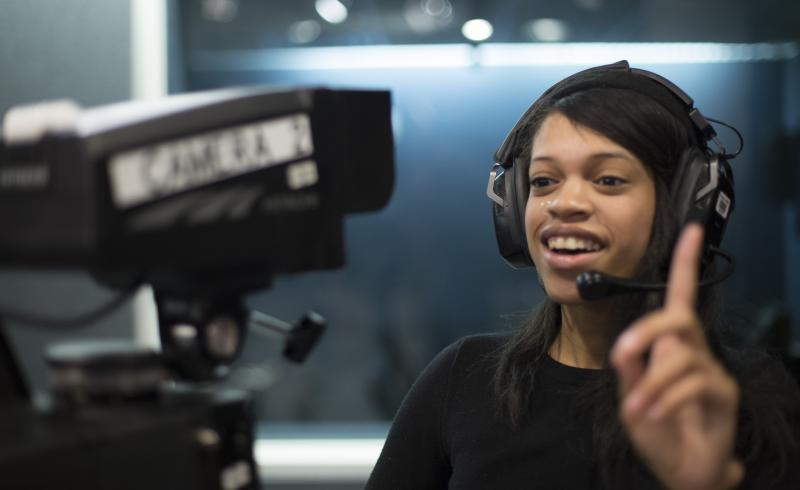 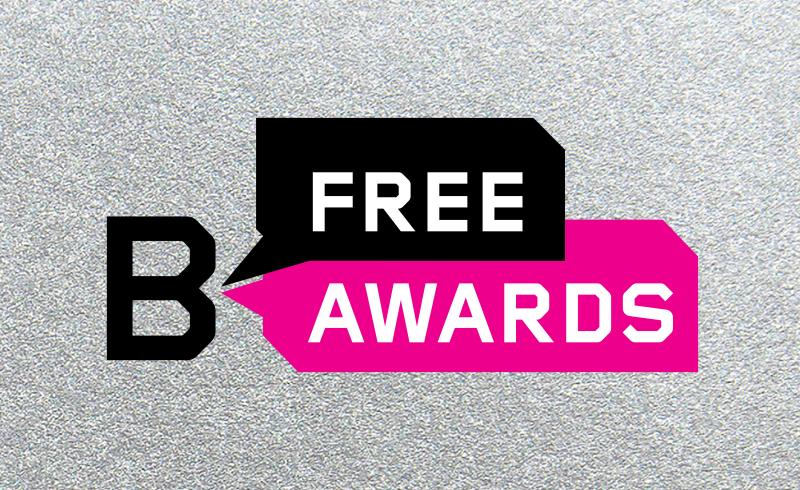 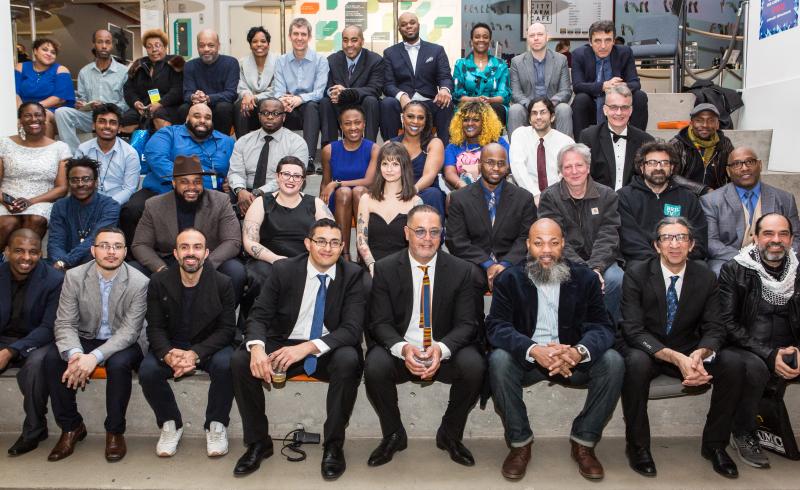