“My work manifests collective psychic space as a means of investigating social practices, policies, and exchanges. I am interested in the seamless process of synthesizing invisible constructs into what commonly function as 'inevitabilities.' This pursuit takes shape through interdisciplinary bodies of work that investigate these phenomena from multiple angles of inquiry.”

Q&A Intro: Kambui Olujimi is a multidisciplinary artist who grew up in the Bedford-Stuyvesant neighborhood in Brooklyn. His work has included large-scale sculpture, painting, installation, photography, video, and performance. Olujimi is equally influenced by and often combines such abstract, scientific realms as cosmology, multiverses, physics, and quantum forces with the intimacy of mundane objects like vernacular photographs and hand-me down furniture. Olujimi joins our interview phone-call on a bicycle ride back from a lake near his house in Queens. With talk of herons and geese, Olujimi affirms the importance of being connected to nature right now. In our short chat, the artist talks through the significance of his recent collaboration with Trinidadian designer Anya Young Chee, the changes the pandemic has brought to his art practice, and why artists will always represent the times they live in.

CD: Do you feel like your artistic practice has been affected by the pandemic?  I feel like there are a lot of people claiming that New York is dead. How do you feel about that as an artist and a native New Yorker?

KO:When the pandemic hit, a lot of people had to decide where their home was and it wasn't here. But there's a lot of New Yorkers that are staying here. I'm interested to see what happens to New York when it's not full of luxury tenants. And who knows, the city has lived a lot of lives. We'll see what it becomes but it sure ain’t dead.

CD: And your practice, how has it changed?

KO: Well, for a number of months, I didn't go to the studio and I started making work that was small and much more responsive in terms of the speed and content. A lot of my sculpture work is about finding the right material, which involves walking and going to different neighborhoods and experimenting with materials. And those are three things: experimenting with materials, going to try stuff out in person, and walking around and having interactions with people was all affected by COVID. 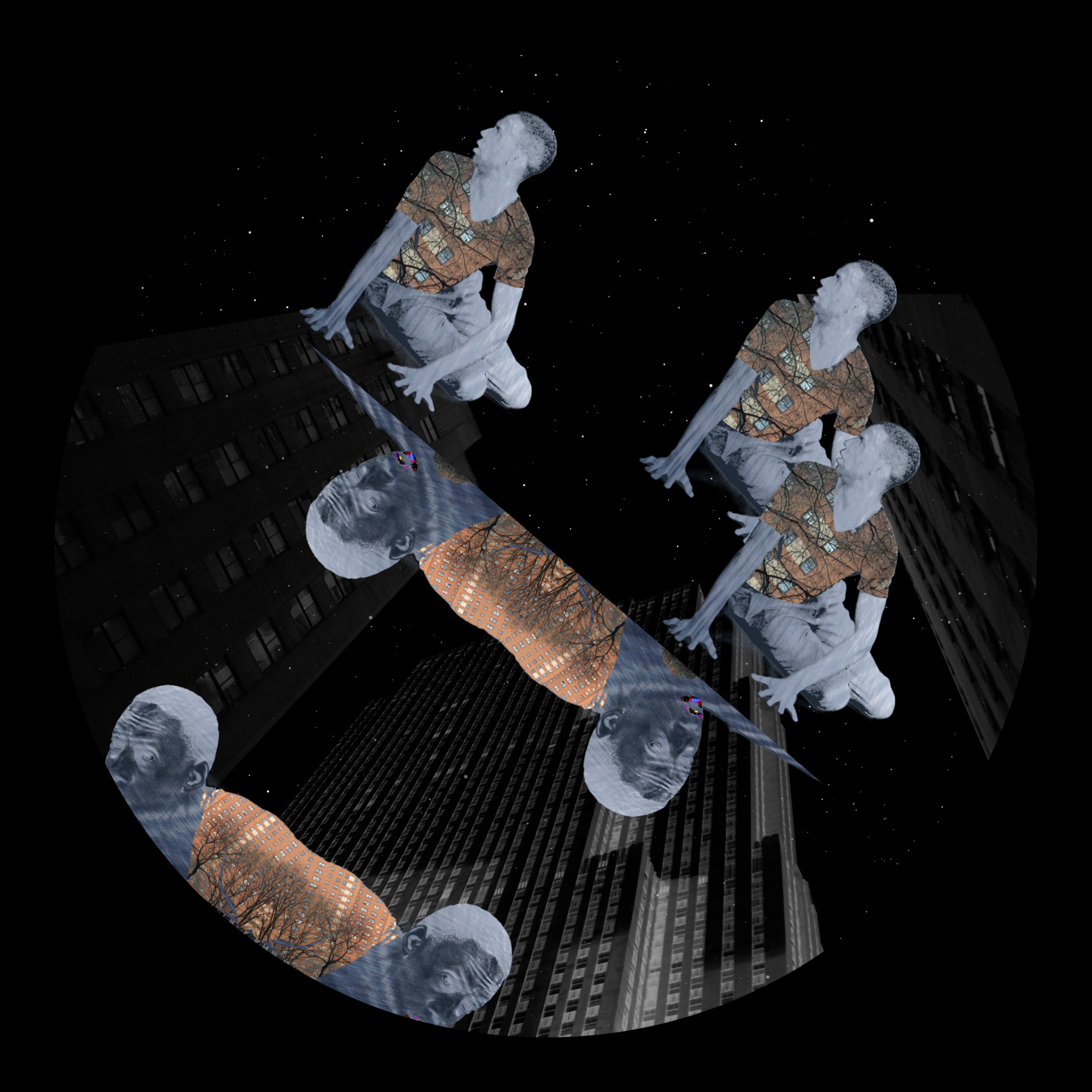 Skywriters, 23 minutes, 2018 [video still]
A full dome planetarium film made for the Newark Museum’s Dreyfuss Planetarium in 2018. This short film uses video footage to fill the silhouettes of characters and objects, layering and weaving additional meaning into the narrative.

CD: Can you talk about your recent cloak collaboration with Trinidadian designer Anya Young Chee?

KO: We are a group called the Wide Awakes, inspired by a group of abolitionists who supported Abraham Lincoln and defended him with rallies and marches throughout the country. They helped him get elected and supported anti-slavery legislation. The Wide Awakes are a new creative re-imagining of that collective. They would wear these cloaks and carry these lanterns. The oil and wax would fall down and so they had these quilts to protect them. At Black Rock, a residency in Dakar, I did the prototype for these first cloaks.

CD: The writer Toni Morrison once said in response to political and social despair, “This is precisely the time when artists go to work. There is no time for despair, no place for self-pity, no need for silence, no room for fear.”
Is any of the art you’re making right now incited by the events of the last few months?

KO: We can talk about Redlining. We can talk about The Great Migration. We can talk about the Wells Fargo scandal. We could talk about so many things. Eric Garner, Mike Brown and Sandra Bland. So I hesitate to discuss the oppression and abuse that is happening right now and getting a lot of attention as singular, or as isolated. I think for me, there's a danger in thinking about it in that way. I never and continue not to think of artists as somehow separate. So this time is no different.

CD: What does the Colene Brown Art Prize mean for you?

KO: It was great to be acknowledged by peers for the work that I do. All the people that were involved were very esteemed colleagues, from the nominators to the jury. So it was really nice for them to award the prize to me.