“The paintings I create depict neglected architectural spaces with traces of both their former human inhabitants and the external forces that brought about their desolation. These rooms, halls and passageways reflect the narratives of the people who lived within them. The violence of those former dwellers’ removal remains ingrained in the histories of these spaces, and through the process of making my work, I reconstruct them to retell the human narratives embedded within their walls.”

Q&A Intro: Naomi Safran-Hon was born in Haifa, Israel, and is now based in New York City. Safran-Hon describes her mixed-media paintings, which often combine print, fabric, canvas and cement, as a depiction of neglected architectural spaces with traces of both their former human inhabitants and the external forces that brought about their desolation. The artist embarks on a process of reconstructing domestic structures in her work to retell the human narratives embedded in the walls left by past dwellers. In our correspondence, the artist references Warsan Shire’s gutting poem “Home” where Shire writes: “No one leaves home unless home is the mouth of a shark”, she talks about the sacrifices of leaving Israel to pursue a career in art, and her brimming excitement, sparked by the reopening of her neighborhood fabric store during the pandemic.

Chenée Daley:  Have you given any thought to your immigrant background and the idea of an artistic home amidst this pandemic and the political upheaval in the US?

Naomi Safran-Hon: I grew up in Israel, where protests and dissatisfaction with the government is a part of life. So it was exciting to see that taken to the streets; this is what we should do. I think that during the pandemic, I realized how much home is like a global concept. It kind of emphasized something that I already knew, that like everybody has a relationship to home. That home is a complicated place. That some people like being home and some people hate it. For some people home is safe and a sanctuary. And for some people home is a nightmare. I think that with the pandemic, it kind of polarized this situation. People who had a good home situation enjoyed being home and adapted, and people who had a really difficult home environment, it just probably made that even worse, having nowhere to escape.

As an immigrant, the comfort of home doesn't exist within the four walls of your physical house. I think the relationship between belonging and home is very interesting. Is it a feeling or a smell? Or certain people? I might have left my physical home in Israel but it's inside me. I am an Israeli and nobody can take that away for me. This is my culture, my language, the sunshine that raised me.

When I came to America and I had a really hard time adjusting. In talking about longing and homesickness with my uncle, he said to me; every place I go, I have my cigar, I have my cologne, I eat Italian food and I feel at home.

In thinking of abandoning one’s home, the word abandoned is passive. Like my hometown, we often have to leave our home forcefully. We have no choice, but to leave our homes due to immigration. You don’t leave willingly. You leave because you want a better life.

CD:  Can you speak more about how you navigate those cultural and geographic separations in your work?

NSH: We're talking about a global relationship, because everybody from every place has a relationship to home. It's different for each person and each culture. I find that in order to make work, it needs to be very specific. So I only delve into my own feelings and consciousness. I focus on where I grew up because that's what I know. Whether it's looking at my work and relating it to the pandemic or the aftermath of Sandy or Katrina; there are so many reasons why our homes are in a state of flux or danger. Even now,  I moved into a new apartment and found little bits of the history of that apartment. Every space has a history. I’m here, but my heart is somewhere else. It's not that I don't want to let it go. It's just part of who I am. And so I indulge in that. 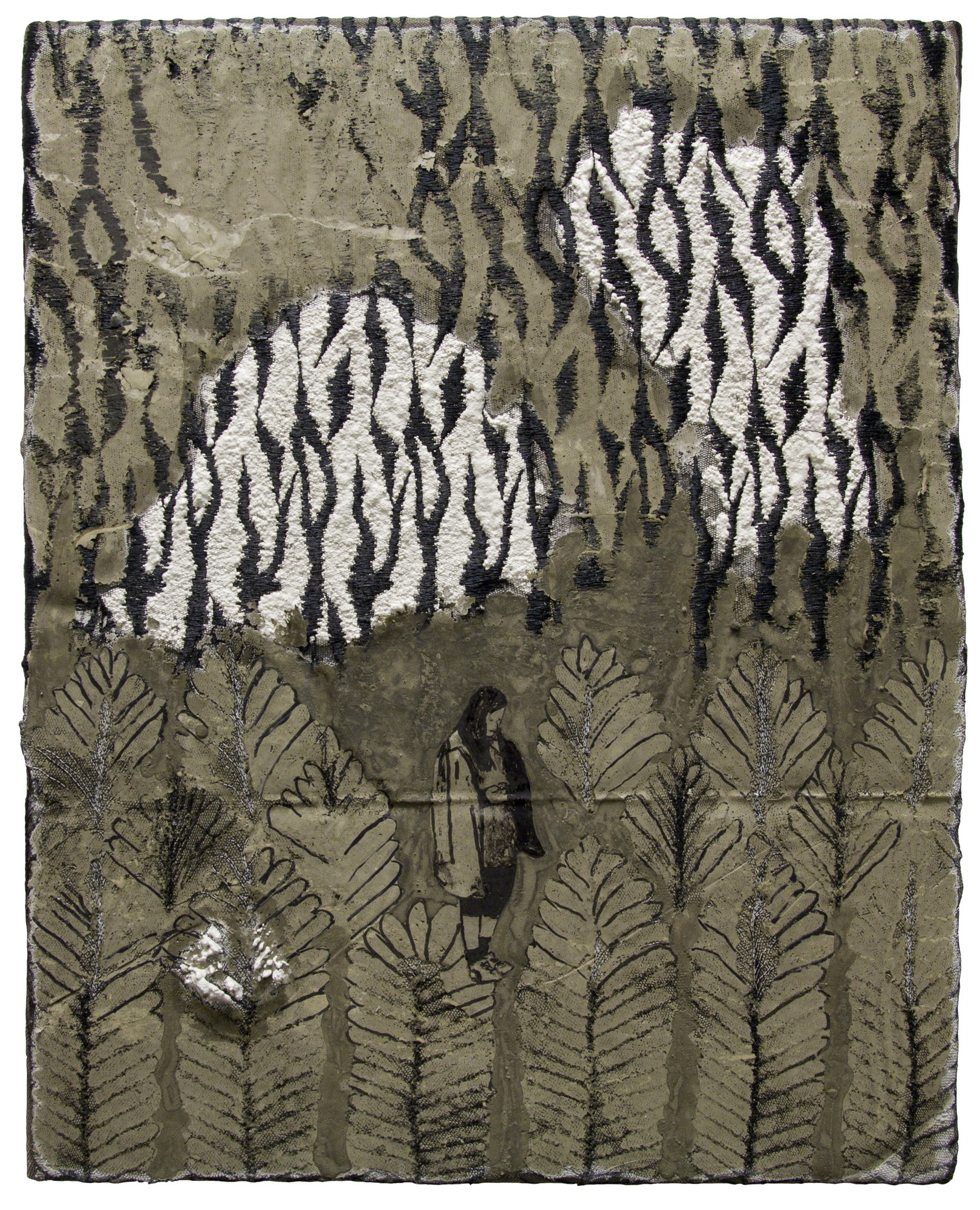 When Our Walls Were Green It Was all Different, 2019

CD: Rarely, in interviews, do we get the backstory of the kind of sacrifice it took to move to the US to pursue an art career. Tell me that story and why you left Israel.

NSH: I think you can answer this question on many levels. There is what you tell yourself when you are 20-years old, versus what you tell yourself 16 years later what you were thinking at 20. The intimate, personal reasons you tell friends and family. In Israel, you have to go to High School, choose a major in order to matriculate. I chose to go to an art high school and major in photography. So I wanted to be a photographer and I had this idea that I could be a commercial photographer by day, and then do my art at night.

How would I make a living? I would just be a fashion photographer, newspaper photographer all day. So I did photography for three years in combination with high school, like everything else. Right. It was  very intense but it was a great program. I saw a documentary about James Nachtwey–I think I always wanted to be a Magnum photographer in my dreams–I walked out of it like no way can I travel to war zones and take photographs for a living. Then by chance I met Candida Höfer and I think that had a big influence on being an artist and a photographer. I also really wanted to leave. I decided I would not go to the Israeli army and declared myself a conscientious objector. And then I did a year of civil service instead after high school. And during that year, I applied for a scholarship to go to Brandeis in Boston. I felt very strongly about my craft but I needed to understand painting. In Israeli, the art world is more towards the conceptual, you choose the media for your ideas.

CD: What is inciting or exciting you right now? What are you thinking of, in terms of new work? And the future?

NSH: I get very excited by finding new materials. At the fabric store, I browse and find new lace pieces, of patterns that I love. I cried when I saw my local fabric store reopen after months of closure. I find inspiration from making work. The more work I put into it, the more it gives me.

CD: Is there any work you're making that have themes in common right now?

NSH: Yeah. I usually work in groups of pieces and so they might influence each other or relate and I'm thinking more about nature because I guess maybe that’s on everybody's mind these days. I'm making a new piece that doesn't have architecture, it's just nature. I'm excited about that. And I've been thinking about also making fire paintings with cement. I use cement in almost all of my work, as a medium like paint. I've been collecting newspaper images of the fires and they were so attractive, seductive. So beautiful in destruction, in terms of the imagery.

CD: What does winning the Colene Brown Art Prize mean for you?

NSH: It's so exciting. I just feel validated. It’s really important for me, that the work be seen. To not just make it. I want it to go out into the world.  I think winning this prize is a way for the work to be ushered into the world. It's a way to get into places and be recognized by people who couldn't see it before. It's a way to get feedback from my peers and colleagues. It's also my first prize since graduate school and it's been a decade since I graduated. So I'm very, very excited and honored and I love Brooklyn. So I'm excited. It's from a local. My new home away from home.

Listen to the full interview: