It's Time to Rebuild and Reimagine our Arts and Cultural Sector 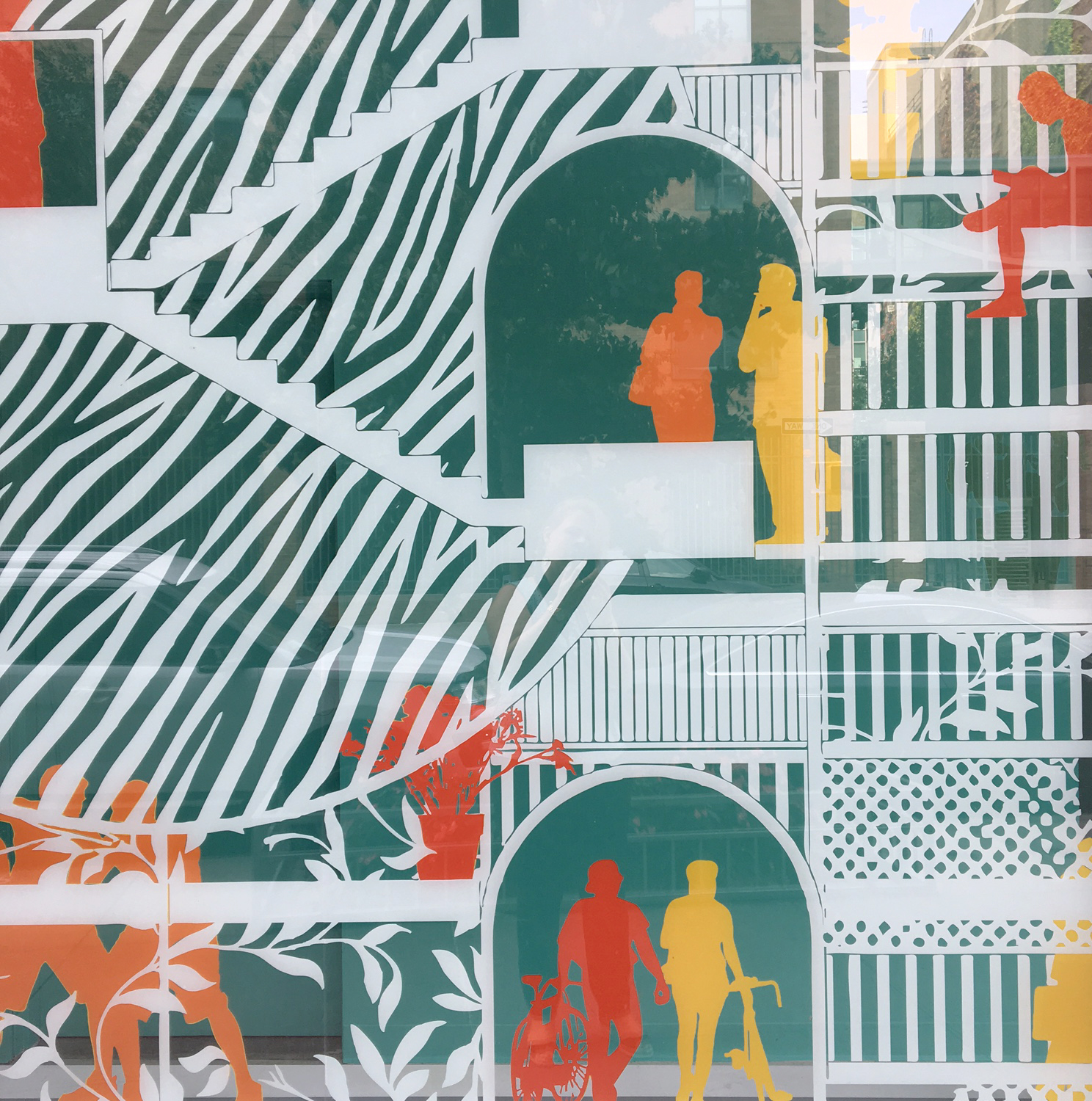 With Inner Sanctum, Jeyifous infuses Brooklyn residential life with an air of fantasy and whimsy. A sculptor, muralist and installation artist steeped in the eco-political ideology and activism of “solarpunk,” Olalekan Jeyifous creates large-scale works examining architecture and its relationship to place and community. At DKLB BKLN, he zooms in on how these convergences manifest in areas like Fort Greene and Downtown Brooklyn, placing them in a literal doorway of the building.

Inspired by its surrounding neighborhoods, Inner Sanctum interweaves leafy patterns with complex multistory architecture, uniting the greenspace of nearby Fort Greene Park and the high-rise residential buildings of Downtown Brooklyn. Almost completely obscuring direct views into the space, the foliage of the mural opens at the center panel into an arched doorway, revealing an ornate sculpture that resembles a gilded birdcage, bearing tiny surveillance cameras. Jeyifous creates an uneasy tension between the beauty of the undulating organic forms, dense architectural patterns, and the suspended cage—concentrated textures encapsulating a singular vision of life in this region of central Brooklyn. 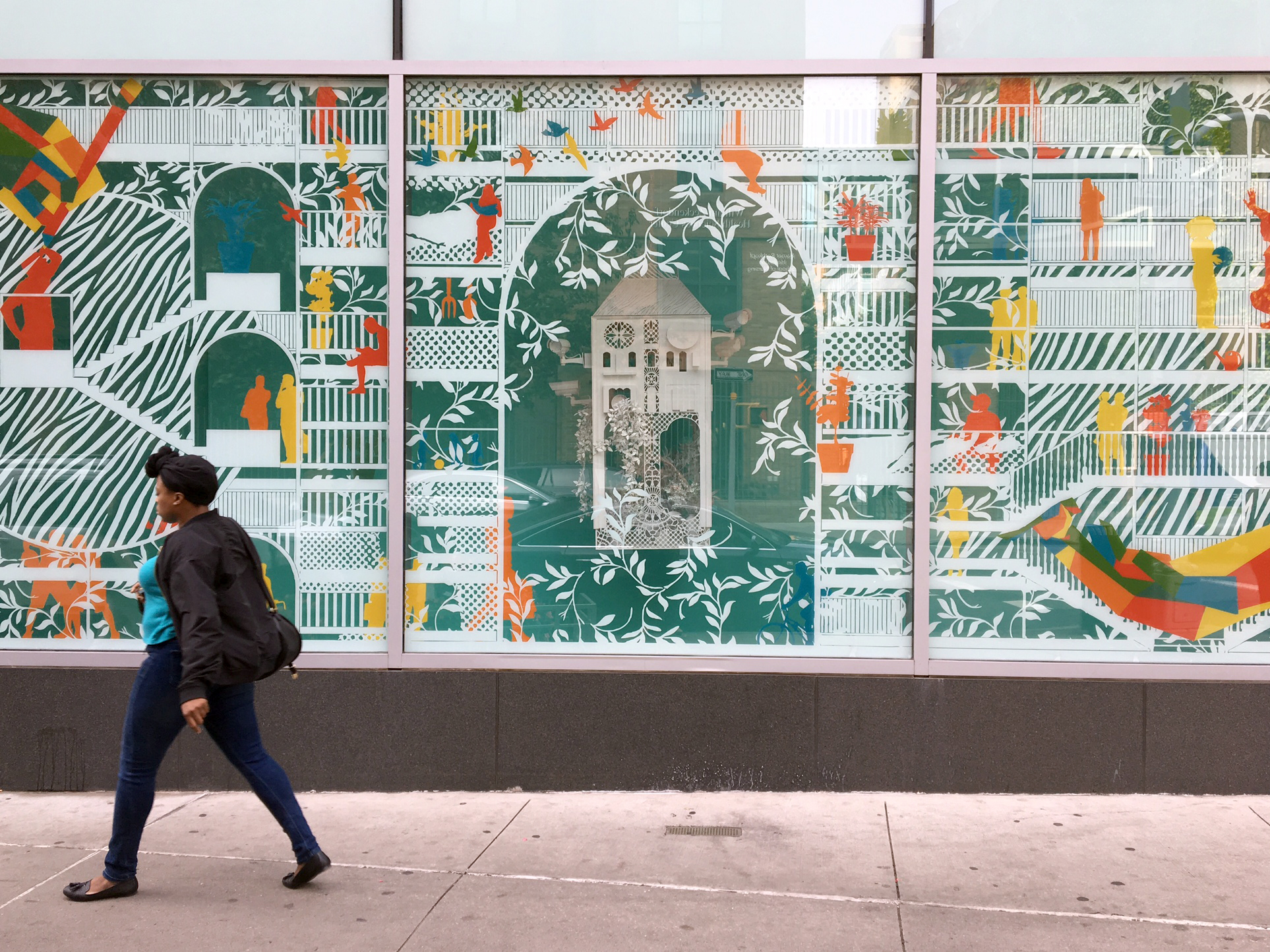 “When I was approached by BRIC with this opportunity I was immediately excited about working within the parameters of the storefront window and the design challenges it would present. I knew that I definitely wanted to apply the visual language of retail spaces commonly associated with boutique shops. This would include a front facing vinyl decal and a three-dimensional element as a stand in for what is often a mannequin, however reimagined as one of my speculative, architectural follies,” said Olalekan Jeyifous. “My work often reflects the ways in which architecture responds to the community and its immediate environs. Downtown Brooklyn, which combines commercial, residential, public, and private spaces, provided the perfect setting for a narrative that would reflect that. This was a really great installation to work on.”

Jeyifous is a Brooklyn-based artist born in Nigeria. His work has been shown in group exhibitions, most recently in the BRIC Biennial, Volume II: Bed-Stuy/Crown Heights Edition, and at the Studio Museum in Harlem, The Kitchen, the New Museum, Socrates Sculpture Park, and the Museum of Modern Art, all in New York. He has shown internationally at the Vitra Design Museum, Weil am Rhein, Germany; and the Guggenheim Museum Bilbao, Spain.