I met Jasmine’s art on a sunny afternoon on a gallery balcony. It so intrigued my five year old daughter; she was insistent I pay attention. I did. Great art speaks to us, calls to us, whispers through woven destiny. Great art flamboyantly announces genius refers to her by name:   Jasmine Murrell exhales transformative great art. She is a creative, an extraordinary, multimedia contemporary phenom.

If you are fortunate enough to encounter a Murrell, immediately, subliminally you understand rare is the technique that holds communal court enticing a two way exchange, speaking a conversation into your subconscious mind. Your response is visceral, glance turns into gaze as you witness the layering of history displayed before you. Snatches of time configure a new language remonstrating with abstracted shards of captivating color. Disjointed twigs walk memory backward while painting the canvas with the promise of tomorrow. Variations on the splintering of red, white, and blue in the series named, What America Made poses the question Murrell answers throughout her body of work.

What did America make? Decimate the people, destroy the land is the unofficial mission statement of an age marked by colonialism, imperialism, human chattel capitalism, mercenary corporatization, and ecological devastation. As well as phenomenal leaps in technology and medicine, and finally the unrealized long fought uncomplicated moral recognition that Black and Brown humans should not be subjugated, should not be property. What did America Make?

Inspired sculptures, installations, and painted tapestries recount racialized atrocities, documenting centuries of brutality, surprisingly, without the hint of hyperbole. In fact, Jasmine Murrell’s imaginative labor achieves subtlety by duping the senses. Like the art produced, Murrell’s process is mysterious. She veils then reveals, carves intricacies then conceals. Layers thin film underlays of covert expressions cloaked in embroidery. Murrell stitches collected life into fabrics; she paints faint pastels that stain jewel stone permanence. Nothing is as it initially appears. In the gallery, canvases and sculptures seem to morph before the art observer’s deceiving eyes.

This illusionary technique is richly prevalent throughout Murrell’s work. I describe such applications as Murrellizing, a process where sheer layers appear to slowly vanish; thin veneers seem to fade, structures inexplicably alter in a time-release reveal, un-drawing the initial perception of the art observer.

Murrellizing is active in the installation, Untouchables as in the sculpture from the Living Monument Series:  Tribute to Unbearable Load. Untouchables beguiles, luring the art observer with the sumptuousness of magenta and scarlet plumes, deliciously waving joy like flirting birds in mating season. Magnetic color attraction draws the observer toward red radiance—closer, you find a 20ft encampment crawling an infestation of decapitated appendages. Inflamed hands cut from canvas wave in desperation, not feathers; but five digit mutant-like organisms swarm the cage.

With Monuments, art observers swoon over the glory of Earth tone dunes expanding across vast brown plateaus.  Our eyes follow the sinuous mounds of russet soil, curves rise and recede. Look again! You will see a soil-sculpted body, face down, sprawled to die. The statistics of social reality suggests the figure was shot in the back while trying to escape a state sanctioned killing.  The Murrell speaks in the powerful language of organic matter:  the subject is accurately the Earth, soil of this country, foundation, ground that grew the cotton economy which built America.  Free labor, Black toil, yet fuels massive profits for the predatory industries of injustice.

Murrell continues to uncover the relationship between Earth, African American legacy, and economic systems in the sculpture, Migration, where a composite of Southern soils sculpted into feet hauntingly protrudes from the Earth’s surface. Stunning, the feet assumedly  once decomposed feel extant, in motion, as if energy force is excavating, digging up the walk of ancient African metrics across centuries into the brains and bowels of next generation diasporic Africans. That excavating energy force pulses throughout Murrell’s work as her mind contemplates the pressing philosophical questions of our day:

“…I question the hierarchy of all the different life forms. I think the centering of the human species as the nucleus of life is problematic. All living things want to live. Modern day lifestyles of humans have been killing all life forms. Should there even be a hierarchy? I am trying to reorder and evaluate what is life. For example, if machines have consciousness will that be life?  And I ask what is considered poison and what is medicine? Henrietta Lack cells came from cancerous tumors, most would think of as poison, yet those cells are living indefinitely helping to save lives. That is ironic, so what is life? And, who has authority to decide what life matters...”

Grandma’s Eye, Murrell’s tapestry marvel looms high with life like a guardian planet on the gallery wall watching over us. On the adjacent wall, a hand maybe grandma’s reaches through centuries of societal debris to touch medicine onto the forehead of our consciousness. Murrell’s work captures our silenced histories and makes them reverberate loudly. She creates art that rattles the uncounted commerce of exploitation while conjuring a spiritual ascent.

Ascension is magnified in mammoth measures by the generational installation, Immortal Uterus, a tribute to Henrietta Lacks, the African American farmer whose ovarian cancer cells were stolen, and commodified. Lacks cells provide medical corporations with medications, medical advancements, and incalculable revenue. The cells continue to reproduce indefinitely as a source of invaluable data and research.

Murrell’s transcendent vision elevates the concept of monument by guiding us somewhere holy. She designed, weaved, shaped, and suspended miles of VHS tape into a massive womb-composition making impossibility possible.  Murrell invites us to an experience. To literally step into the Immortal Uterus, enter our long forgotten amniotic ocean cave, revisit gestation, travel reverse infinity, levitate in zero gravity — while float-walking among the electrified blue casting of muted murmurs. Breathing in moisture, our breath becomes liquid, transmuting toxicity into bolts of enlightenment.  We transition from art observers to being born repeatedly like the sacred Henrietta Lacks’ cells crowning noble exalted worth. As in great art, The Murrell has spoken, echoing through the poison. 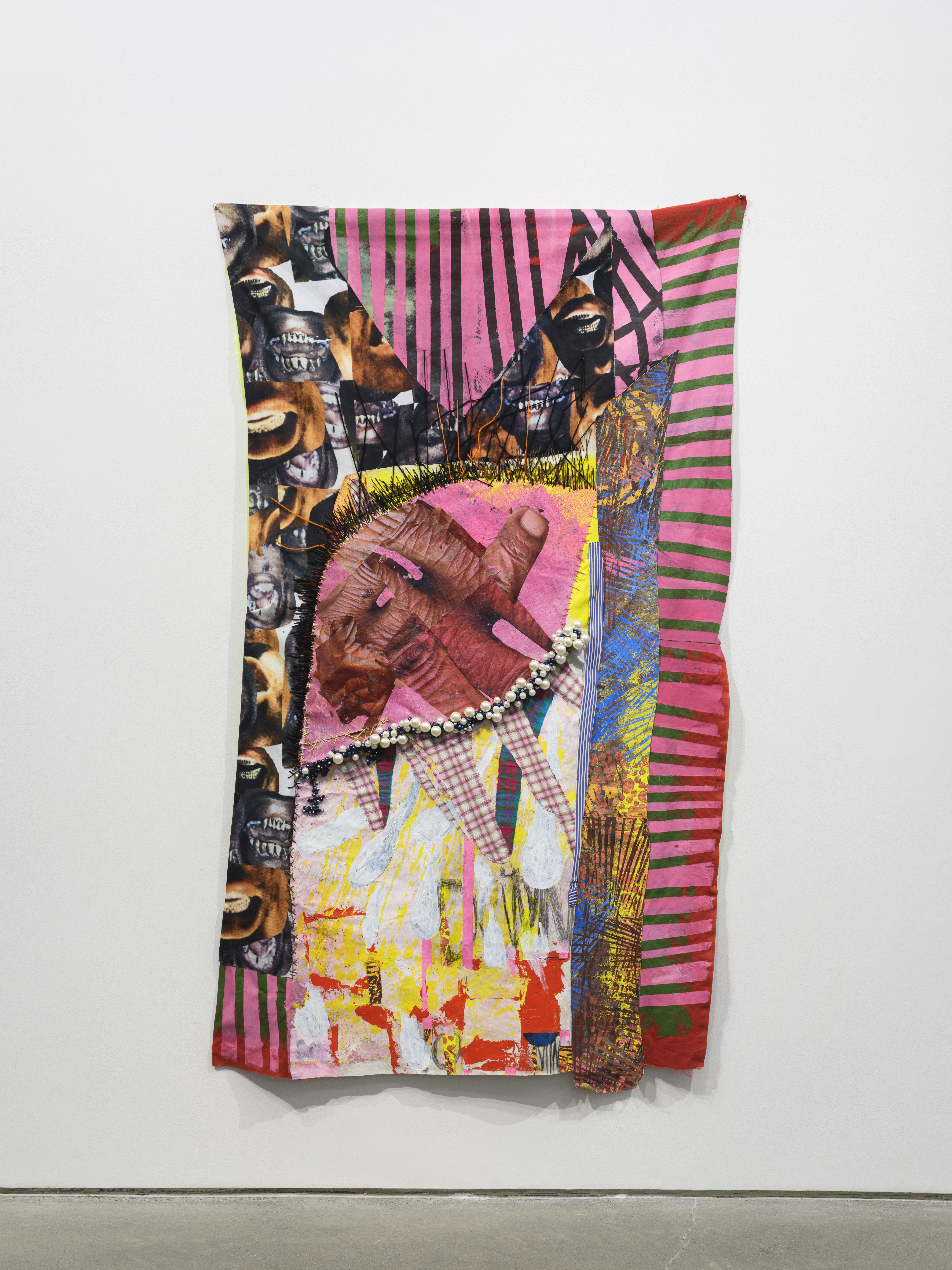 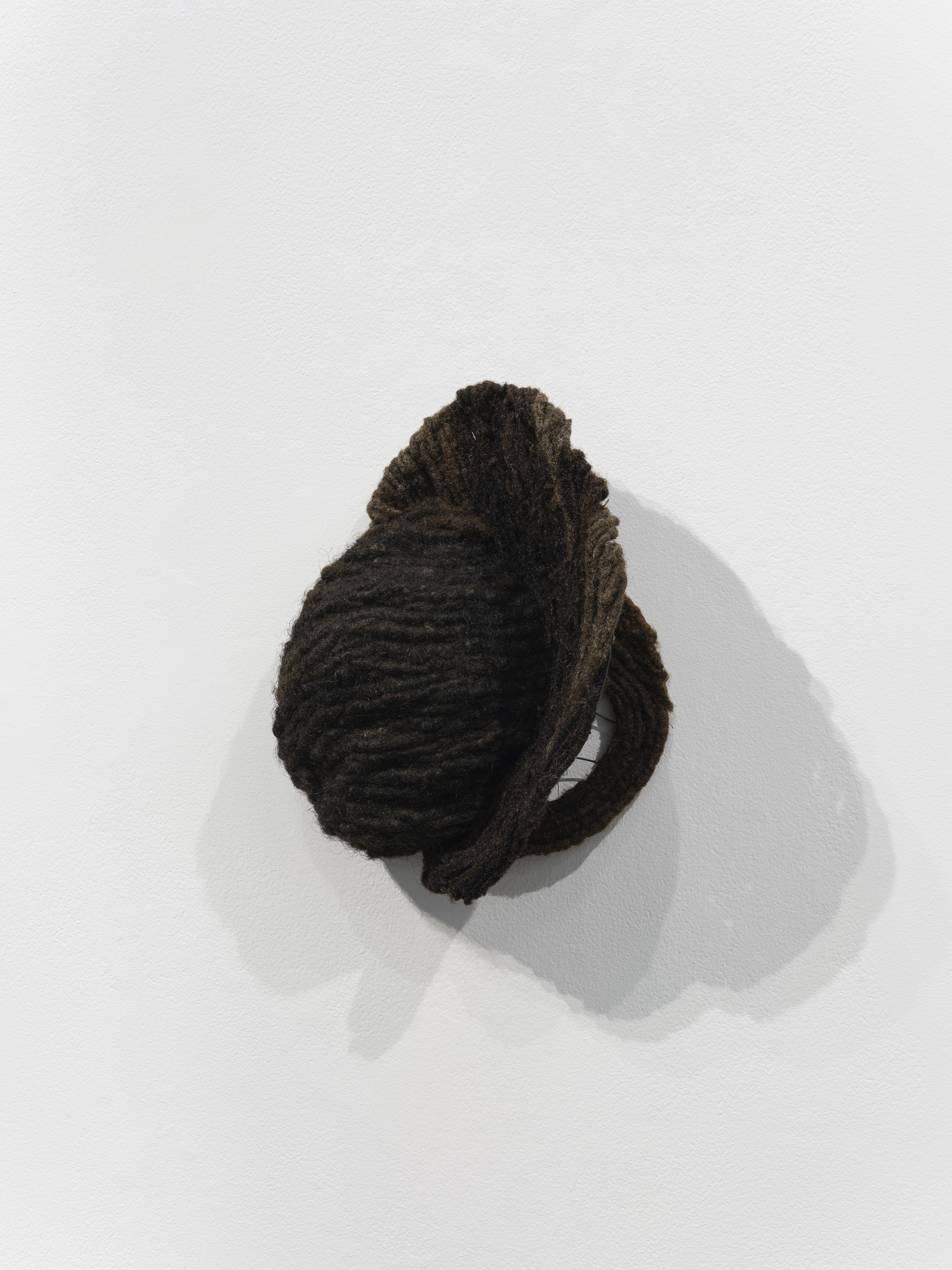 Semaj Brown (she/her) is Flint, Michigan’s First Poet Laureate. Semaj is a 21st century Thought Leader who moves with fluidity inside of higher education as a university lecturer, and also as a K-12 curriculum builder/facilitator. Ms. Brown is the science driven, author of Bleeding Fire! Tap the Eternal Spring of Regenerative Light, 2019, a poetry/prose memoir described as an odyssey of African American history and culture, part social commentary, part magical realism.