We here at BRIC TV were really excited about the new movie Hidden Figures. If you don’t know the film, it shines a long-overdue light on the true story of three brilliant African-American women at NASA — Katherine Johnson (Taraji P. Henson), Dorothy Vaughan (Octavia Spencer) and Mary Jackson (Janelle Monáe). These women were critical to one of the greatest space missions in history, the launch of astronaut John Glenn into orbit. 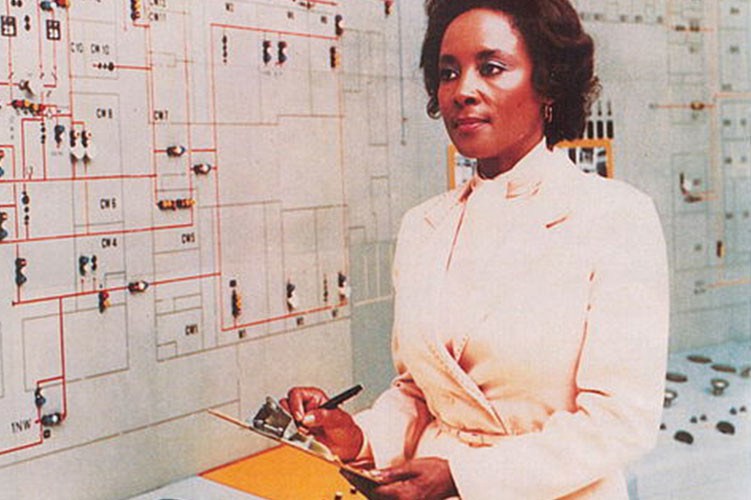 When you look under the surface of the state of women in tech today, you might get disheartened:

According to a Reuters study, 30% of 450 technology executives stated that their groups had no women in leadership positions. [source]

In a 2012 Girl Scout study of eight- to seventeen-year-olds, one third of the girls said they did not want to be leaders because they feared being disliked by their peers. [source: Hurley, Kathleen, and Shumway, Priscilla. Real Women, Real Leaders : Surviving and Succeeding in the Business World, page 9]

In the US, only 18 percent of students taking the Advanced Placement Exam for Computer Science in 2013 were women. [source]

In 2013, just 26 percent of computing jobs in the U.S. were held by women, down from 35 percent in 1990 [source: the American Association of University Women, a nonprofit that promotes gender equality.]

But of course, to truly understand the challenge of bringing more diversity to tech, it helps to go beyond the stats and into the stories.

Last March in Brooklyn, a woman named Amélie Lamont wrote a piece called “Not a Black Chair,” describing the micro- and macro-aggressions she experienced as a woman of color in the tech space. Her post sparked a major discussion, and the basic sentiment still stands today: women and people of color are too underrepresented in tech.

Great reporting on the KQED site asked the question “Why Aren’t There More Women in Tech?” while identifying the pipeline problems that beset Silicon Valley.

On BK Live, which is the daily news show we produce out of BRIC TV, we talked to two successful women, Courtney Burton, a Lead Product Designer at Kickstarter, and Alex Qin, an Engineer at Skillshare, and their experiences are revealing. See below:

The "Leaky Pipeline" and Women in Tech | BK Live

There are also positive signs out there:

We love the idea of using humor to combat intolerance. That’s why we’ve long been fans of Baratunde Thurston’s Comedy Hack Day. Check out “Equitable,” which was a winner of a recent Comedy Hack Day and takes aim at the real costs of unequal representation.

On that note, you may have heard that the people who contribute to Wikipedia are overwhelmingly white and male, which makes little sense if it is supposed to be a “democratic” encyclopedia. Luckily, there are some amazing grassroots groups that are fighting back to see better representation on the world’s most referenced encylopedia, including an outfit called Black Lunch Table that invites folks to learn how to edit Wikipedia right here at BRIC.

Girls Who Code is one of our favorite organizations that is bringing more STEM education to younger women.

Here’s a terrific piece on how two entrepreneurial women of color changed the stock photo game for good. Representation matters!

Are you a women or a person of color in tech? What have your experiences been like?

What is BRIC TV? It’s your source for diverse, emerging, independent media voices rooted in Brooklyn but with a global lens. Come to us for live news M-Th at noon. Arts, culture, comedy, sports and more 24/7 online. Stay in touch with the news with a Brooklyn slant right here: bricartsmedia.org/news