For over 40 years, BRIC has presented its most acclaimed program, the BRIC Celebrate Brooklyn! Festival, each summer at the Prospect Park Bandshell. This year, the beloved festival will be transformed into a virtual multi-platform destination designed to bring the spirit of the annual festival to life. Audience members will be able to tune in on Facebook, YouTube, and Brooklyn cable channels on Saturday, July 25 and Sunday, July 26 for a host of musical performances from some of your favorite artists. To better explore the unique opportunities of this virtual medium, we have partnered with two visual artists to create live visual elements that bring the music to life in your living room. Through this festival and beyond, we celebrate the expansive creative joy within Brooklyn and the multi-disciplinary strengths working together under one roof at BRIC.

We are thrilled to highlight Shantell Martin, who will respond to Madison McFerrin's music through a live line drawing, and Glendalys Medina, who will activate Buscabulla's performance with an animated drawing. Learn more about these artists and their work below, we can't wait to share this new experience with you! 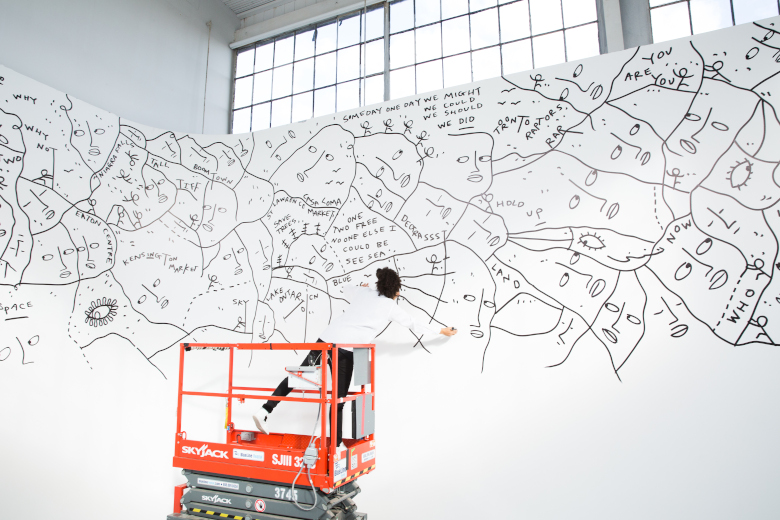 Shantell Martin's trademark continuous line drawings use the straight-forward, accessible medium of a pen to create flowing, responsive works. She started her career in Tokyo as a VJ – a visual DJ – creating live performance drawings inspired by the musicians and dancers performing with her at nightlife venues. She has since moved to New York City and collaborated with well-known creatives and institutions. While her practice has grown and evolved, she has retained her style, creating drawings on canvas, buildings, clothing, and bodies that reflect her and her environment.

Her work, comprised of simple line-based forms, is imbued with meaning and action. She begins with an outline, a movement that creates the structure of her final piece. She then looks for shapes or pockets within the structure to fill in, adding faces, animals, stick figures, and words which interact directly with the outline, growing from it but also giving it life. Martin never stops moving while she creates. When she needs to think through her next addition, she adds dashes, processing with continuous motion. When she adds words, they are often in the form of a question or an affirmation, clueing the viewer into the world that she is creating and what she is responding to so they can ask their own questions.

The basis of Martin's work is to create and share, it is all about process and activity, growth and interconnectedness. Mistakes are another part of the final piece, a reflection of their purpose in life; they are part of her working process and help her drawing move forward. They are not wrong, or a cause to begin again, they are something to build from. 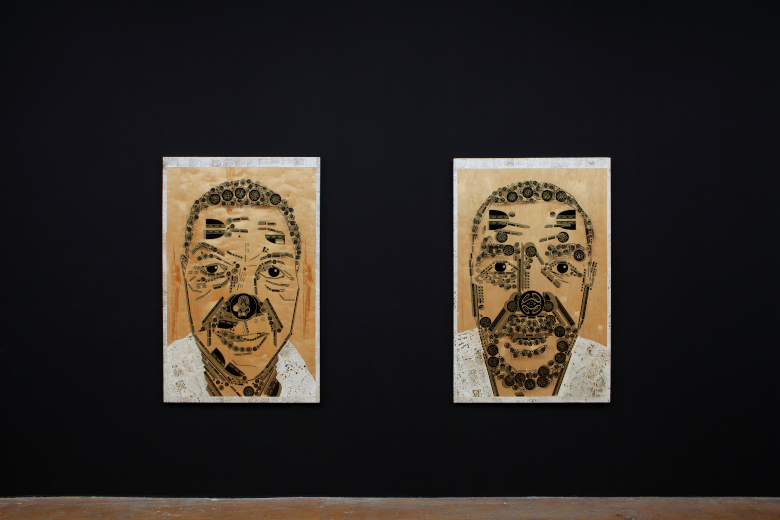 Glendalys Medina approaches her practice as an exploration of personal development and recognition. Pulling imagery from her experiences growing up in the Bronx, Medina references the cadence of hip-hop rapping, the symbol-based language of graffiti tags, and the shapes found within boomboxes. She then weaves these with impressions from her Afro-Puerto Rican, Taíno heritage. Through Taíno motifs, she engages with another symbolic language, but one that requires interpretation since the genocide of the Taíno people wiped out any traditional understanding of their meaning. Finally, she layers a modernist aesthetic over these systems, utilizing a stark, geometric language. 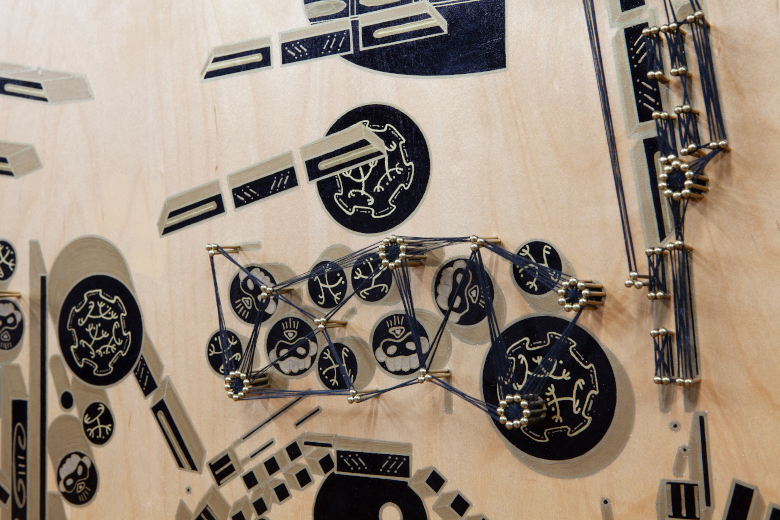 Medina's work relies on a visual language, initially sampled from the basic shapes found on a boombox stencil – squares, circles, triangles – all hard-edges with the potential for flow and rhythm when music is channeled through them. This metaphoric system goes a step further, since she constantly listens to music while creating in order to facilitate movement within the rigidity of a modernist aesthetic. Her repeated motifs allow her to create a readable oeuvre filled with meaning.

By combining the various aspects of her lived and shared experience, Medina attempts to show her full self in one multi-layered shape. The geometric, often architectural-feeling pieces made from paper, marker, nails, and thread (Ms. Puerto Rico and Mr. Borikén) produce an organic visualization of a structured thought-process. Each work is detailed in its multiplicities when you look closely, but materializes into a cohesive whole when viewed in its entirety.

ABOUT SHANTELL MARTIN
Shantell Martin is a visual artist best known for her large scale, black-and-white drawings and collaborations with artists and institutions including Kendrick Lamar, the New York City Ballet, Tiffany & Co., Puma, the  Albright-Knox Art Gallery, The Museum of the Moving Image, MoMA, and her upcoming exhibition NEW/NOW opens at the New Britain Museum of American Art later this year.

Her first art book in collaboration with HENI publishing LINES, featuring text by Katharine Stout and an interview by Hans Ulrich Obrist, is now available.

ABOUT GLENDALYS MEDINA
Glendalys Medina is a Nuyorican conceptual interdisciplinary visual artist who was born in Puerto Rico and raised in the Bronx. Medina received an MFA from Hunter College and has presented artwork at such notable venues as PAMM, Participant Inc., Performa 19, Artists Space, The Bronx Museum of Art, El Museo del Barrio, The Museum of Contemporary Art in Vigo, Spain, and The Studio Museum in Harlem among others. Medina was a recipient of a Pollock-Krasner Foundation Grant (2020), a Jerome Hill Foundation Fellowship (2019), an Ace Hotel New York City Artist Residency (2017), a SIP fellowship at EFA Robert Blackburn Printmaking Workshop (2016), a BACK IN FIVE MINUTES artist residency at El Museo Del Barrio (2015), a residency at Yaddo (2014, 2018), the Rome Prize in Visual Arts (2013), a New York Foundation for the Arts Fellowship in Interdisciplinary Art (2012), and the Bronx Museum Artist in the Marketplace residency (2010). Medina is currently a professor at SVA’s MFA Art Practice program and lives and works in New York.