Do you know about BRIClab? BRIClab is our commissioning and residency program for local artists working in music, dance, theater, and multidisciplinary performance.

Each team receives a two-week residency in the Artist Studio at BRIC House, where they work on their piece and explore the creative process. At the end of the two-week period, each residency culminates with two work-in-progress showings in our Artist Studio space.

As part of the program, we encourage artists to learn from their experience and take time to understand how the audience feels about the work. This is where you, the audience, come in! Each BRIClab performance is followed by a dialogue between the artist and audience, where you can provide valuable feedback for the continued development of the work. Learn about these amazing artists and be a part of their process! 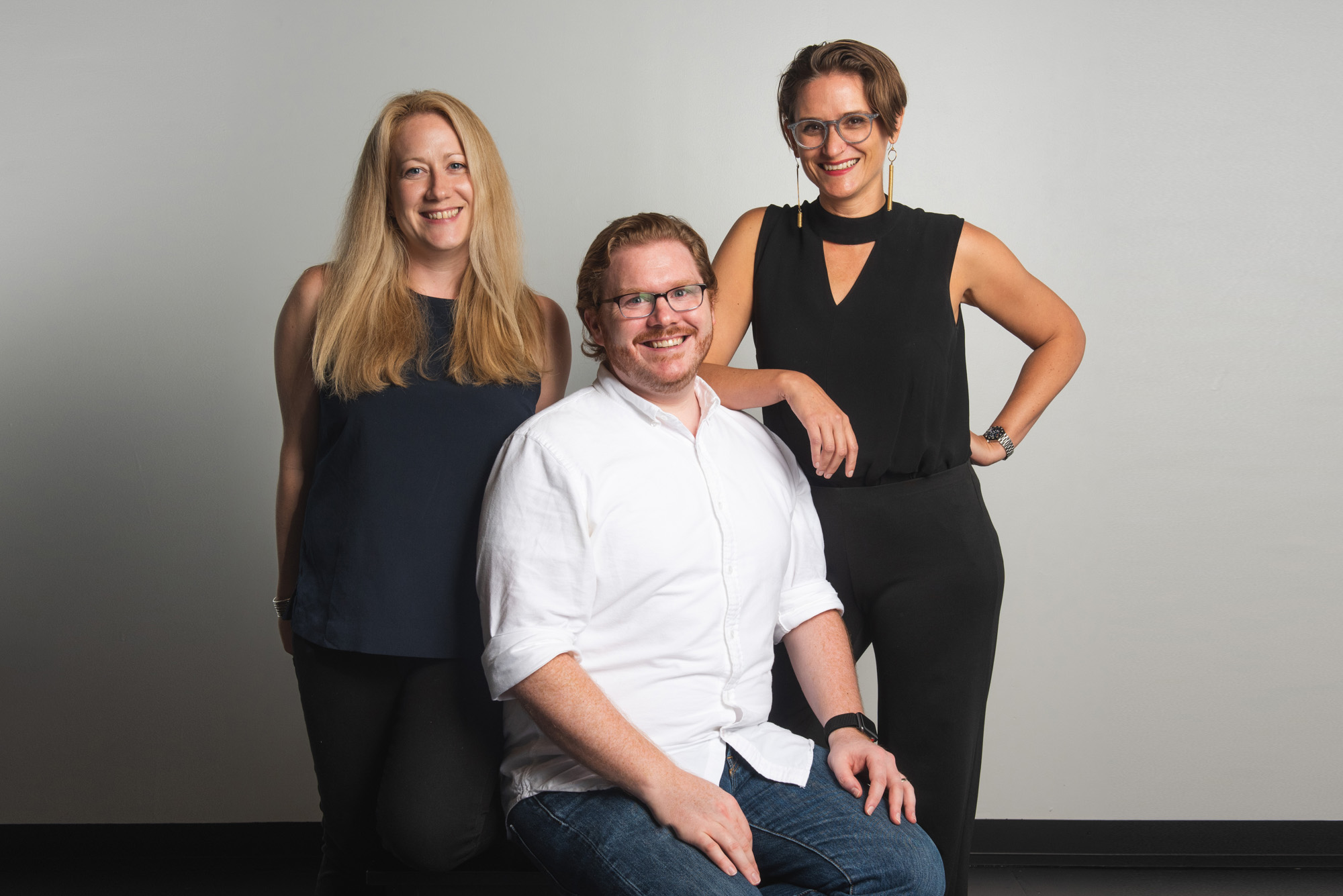 Tear a Root from the Earth is a new musical about the legacy of America’s involvement in Afghanistan over the last 35 years, told through the story of a single Afghan family. More info + tickets!

Johnny Walsh (Music & Lyrics) is the cofounder, songwriter, and multi-instrumentalist for the Americana folk band Gramophonic. He began writing music for Tear a Root from the Earth while serving with the State Department in Kandahar during the height of the American troop surge in 2010. He is a leader for the Afghan Peace Process at the US Institute of Peace, an initiative he previously worked on at the State Department and United Nations. His mission is to help Americans develop a relationship with the Afghan people and culture, acknowledging that the last 40 years have inextricably linked our countries’ fates. Johnny brings his perspective as one of the most knowledgeable Americans about Afghanistan to this project, along with his deep experience with traditional American folk music.

Qais Essar (Music) is a contemporary Afghan composer, instrumentalist, and producer who channels his melodic designs through the rabab, a 2,500 year old instrument from Afghanistan. He has toured extensively, sharing his new genre of music nationally and internationally. He has released three LPs, four EPs, and one live album. His first LP, The Green Language (2014), quickly became an Amazon #1 bestseller, followed by his second LP, Tavern of Ruin in 2016. He composed original music for the Golden Globe and Oscar-nominated film, The Breadwinner (produced by Angelina Jolie), and earned a Canadian Screen Award nomination for “Best Original Song” for his piece in the film The Crown Sleeps. He is regularly featured in festivals and venues around the world including the Newport Folk Festival, SXSW, The Kennedy Center, Treefort Music Festival, and more. His most recent LP, The Ghost You Love Most, was released in 2018.

John Bair (Book) is a Brooklyn-based writer whose work examines the trends and forces that shape our contemporary world. He has extensive foreign policy experience, including work across the Islamic world. He has also worked in the arts industry in the Middle East, having served as a member of the team tasked with opening Kuwait’s Sheikh Jaber Al Ahmad Cultural Centre. In addition to Tear a Root from the Earth, John is developing two television series. He also works in narrative development for arts, philanthropic, and political clients.

Marina McClure (Director) creates emotionally charged theater, opera, and spectacles by fusing striking visual design and physical work with performers. She collaborates with multicultural performers to bring diverse stories (including from Iraq, Cambodia, Ukraine, South Africa, China, and Afghanistan) to American and international audiences. Marina helms the multidisciplinary art lab The New Wild, is a resident director at The Flea Theater, and teaches directing at The National Theater Institute at the O’Neill. Recent projects include: Fill Fill Fill Fill Fill Fill Fill and Cosmicomics(The Flea), and Letters from Home (Independent Shakes Co; UCSD), the story of a Cambodian musician who flees the Khmer Rouge for America. MFA: CalArts. 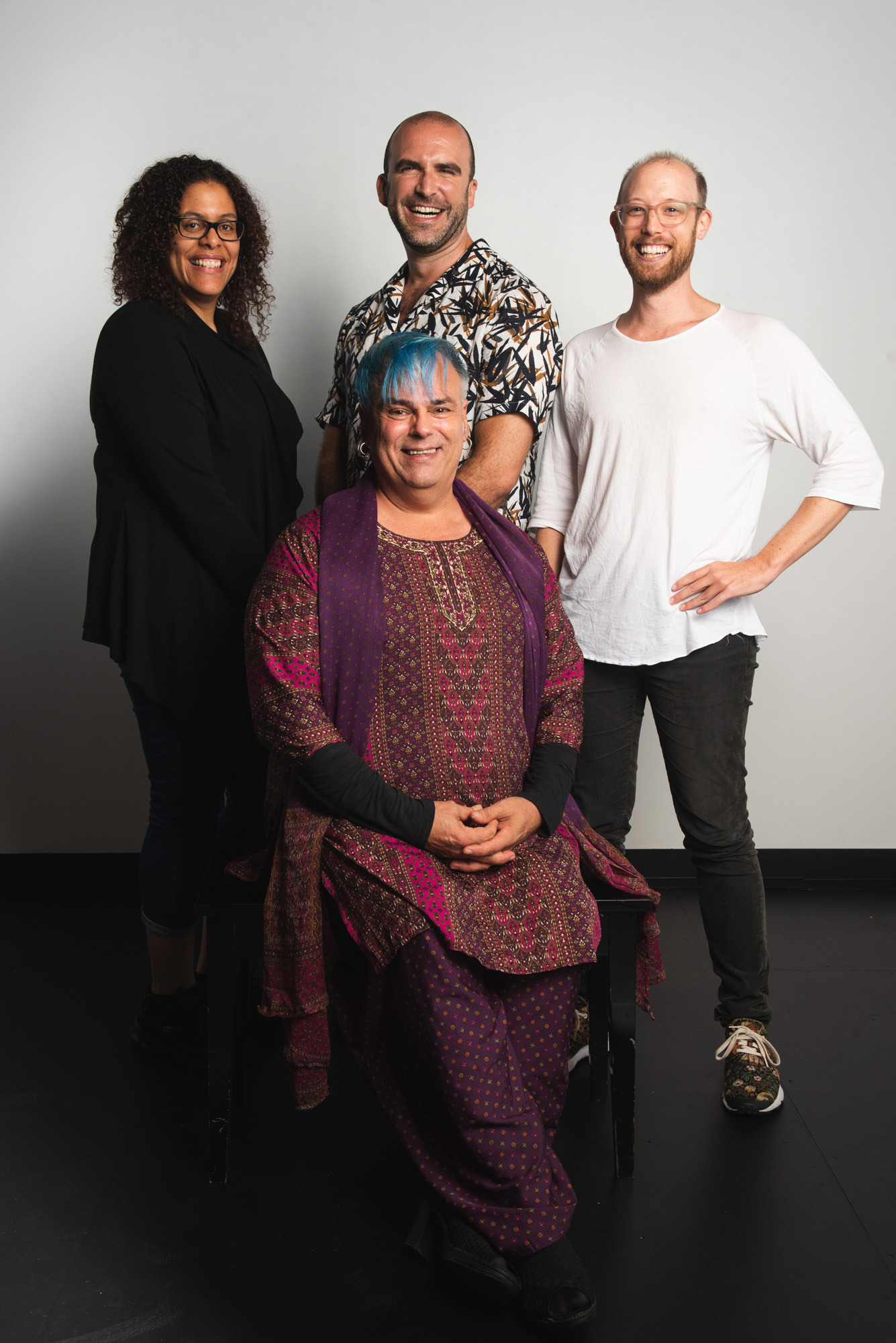 Reverend Yolanda is a singer/songwriter/trans-femme genderqueer performance artist and interfaith minister whose has been honored with induction into the The GLBT Hall Of Fame, the Blues Hall of Fame, and has received two MAC Awards for her work. Work includes: Church With A 2 Drink Minimum (creator, producer, composer, lead performer; 2016-present) a monthly spiritual “happening” at Sidewalk Cafe, NYC; Welcome to the Doll Den, (co-creator, co-composer, co-lead performer 2016-present; Dixon Place and The Tank, NYC with Electric Eye Ensemble); Reverend Yolanda’s Old Time Gospel Hour and Be The Love (creator, producer, composer, and lead performer in NYC and national tours; winners of the 2014 and 2015 MAC Award for Best Drag Artist). Other original musical theater works include: House of Joy (The Laurie Beechman Theater, NYC and various LGBT PRIDE celebrations across the US) Yolanda and the Plastic Family (Wigstock, monthly NYC gigs at CBGB's & Meow Mix, The Laurie Beechman Theater) and Alien Night Journeys. Acting stage credits include: Stonewall, A Rhapsody On Resistance (AEA Showcase) and TV credits include High Maintenance (HBO) and Skeleton Crew (Sidekick Productions). Yolanda’s albums include Reverend Yolanda’s Country Gospel Kirtan Vol 1 and Vol 2 (considered for Grammy nomination) as well as House of Joy and Yolanda and the Plastic Family.MFA in Performance Studies from Vermont College.

Justin A. Taylor is a playwright, librettist, producer and translator originally from San Francisco. His plays have been seen at Stratford New Works Lab, Dixon Place, Lucid Body House, the Sewanee Conference, Piano Fight, Figment Arts Festival on Governors Island, Playwrights Horizons, Yale Cabaret, Moving Parts, Paris; and libretti at Prospect Theater, Musical Theater Factory, Norfolk Music Festival and the Théâtre de Ménilmontant, Paris. His translations from French include The Chairs by Eugene Ionesco. His essays on theater have been published in American Theater Magazine, Howlround and The San Francisco Chronicle. Taylor was a Walter E Dakin Fellow at the 2016 Sewanee Conference and the recipient of writing grants from the JM Kaplan Fund and a Kesserling grant. His work has been finalist for the Playwright’s Realm Fellowship, Jerome NYC Fellowship, Play Penn, Bay Area Playwrights Festival, New Harmony Project, and the O'Neill. He has held teaching artist positions at Wesleyan, Yale, and the Cooperative Arts and Humanities High School, among others. Taylor holds an MA in opera dramaturgy from the Sorbonne in Paris and MFA in playwriting from the Yale School of Drama where he received the Eugene O’Neill Memorial Scholarship. He is currently based in New York. 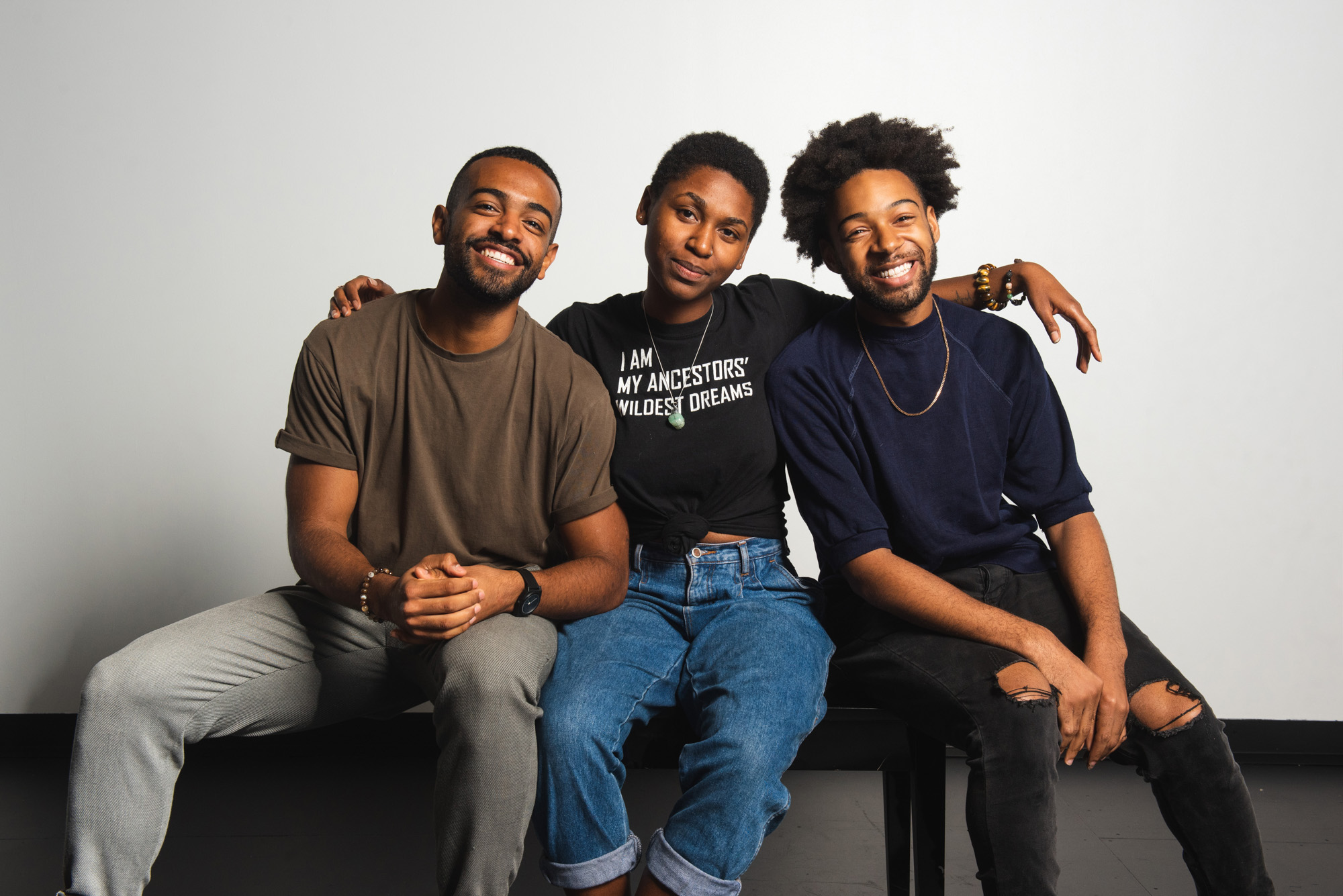 This dance piece questions how we navigate the intersections between trauma, identity, and personal histories as recorded in the physical archive that is the human form. More info + tickets!

Janeill Cooper is a native of Queens, NY where she began her dance training locally at the Edge School of the Arts. She continued to receive training from Frank Sinatra High School of the Arts, The Ailey School, and Earl Mosley’s Institute of the Arts. In 2017, she earned a Bachelor of Fine Arts in Dance with Honors from the University of the Arts in Philadelphia under the direction of Donna Faye Burchfield. Over the course of her training, Cooper performed works by William Forsythe, Rennie Harris, Earl Mosley, Sidra Bell, Gary Jeter, Dinita and Kyle Clark, and Jillian Peña to name a few. She spent a season dancing with Ronald K. Brown/EVIDENCE, A Dance Company, and is currently dancing with Christal Brown’s INSPIRIT. As a dance maker, Cooper has presented works at the Sans Limites Dans Festival in Manhattan and at the Center for Performance Research in Brooklyn.

Eric Parra began his dance training at Montclair State University (MSU) where he graduated with a Bachelor of Fine Arts in Dance Performance. While at MSU, he had the opportunity to perform in works by Larry Keigwin, José Limón, Sean Curran and Camille A. Brown. Now in his first season with Carolyn Dorfman Dance, Parra has danced for Earl Mosley’s Diversity of Dance, Maxine Steinman & Dancers, Pajarillo Pinta'o, and Doug Elkins Choreography. Parra has staged works at Union City High School, Montclair High School and Montclair State University. He is the recipient of the 2016 Martha Hill Dance Fund Young Professional Award and the 2017 Linda Roberts Outstanding Senior Dance Award.

Wendell Gray II is a dance artist and choreographer based in Brooklyn and from Atlanta, GA. He received his early training at DanceMakers of Atlanta under the direction of Lynise Heard and Denise Latimer. He attended Dekalb School of the Arts where he studied dance, music, drama, and media. He received his BFA in Dance from University of the Arts in 2015 under the direction of Donna Faye Burchfield. He has performed in works choreographed by Netta Yerushalmy, Sharon Eyal, Doug Varone, Mark Casetra, Sidra Bell, and Helen Simoneau. He is the recipient of the 2015 Pennsylvania Ballet Choreography Award. He was an Artist in Residence at Chez Bushwick in the summer of 2017 and has choreographed works for Pennsylvania Ballet II, Philadanco II, and Periapsis Music and Dance. Wendell is currently a dancer and collaborating artist with Christal Brown, Jonah Bokaer, Esther Baker-Tarpaga, J. Bouey, and Phoebe Berglund. 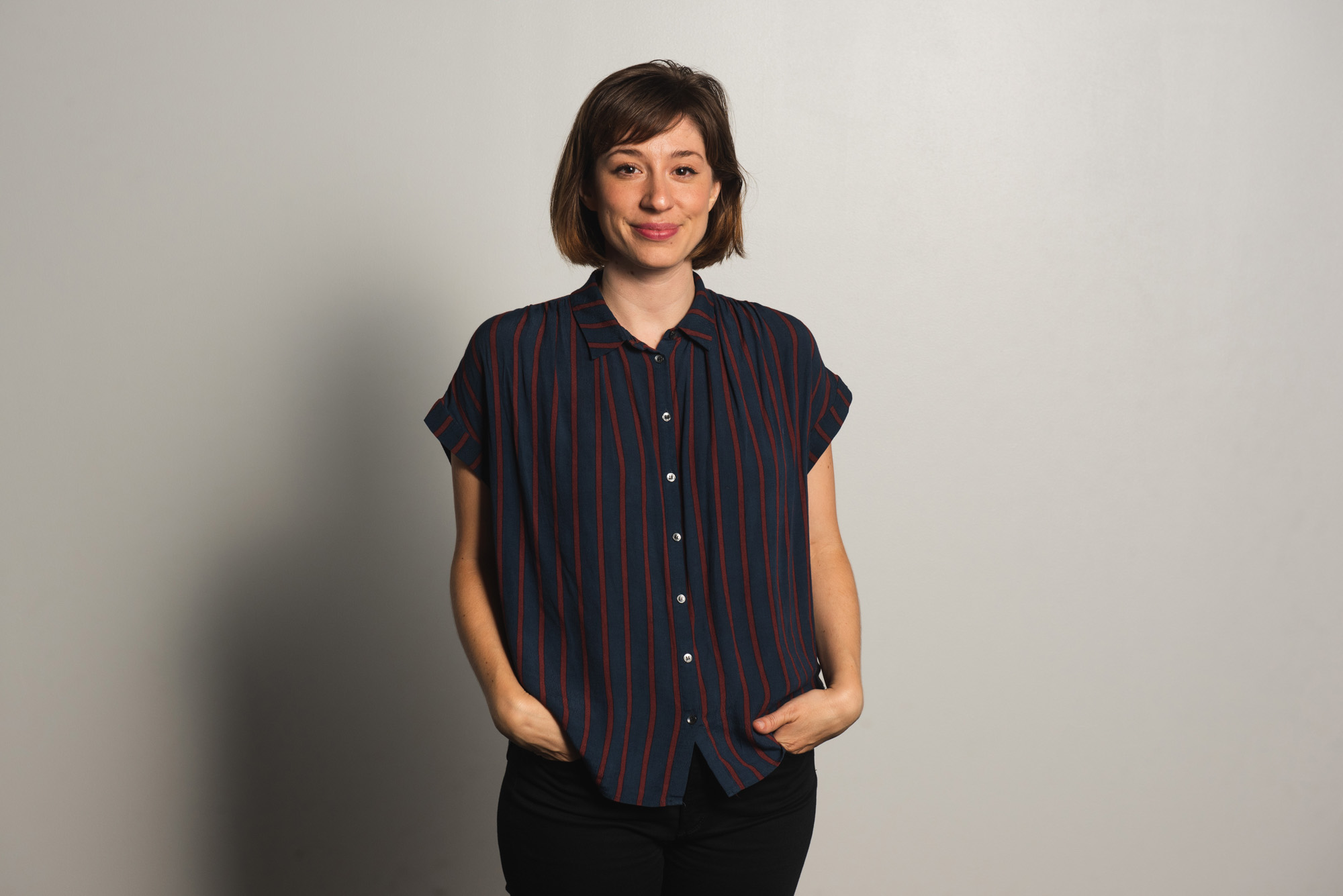 Written by Eliza Bent and directed by Annie Tippe.

During this three-part play set on a plane, the audience for Bonnie’s Last Flight makes the trip as passengers: sitting on a tarmac before takeoff, floating at cruising altitude, and buckling down for the wild and rocky descent back to land. More info + tickets!