Megan Donis is the Editorial Director of Public Engagement for BRIC TV. She produces #BHeard, an Emmy and Ippie Award winning docuseries that explores social justice issues through a human lens. These documentaries are incorporated into community town halls at BRIC House in Downtown Brooklyn where real people get together to engage in vital conversation and ignite activism in our city and beyond. Catch the next #BHeard Town Hall, #MeToo Is Just The Beginning, this Wed 3/21. RSVP here.

We talked with Megan about #BHeard, being a woman working in media, what's next for the #MeToo movement and more.

You’re the editorial director of public engagement for BRIC TV. Can you tell us about your work there, specifically #BHeard?

#BHeard is a true, collaborative, labor of love. My team (historically a team of almost all women with some extraordinary men) launched it in September In 2014, following the deaths of Michael Brown, Eric Garner and the national discussion around race and policing. As journalists and producers of television we were looking for a more impactful way to respond than by simply creating a TV show. We held a live-televised community town hall in the BRIC ballroom that combined activism, filmmaking, accountability and even a hip hop performance. Ultimately the series of events culminated in a Black Lives Matter protest that shut down traffic in Downtown Brooklyn. Since then we’ve produced sixteen live events and around fifty short documentaries on today’s most pressing social issues from mental health, to Muslim civil rights, to freedom of the press and this Wednesday on next steps in the #MeToo Movement. We’ve won Emmys and Ippies and Tellys and partnered with amazing like minded media orgs and non-profits like WNYC, The Intercept, The Marshall Project & Columbia Journalism Review.

BRIC, and BRIC TV specifically, has a number of women in executive and upper management roles, yourself included. Can you talk about how that affects the working atmosphere here?

I love it! I find it so energizing to be around such dynamic, talented, funny, smart and stylish women who are just owning their power and demanding a workspace in line with their values. I couldn’t have it any other way at this point. Sometimes I can forget that BRIC is an organization essentially run by women and then we have staff meetings and visually you see all the female executive management up there and it’s like, wow. I especially love watching our young employees come in to this workspace as their first work experience and find mentors and inspiration in the many women in upper management roles.

What do you demand from your workspace and how can you work towards that collectively?

The #MeToo moment has taken down some powerful men and humbled high profile media organizations. Can you talk about what needs to change to make media a better place for women to work?

Well we just finished a whole series on this topic so I’ve been very immersed in it. I think there was a time earlier in my career where I definitely operated from a “this is just the way it is” or “you just have to get used to it” mentality and was able to survive and thrive as long as I felt that inside I knew my power and my way around these situations, so I could tell myself it was okay.  Clearly a lot of things have not been okay in many workplaces for a long time.

Beyond the just glaringly obvious things like keep your clothes on and don’t oversexualize things or punish women for not responding sexually, something one of our interviewees in our #BHeard videos series said has really resonated with me: she said it’s not just these big Weinstein type incidents, it’s the cumulative effect of the many paper cuts along the way… being talked over by your male co-workers, not being a point person because it’s assumed there must be a male in power, etc. I think it’s such an important moment for everyone, all genders, sexual orientations, race, ethnicity to take stock of and challenge their assumptions about each other, to have tough conversations with each other about what needs to change and what needs clarification. What do you demand from your workspace and how can you work towards that collectively?

We don’t need to change and adapt to a masculine workplace. We have it all and more. Now’s our time.

You’ve assembled a great team on #BHeard. Can you talk about how you brought them together and what they bring to the franchise?

My team was born very organically by a handful of journalists and filmmakers working at BRIC TV, who also happened to be very international, from India, Puerto Rico, Chile and Canada (that’s me), and deeply passionate about social justice and advocacy journalism. It taught me right off the bat that for #BHeard it would always be essential that our team be diverse...in perspective, in race, in gender, but that the absolute throughline was this deep commitment to social justice, to work that increases the value of communities directly impacted by these issues, a strong moral compass and the energy to debate ethics endlessly. The bonus of everyone who has been a part of this team is that they are also loads of laughs and brimming with cinematic vision. We care too much, but we have fun and make beautiful things that we hope will make an impact

I read an interview in the New York Times Magazine with Rachel Morrison, who recently made Oscars history as the first woman nominated for cinematography (Mudbound). She hit the nail on the head when she said  “Cinematography speaks to everything that women do inherently well: It’s multitasking, it’s empathy and it’s channeling visuals into human emotion.” We don’t need to change and adapt to a masculine workplace. We have it all and more. Now’s our time.

The next #BHeard Town Hall, #MeToo Is Just The Beginning, is this Wed 3/21. RSVP here. 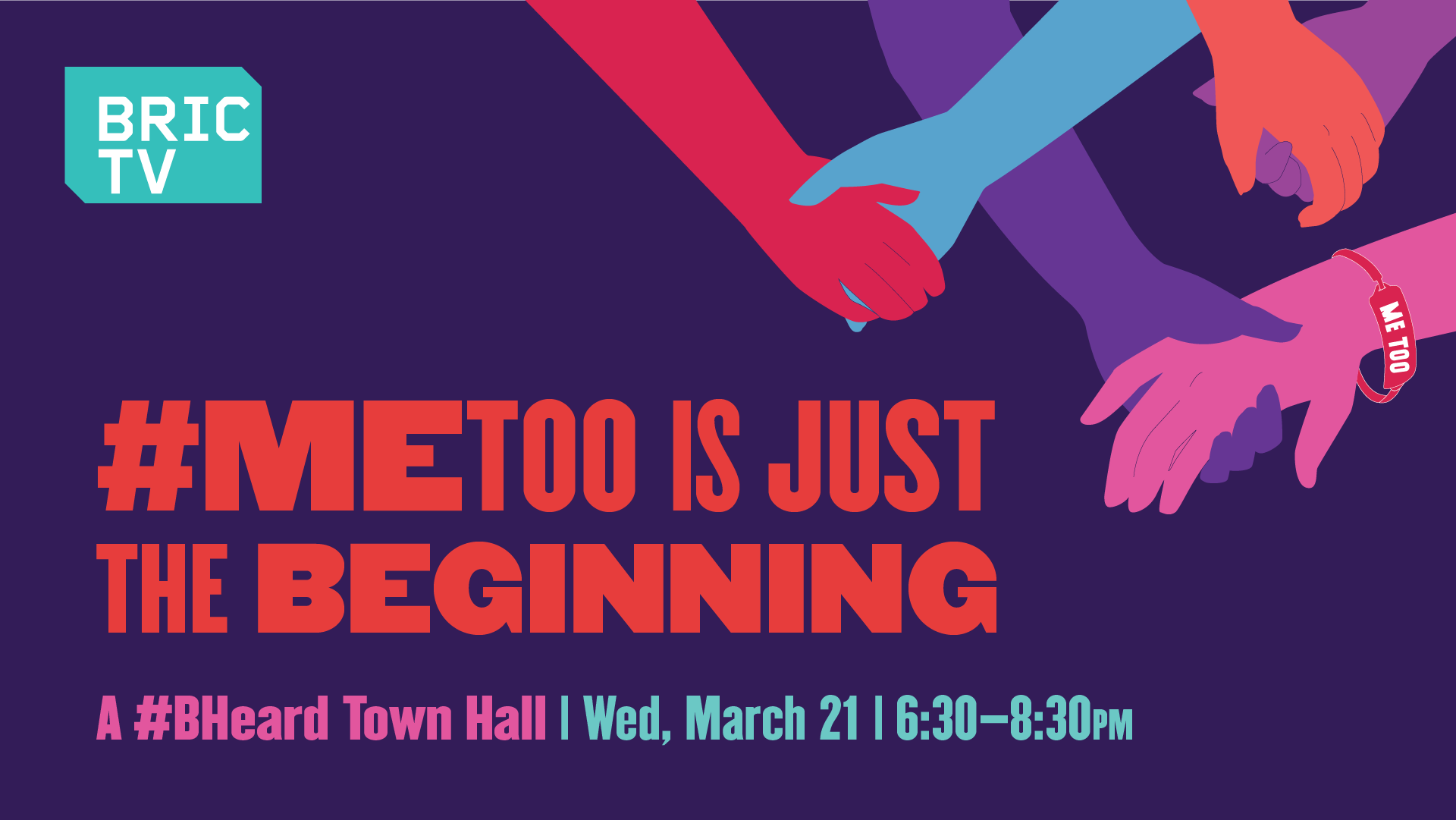