Do you know about BRIClab? BRIClab is our commissioning and residency program for local artists working in music, dance, theater and multidisciplinary performance. Each year, seven or eight artists are chosen for this program and the residency ends with two work-in-progress showings in our Artist Studio space at BRIC House. As part of the program, we encourage artists to learn from their experience and take time to understand how the audience feels about the work. This is where you, the audience, come in! Each BRIClab performance is followed by a dialogue between the artist and audience, where you can provide valuable feedback for the continued development of the work. Learn about these amazing artists and be a part of their process! 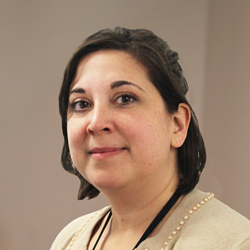 Kamala Sankaram has been praised as "strikingly original" (The New York Times) and "new voice from whom we will surely be hearing more" (LA Times). Recent commissions include Washington National Opera, Houston Grand Opera, Opera Memphis, Opera on Tap, and the Brooklyn Youth Chorus. Awards, grants and residencies include: Jonathan Larson Award, NEA ArtWorks, MAP Fund, Opera America, NY IT Award for Outstanding Production of a Musical, the Civilians, HERE, the MacDowell Colony, and the Watermill Center.  Her opera, Thumbprint (written with librettist Susan Yankowitz), premiered in the 2014 PROTOTYPE Festival, and was featured on NPR, Agence France Presse, and media outlets around the world. Thumbprint has since received productions at LA Opera and Opera Ithaca. She is currently working with librettist Jerre Dye on The Parksville Murders, the first opera written for virtual reality. Episode 1 is now available on Samsung VR. As a performer, Kamala has been hailed as "an impassioned soprano with blazing high notes" (Wall Street Journal). She has performed and premiered pieces with Beth Morrison Projects, Anthony Braxton, and the Wooster Group, among others, and is the leader of Bombay Rickey, an operatic Bollywood surf ensemble whose debut was named Best Eclectic Album by the Independent Music Awards Vox Pop. Bombay Rickey’s opera-cabaret Bombay Rickey (Meets the Psychology of Desire), a collaboration with Rob Handel and Kristin Marting, premiered in the 2016 PROTOTYPE Festival and was most recently presented in London at Tête-à-Tête Opera’s Cubitt Sessions. Bombay Rickey has been selected for the 2017/18 season’s Mid-Atlantic Arts touring roster, and will release their sophomore album in the spring of 2018. Ms. Sankaram holds a PhD from the New School and is currently a member of the composition faculty at SUNY Purchase. 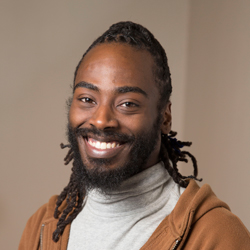 
Orlando Zane Hunter, Jr. (pictured) is an international artist who has performed in Trinidad and Tobago and Zimbabwe, Africa with Ananya Chatterjea. He has received a B.F.A. in dance from the University of Minnesota. Recently he choreographed and danced in Redbone: A Biomythography, which debuted at the Nuyorican Café, Wild Project Theater, and Duke University: Women’s Center. Orlando Hunter’s solo, “Mutiny,” was selected in the 2015 Dancing While Black performance lab held in Trinidad and Tobago. He has presented his choreography at Thelma Hill and on Time Warner Cable network through Germaul Barnes’s project, Black Bones. Since his arrival in New York City, Orlando has performed works by Christal Brown, Edisa Weeks, Germaul Barnes, Andre Zachary/Renegade Performance Group, Forces of Nature and Ni’Ja Whitson-Adebanjo/NWA project. In addition, he is the co-founder of Brother(hood) Dance! and 2015/16 Dancing While Black Fellow. 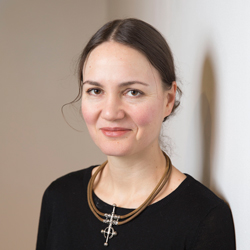 Anaïs Alexandra Tekerian (Tangled Lines Productions) has performed in theatre and film around New York. Credits include Fault Lines (Invisible City Theatre Company), Blood and Honey (Theatre in the Flesh), Disappeared (Richmond Shepard Theatre), Returning (HERE), Lorca (Blue Heron Art Center), The Faith Project (the Tank), Valiant (Fringe Festival), and Howling (La MaMa). Her multi-media play, Tangled Yarn, created with Kevork Mourad, premiered at the New York International Fringe Festival in 2010, and was presented at Alwan for the Arts, the Lycée Français La Pérouse, San Francisco, and the Berkshire Fringe in 2011, followed by Waterlogged at the New York International Fringe Festival in 2011. Along with singers Teni Apelian and Yeraz Markarian, she founded Zulal, an Armenian a cappella folk trio, which has been featured on WNYC’s New Sounds (New York’s NPR station), and has toured internationally, performing in such venues as Carnegie Hall, Symphony Space, and the John F. Kennedy Center for the Performing Arts, along with performances for Cirque du Soleil and The Silk Road Project. With flamenco guitarist Anna Garano, she has performed at the Neue Galerie, Alwan for the Arts, and San Francisco’s Union Square, among other venues. A native San Franciscan, she earned her degree in theatre from Yale University and now resides in New York. 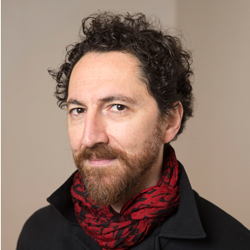 Kevork Mourad (Tangled Lines Productions) is an acclaimed Armenian artist from Syria who has exhibited in the United States, Damascus, and Dubai. He is represented by the Galerie Claude Lemand. His technique of spontaneous painting brought him to specific, pre-planned projects that include live drawing and animation—collaborations in which art and performance develop in counterpoint to each other. As an artist-performer, he is an active member of Yo-Yo Ma’s Silk Road Ensemble, with which he has performed, among others, at Brooklyn Museum, the Nara Museum in Japan, the Art Institute of Chicago, and the American Museum of Natural History, (and with whom he appears in the 2016 documentary The Music of Strangers). With performers such as Kinan Azmeh, Tambuco, Brooklyn Rider, and The Knights, he has performed in Syria, Mexico, Lebanon, Holland, France, England, Canada, and around the United States, and in such prestigious institutions as the Lincoln Center Atrium, The Art Institute of Chicago, the Rhode Island School of Design, Harvard University, the Rubin Museum of Art, Tanglewood, the Festival du Monde Arabe de Montréal, the Dutch Royal Palace for the Prince Claus Foundation, and the Metropolitan Museum of Art. The 2016 recipient of the Robert Bosch Stiftung prize, he is currently at work on an animated short film about Syria.
Theater