How we perceive ourselves, visually and mentally, is integral to our sense of personal identity. Respectively, how we see the world is intrinsic to our sense of society, and, more importantly, our sense of how we fit into that society. Art historical cannon has played a fundamental role in how we see both ourselves and our communities. However, as social and political dogma has evolved there has become an ever expanding field of possibility for artists to actively try and alter that which has been previously assumed (such as the assumption of what makes an individual beautiful). Particularly in the case of female and marginalized peoples, the need to reevaluate and address discrepancies and prejudices in artistic representation has become increasingly imperative. How exactly to challenge these traditional modes of representation, though, is a very open-ended question.

The artists in this exhibition all in some way deal with issues of identity, and the overarching presence of tradition, but this is not to say that they are all analogous. What art provides is a series of strategies, with varying choices such as of medium, figurative (or non-figurative) mode, or collaborative or individual practice. With such a vast array of practical considerations there are a multitude of possible outcomes. What makes this collection coherent and significant is that despite the works visual, and sometimes phenomenological, differences, there is a discernable common effort to either break down the presumed canon, establish new understandings of representation and identity to replace old ones, or both. 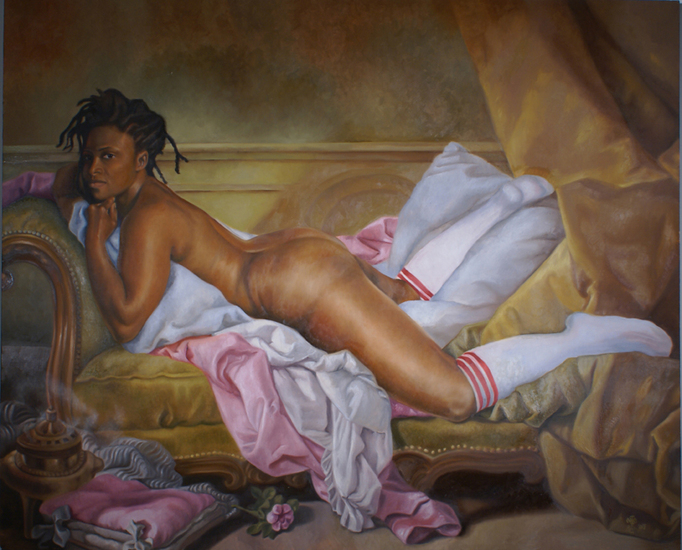 Nina Buxenbaum’s body of work employs textual and art historical canon to examine personal and societal norms. By placing women, and specifically women of color, into canonical contexts, she attempts to amend their historically conspicuous absence from such frameworks, as well as alter traditional stereotypes. Further, many of her works draw on her own biracial heritage, allowing not only for a poignant degree of self-expression, but also the ability to tackle greater issues of personal identity.

Through varying employment of both subject and medium based strategies, Jane E. Zweibel creates works that challenge the tradition of “male dominated fine art and female generated craft.” Her ‘stuffed paintings’ physically toy with the boundary between sculpture and painting, much in the same way they toy with conceptual identity-based dichotomy’s (for instance childhood/adulthood, factual/fictive lives). Through varying forms of self-portraiture she explores questions of female identity, both in how it relates to her personally as well as to a greater audience. 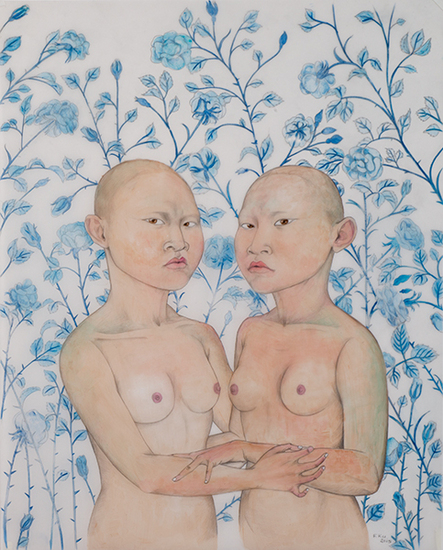 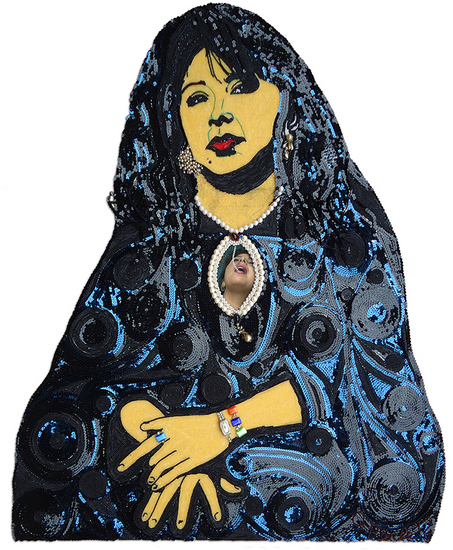 Quimetta Perle utilizes an extensive array of material means to create artworks that teeter in between object and image. Amalgamating visual and sensorial materials, from beads to iPods, Perle is able to address traditional tropes pertaining to perception and identity. The women portrayed in many of her works are placed within canonical style milieus, but with an edgy and contemporary twist that grants them a legitimacy and strength often absent in traditional imagery. 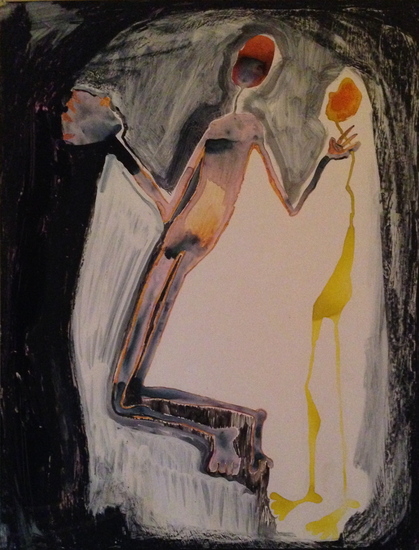 Largely informed by textual narratives, in addition to Jewish folklore and mythology, Arielle Stein creates works that operate within their own conceptual world. Focusing on female and deviant bodies, Stein bestows an active individuality to these forms that is often revoked by societal systems such as patriarchy. Further, by bringing these societally divergent bodies to the forefront, her work challenges the viewer to reexamine their beliefs concerning both personal and collective identity. 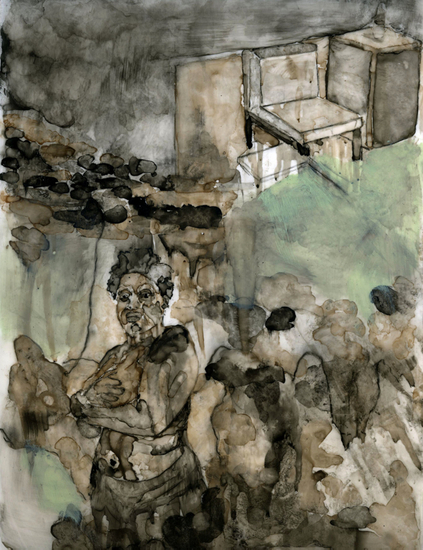 Artist Florine Demosthene powerfully implements narrative into her oeuvre as a means to analyze the ways in which the black female body is perceived in contemporary society, and, additionally, how physical size is presumed to determine personal capacity. By placing physically nonconforming protagonists into her visual narratives, Demosthene offers an alternative solution to questions of identity by granting them the same assumed significance that is usually reserved for conventional figurations. 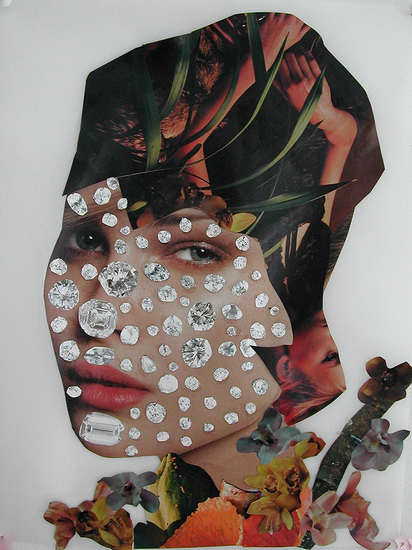 Implementing mainstream cultural imagery through such materials as magazine clippings and found supplies, Coco Papy’s work is visually both familiar and strange. Papy explores identity and femininity, and often the conflation of the two, as well as the frequently contradictory relationship between popular culture and reality. The forms presented are simultaneously aesthetic and warped, emphasizing the often treacherous task of reconciling personal and communal identity.

Annikka Olsen is currently Associate Editor at SNAP Editions, a publishing and communications company based in New York City. She holds her B.A. in Art History (2013) from the University of Southern California, and an M.A. in Art History from University College London (2015). She previously held the Modern Women’s Fund 12-Month Internship in the Department of Photography at the Museum of Modern Art, New York. Her areas of research and interest are performance and its documentation, issues of representation and identity, and the history of art theory.