As part of the release of Sole Kings, BRIC TV has embarked on a special street style series titled The Sole Kings of Kings County. Each week we will showcase a person or group that considers themselves a legitimate sneakerhead inspired or influenced by Brooklyn. 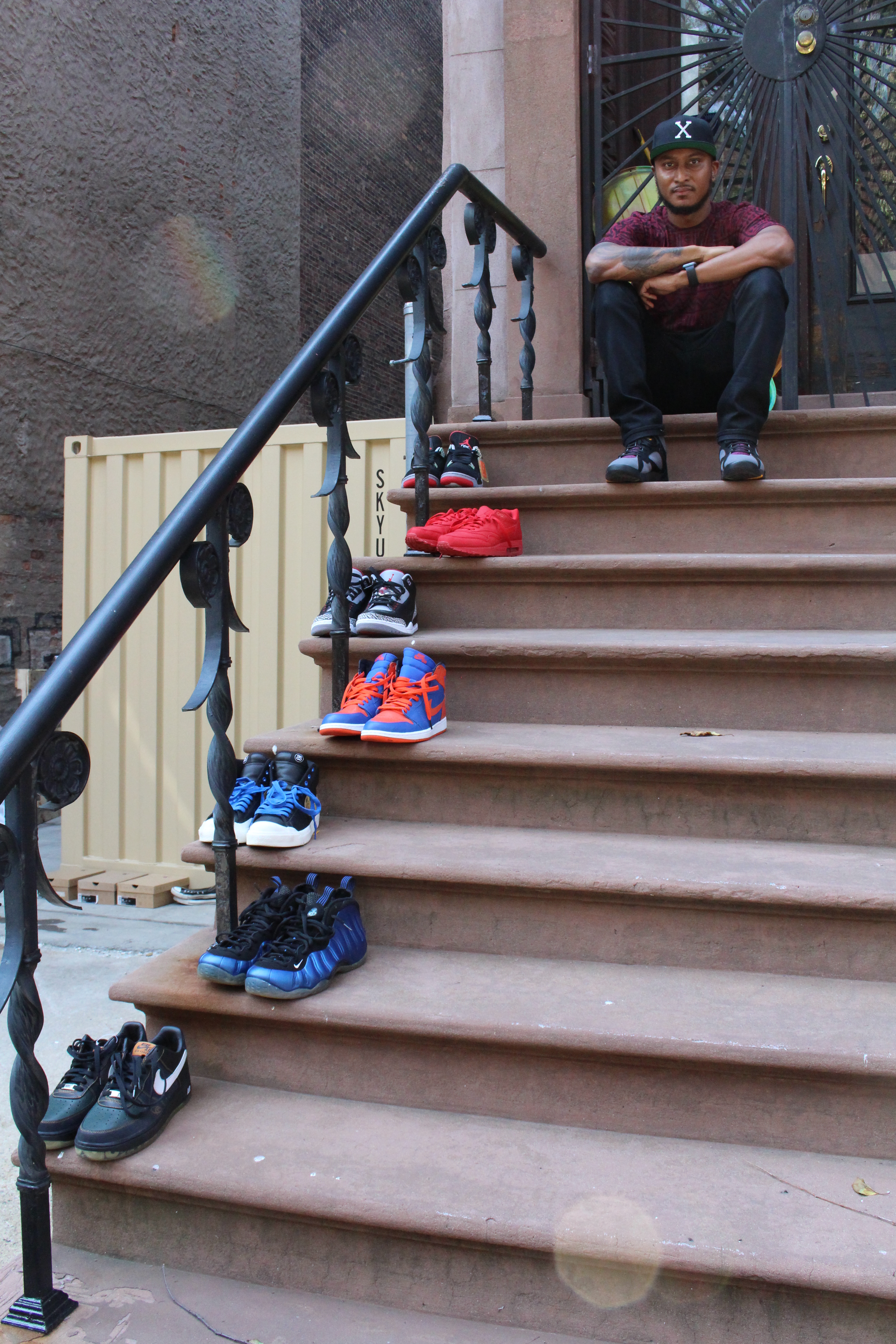 Patrick: I would say I started out as a "sole prince" and evolved into a Sole King. I remember in '93 when my Dad took me to my first Knicks game at the Garden and I had a pair of Playoff Jordan 8's on. I remember just being so fixated on the design and colorway and it being similar to a pair of Air Raid's Peace colorway I also had. That's where it started. My late aunt used to support my habit at an early age. In junior high school I begged my dad to buy me a pair of Reebok Iverson sneakers, The Answer's in white/red to be exact. He eventually did.

I remember when the Jordan Playoff 13's came out and I got those. But when I really started to take my sneaker game to another level was when I got into high school. I saved up money from all angles to purchase a pair of all black Nike Total Air Foamposite Max aka Tim Duncan's at the Footlocker on Carmine Street near West 4th Street. I'm one of the original heads of my era. I did the release lines at Niketown up until I got my second job at Footlocker. When I didn't have to wait in line anymore, I would get up and go to work on Fulton Street, sell about $3,000 worth of  whatever the marque release was, which was usually Jordan's, and then purchase my pair and go back home. Sometimes I got pairs for very cheap. There was this program Footlocker had called Heroes, basically if someone expressed to your manager that you had extraordinary customer service the company would give you a $50 dollar coin that could be used in conjunction with your employee discount, so there were sometimes I got some product at a very good price. I remember finding gems in the stock room like white/Carolina blue Air Max 95's for $15. I think you know where I'm getting at.

It was part of the culture to get a new pair that dropped on Saturday and wear them to school on Monday. But there were times even before my footlocker tenure when I would shop on Fulton Street and go on the hunt to get them early a few weeks early like Memphis Bleek "went to Tom D's, n----s mad, veins out, cop the Jordan 2's weeks before they came out." I was just a sneakerhead I bought the Jordan 5 Laney's about three weeks before the release. The Jordan 15's about two weeks in advanced and the Jordan 3 True Blue's about a month ahead because of my best friend City. Getting exclusive Fightposites white/navy, gold and eggplants. I always kept a few pair of construction Timb's in the closet. But I had all types of kicks, from Jordan's, Foamposite's, Nike basketball sneakers to Reebok Pumps. I got those cheap at Footlocker near Grand Central Terminal. I remember the reaction when I wore those to school come Monday, dudes were like, "yooo where did you get those?" I'm saying to myself , "I got them for $50 bucks." But I played basketball heavy. From that time I was playing up to my college days. Some of these kicks made it on the gym floor, playground and backyard in Canarsie. Sneakers were a part of the culture growing up throughout the late 90's thru 2000's. If I ever had the chance to buy a Tier Zero product that I liked I would go hard to get them. 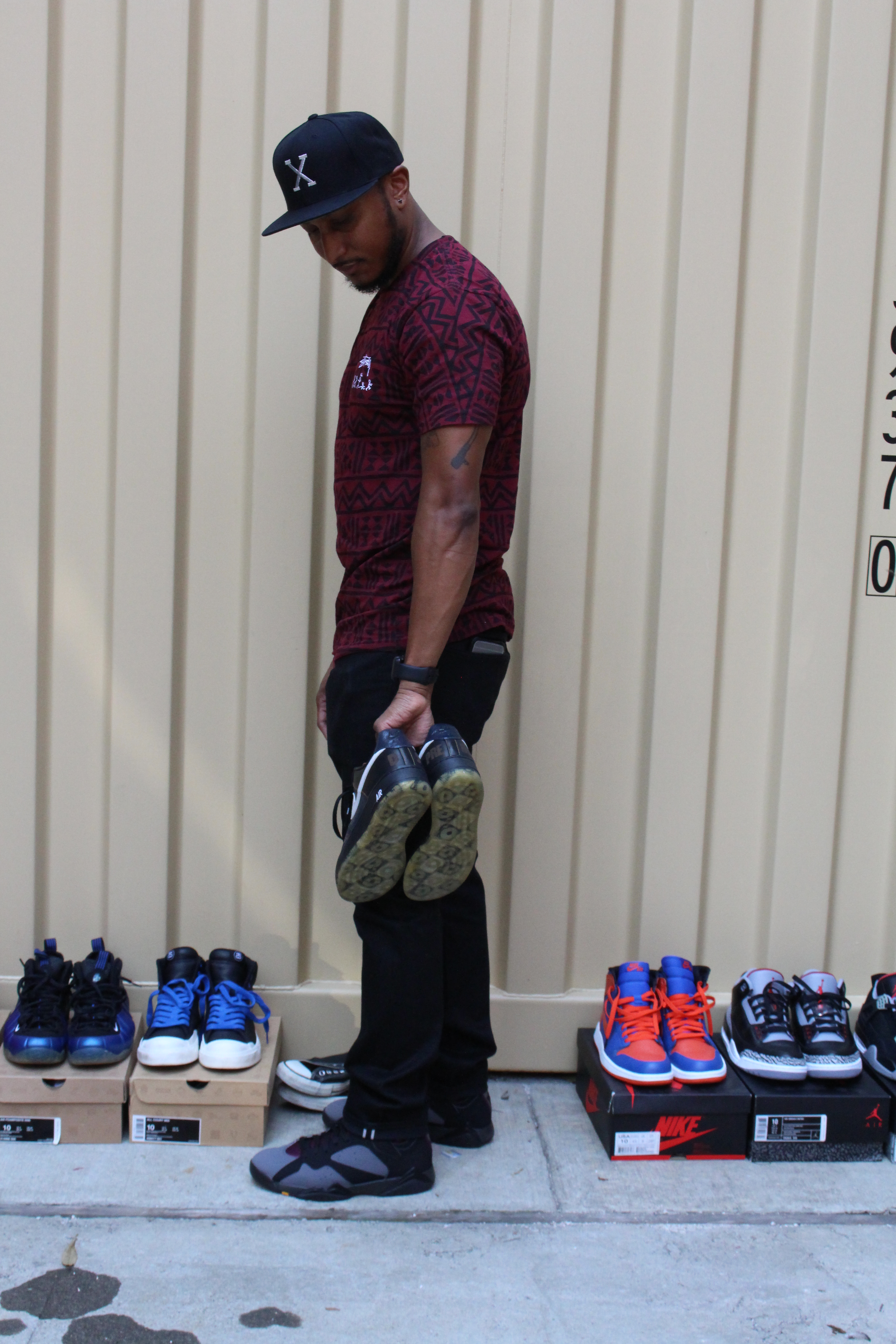 BRIC TV: How has sneaker culture influenced you as a person?

Patrick: Sneaker culture has influenced me to get a job in it [the industry]. I worked for a small boutique sneaker store in Flatbush in 2009 and I was good at selling products to people. I started to go into materials denim being one of my favorites because of the patina that develops over time and then working for Converse customizing shoes and apparel. As the years went by I started to really hone in on particular products because of the materials. I was still an avid sneaker collector but starting to mature a little bit. I remember one of my co workers at the time who is also a good friend of mine told me I should slow down on the sneakers. Ask yourself a question "would you wear it tonight?" And if the answer is no, you don't need to buy them. That turned out to influence me because he used to say buy the experience so that's when I started traveling abroad. I have a particular pair of converse that I customized and has been on these trips with me.

BRIC TV: What is your favorite pair of sneakers?

Patrick: My favorite pairis a very tough question but it's probably the Jordan 4's in black and red. It's a shoe that takes me back to my days of being a teenager, walking around Fulton Street going to Beat Street to buy vinyl, taking the L to the A train getting off at Hoyt Schmerhorn or Jay Street and walking around with a pair of Bo Jackson's and a Homestead Grays fitted or something.

My taste has evolved and I have prioritized things a lot different. If it doesn't bring me some type of nostalgia or they're not really dope I won't buy them. It's different now, raffles on Twitter pollute your social media with pictures and comments to have a chance to win. Yeezy culture is something else that I won't even speak on. But overall I love being an original sneakerhead and that's why I'm a Sole King. 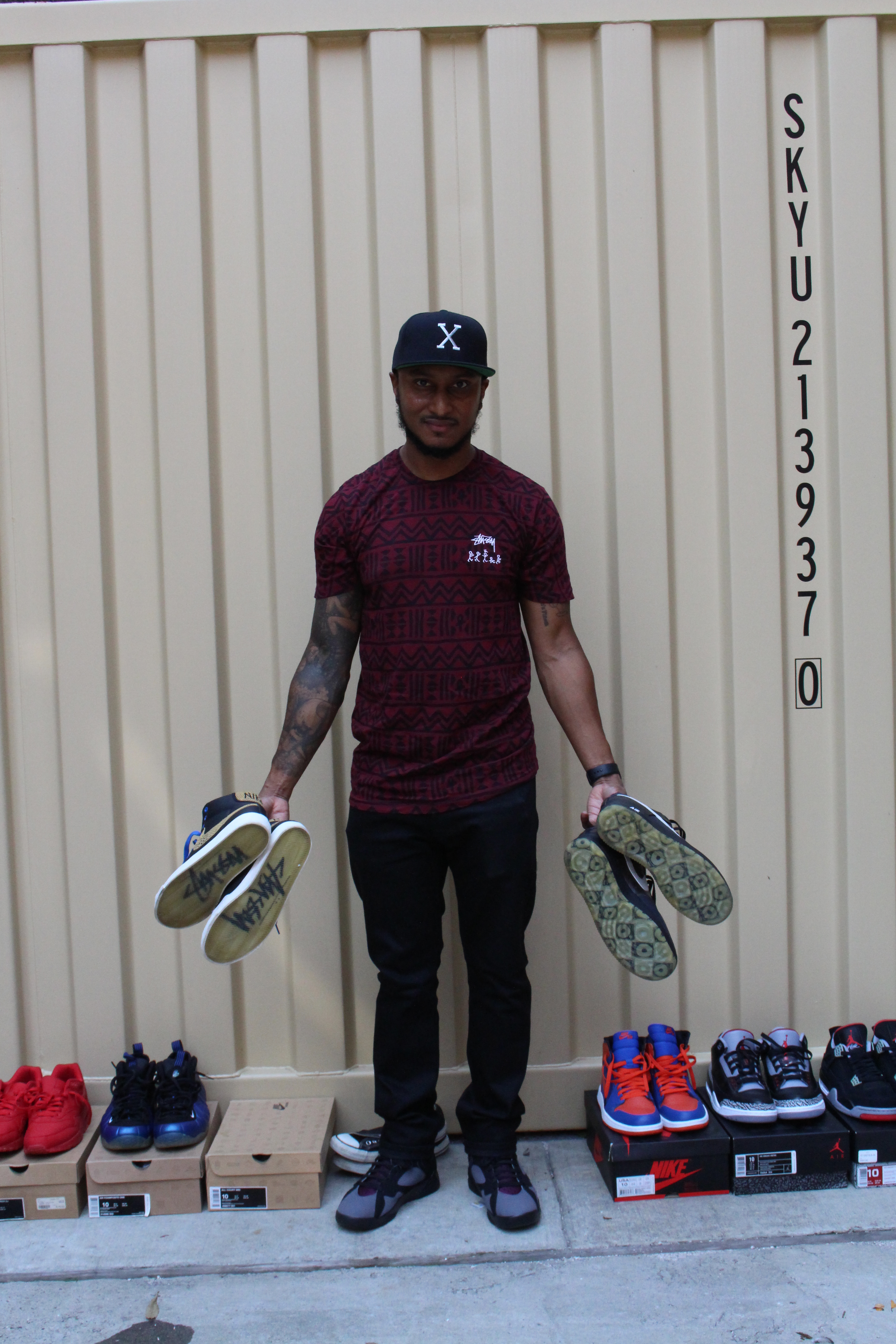 Watch Sole Kings on BRIC TV Mondays at 9PM! Subscribe to our YouTube to know when new episodes drop.