On view through May 7, the Public Access/Open Networks exhibition highlights over 100 historic and contemporary artists (both individual artists and collectives) who use Public Access television and new online platforms for the open and uncensored creation and distribution of their work. The show also documents the historic relationship between community-produced media and political action. Along with these new platforms for producing work, the artists in the Public Access exhibition also generated remarkable words, phrases, and titles associated with the work that at their base are both intriguing and delightful.

Below, we give you a list of amazing coinages from the Public Access show and their definitions. Visit the exhibition to get an even deeper understanding of their context. 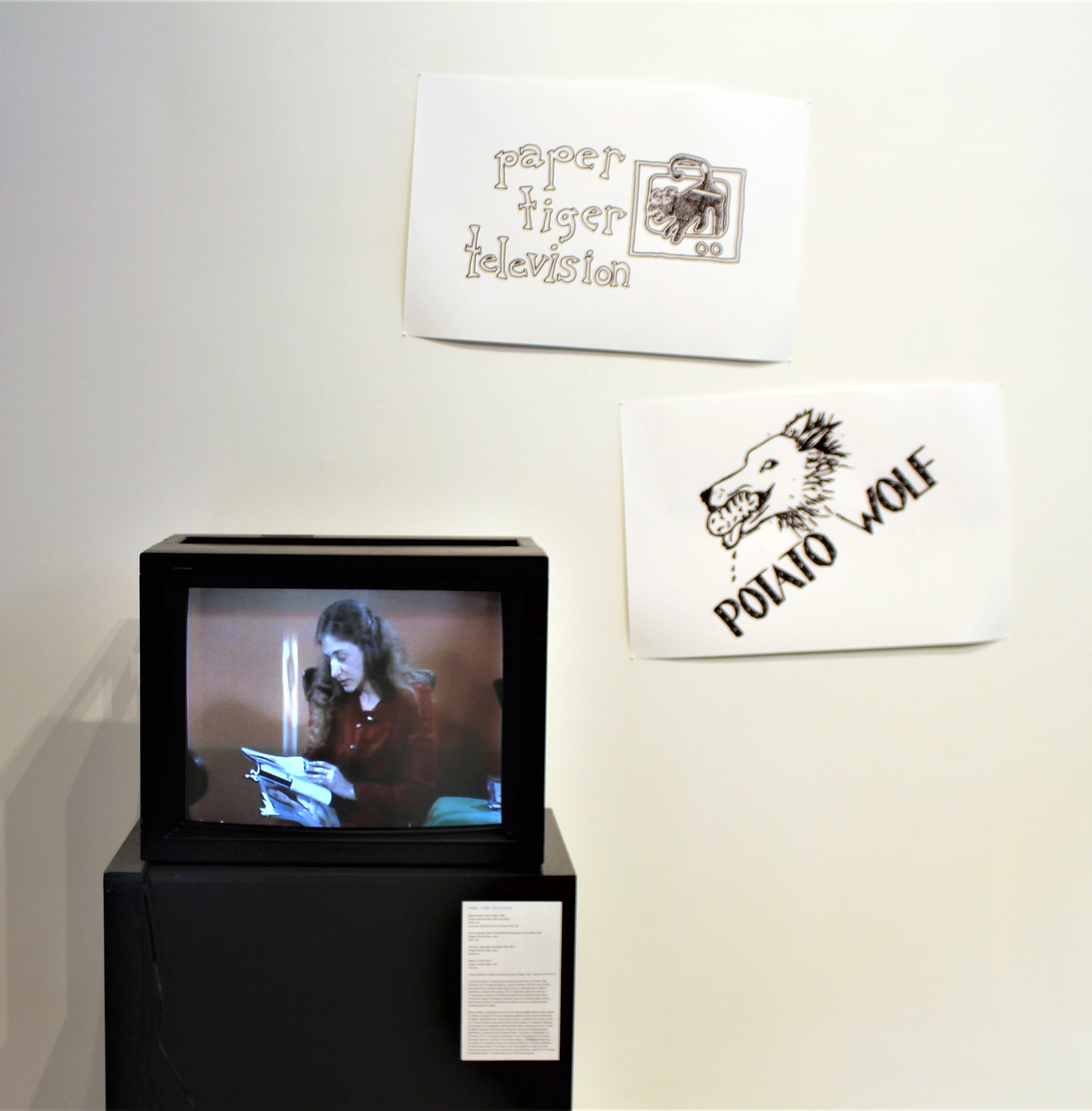 GUERILLA TELEVISION: A term, coined by the 1970s collective TVTV that described a wave of independent videography informed by the belief that new media could challenge mainstream narratives and promote radical politics.

CARDBOARD CONSCIOUSNESS - A style of shooting that created a tacky, lo-fi aesthetic and was used by Colaborative Projects (Colab) while filming their show Potato Wolf TV.

ZANY TALK SHOW - A TV genre that became the most well-known within Public Access. Zany Talk Shows that aired in the 70s had low production budgets and casts that doubled as crews.

HENNESSY YOUNGMAN: The satirical alter-ego of video artist Jayson Musson that he created for his webseries Art Thoughtz. Musson parodies the confines of high and low culture as well as racialized stereotypes. 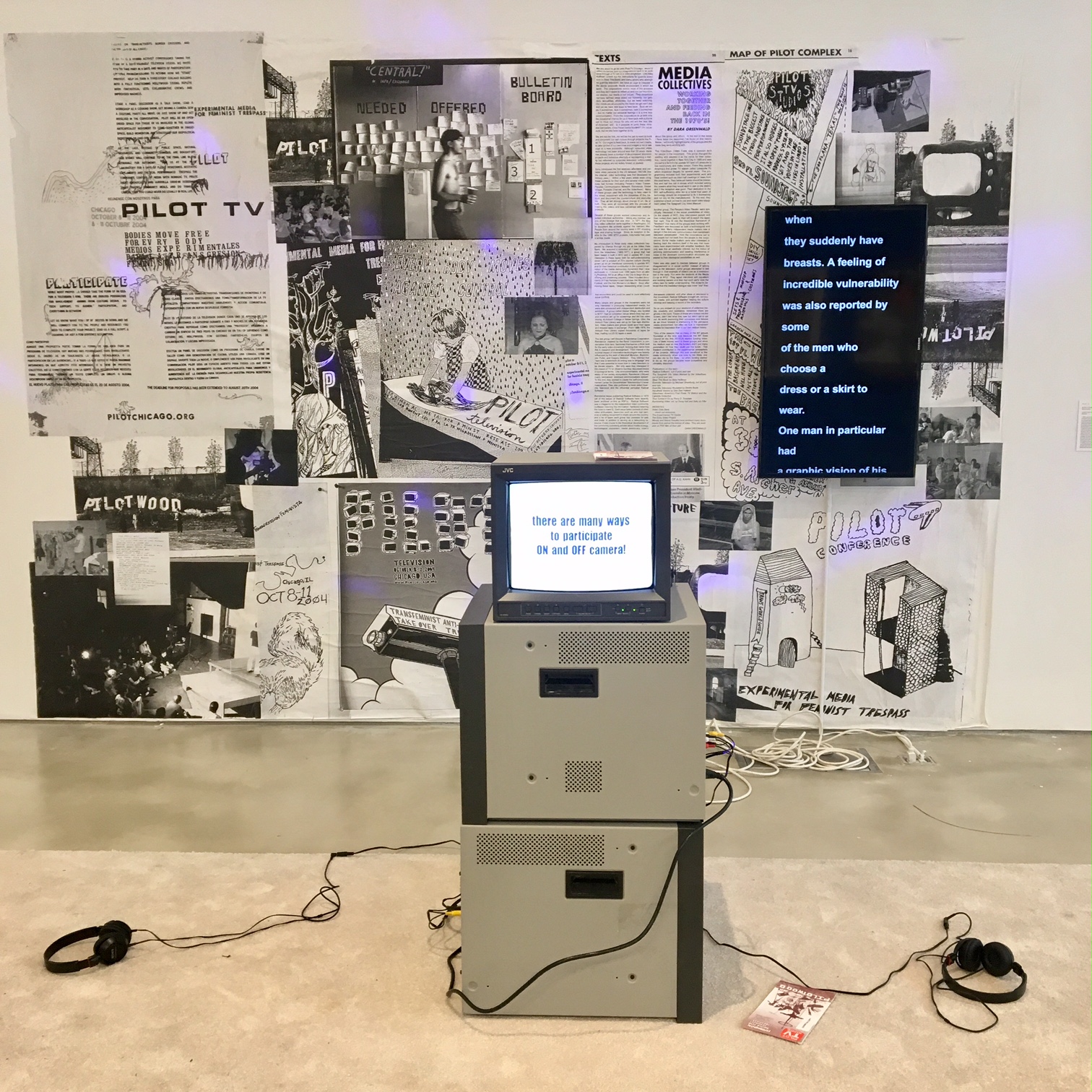 MEDIA DEMOCRATIZATION: Did you know that most TV Pilots (the very first episode of a TV show) never see the light of day? In 2004, the creators of experimental television station Pilot TV created a platform for media democratization by allowing viewers to decide which shows they do and don’t like instead of Studios and Networks.

THE WAFFLE SHOP: A restaurant founded by Jon Rubin that produced and broadcasted a talk show. In The Waffle Shop, diners became audience members and TV personalities as they experimented with their public identities through unscripted performance.

MAN-ON-THE-STREET SEGMENTS: Groundbreaking film segments invented by hip hop legend Ralph McDaniels in his television series Video Music Box. The man-on-the-street segments of the show were shot on the streets of Brooklyn and offered members of the public a chance to shout-out to family and friend as well as discuss political and social issues.

VIDEOKITSCH – “Dr. Videovitch” was the on-air, alter-ego of Public Access pioneer Jaime Davidovich. On his show, he fielded live calls from viewers and would sell various items known as “videokitsch.”

RADICAL SOFTWARE:  The name of a journal created by 1970s artist collective Raindance that outlined theories and methods for undermining mainstream TV using public and cable programming. Through the creation of videos, Raindance demonstrated the platform’s ability to incite social change.

ANT FARM: Created by the artist Chip Lord, Ant Farm was a San Francisco-based graphic arts media group that attempted to change public perceptions of public figures so as to dissolve American myths and icons, which he believed were informed by our consumer-based, media-driven culture.