In continuing to celebrate Women’s History Month, we sat down with Elizabeth Ferrer, BRIC's VP of Contemporary Art, to talk about her journey in the art world as a woman curator of color, and to hear about #5WomenArtists whose work currently inspires her.

Ferrer is a longtime curator who has been affiliated with BRIC since 2007, and who is a specialist in Latino Photography. In addition to curating exhibitions at BRIC House, she has presented exhibitions at such institutions as the Wallach Gallery at Columbia University, New York; the Americas Society, New York; the Austin Museum of Art, Austin, TX; and for the Smithsonian Institution, American Federation of Arts, and Independent Curators International.

What made you want to enter the art field?

I’ve loved art since I was a child; there was never any question in my mind that I’d  dedicate myself to art and artists  I’ve also always loved learning and through art you can explore history, culture, philosophy, etc. – it’s really limitless.

I’ve honestly had lots of good experiences.  I’ve been able to present shows at a range of institutions, from smaller commercial gallery spaces to community and university museums, to major institutions like the Smithsonian Institution. I was fortunate to be maturing as a curator during a period when Mexican and Latin American art were receiving unprecedented attention in the United States. I was able to ride that wave and curate major exhibitions on important figures that were not as well known in the United States, like the pioneering modern photographer Lola Alvarez Bravo, and a painter who worked at precisely the same time as Frida Kahlo but received much less attention, Maria Izquierdo.  Because exhibitions I’ve curated have traveled to so many cities across the United States, I’ve been able to travel to a variety of different museums and be in contact with their diverse audiences, and I have always found that people everywhere eager to see art and discuss ideas.

How did you come to specialize  and really focus in on studying Latino photography?

I’ve always had a passion for photography, ever since high school.  A good deal of my work in the 1990s was devoted to Mexican photography – both to exhibitions and writing. Along the way, I realized I knew much less about Latino photographers closer at hand. I began to do some projects with En Foco, a photography organization based in New York, dedicated to photographers of color. Through this and other experiences, I came to know a substantial number of exceptionally talented photographers who were having a hard time getting exposure for their work. Several years ago I decided to write a book on the history of Latino photographers in the United States.  I’ve undertaken an immense amount of research and have uncovered an incredible history; Latino photographers have been active in this country since the 1840s. Histories of racism, of willful disregard, and ghettoization have acted to exclude all but a handful of these photographers from the history of the medium. I hope my book will rectify this situation.

In a 1971 article in ARTnews, feminist art historian Linda Nochlin asked the question: “Why Have There Been No Great Women Artists?” (Looking for equivalents to Michelangelo or Rembrandt, Picasso or Matisse, or even de Kooning or Warhol). Do you think times are changing and history-making woman artists are emerging?

Nochlin asked that question in a kind of subversive way. Of course there were great women artists, they were just not being recognized. Her book and other early efforts paved the way for much greater attention to be paid to  historic female figures, while also encouraging the efforts of younger women. Today, it is not an issue that male artists dominate in number, but they still dominate the marketplace. Many women artists are actively showing their work, are represented in museum collections, and receive prestigious grants - but there is still a lot of inequity. How many women vs. men have had solo shows at major museums like MoMA or LACMA?  How many are represented by commercial galleries considered to be top tier?  How many are the subject of major monographic critical studies? And to extend that conversation to the art world at large, how many women lead major museums? And how many women curators have been fired by their institutions in the last couple of months for political reasons?  We’ve raised the glass ceiling, but we certainly have not yet shattered it. There is still a lot of work to be done.

How do you think BRIC works to support and foster the careers of women artists?

A great deal – if you look at our history over the last ten years, there is more than equal representation of women in our exhibitions, as Media Arts Fellows, artists in residence, etc. One special effort we are making in the 2018-19 season is devoting much of the season to women artists. Our summer show, Alchemy, will focus on the work of six female artists. It will be followed by major solo shows dedicated to the work of Mary Mattingly, and Penelope Umbrico, respectively.

Can you name #5WomenArtists—particularly women artists of color—whose work BRIC has showcased and whose stories you find inspiring? (This question supports the National Museum of Women in the Arts’ annual award-winning social media campaign, this year focused on celebrating women artists on color in the arts.)

I can name a lot more than five but here is a start: 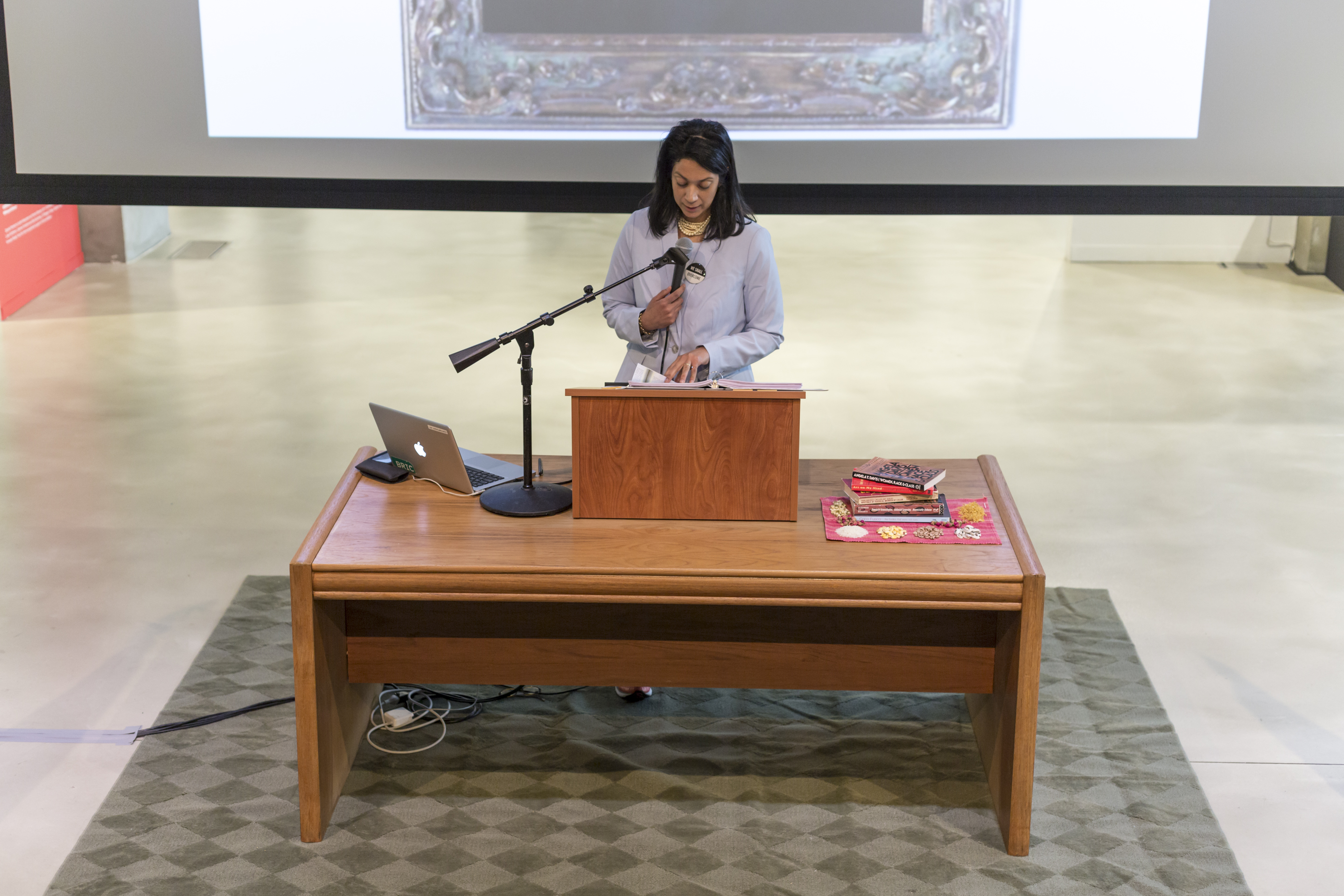 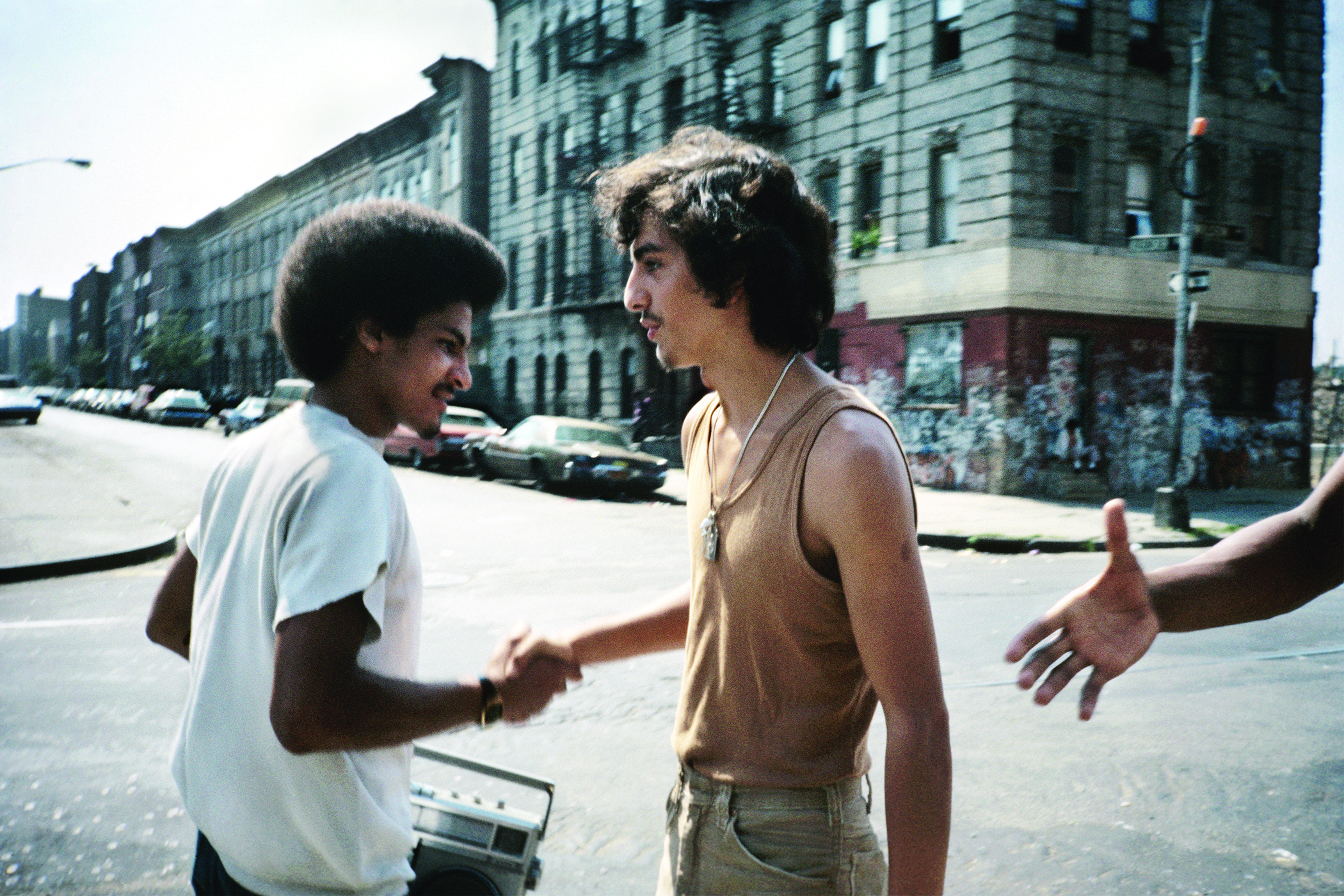 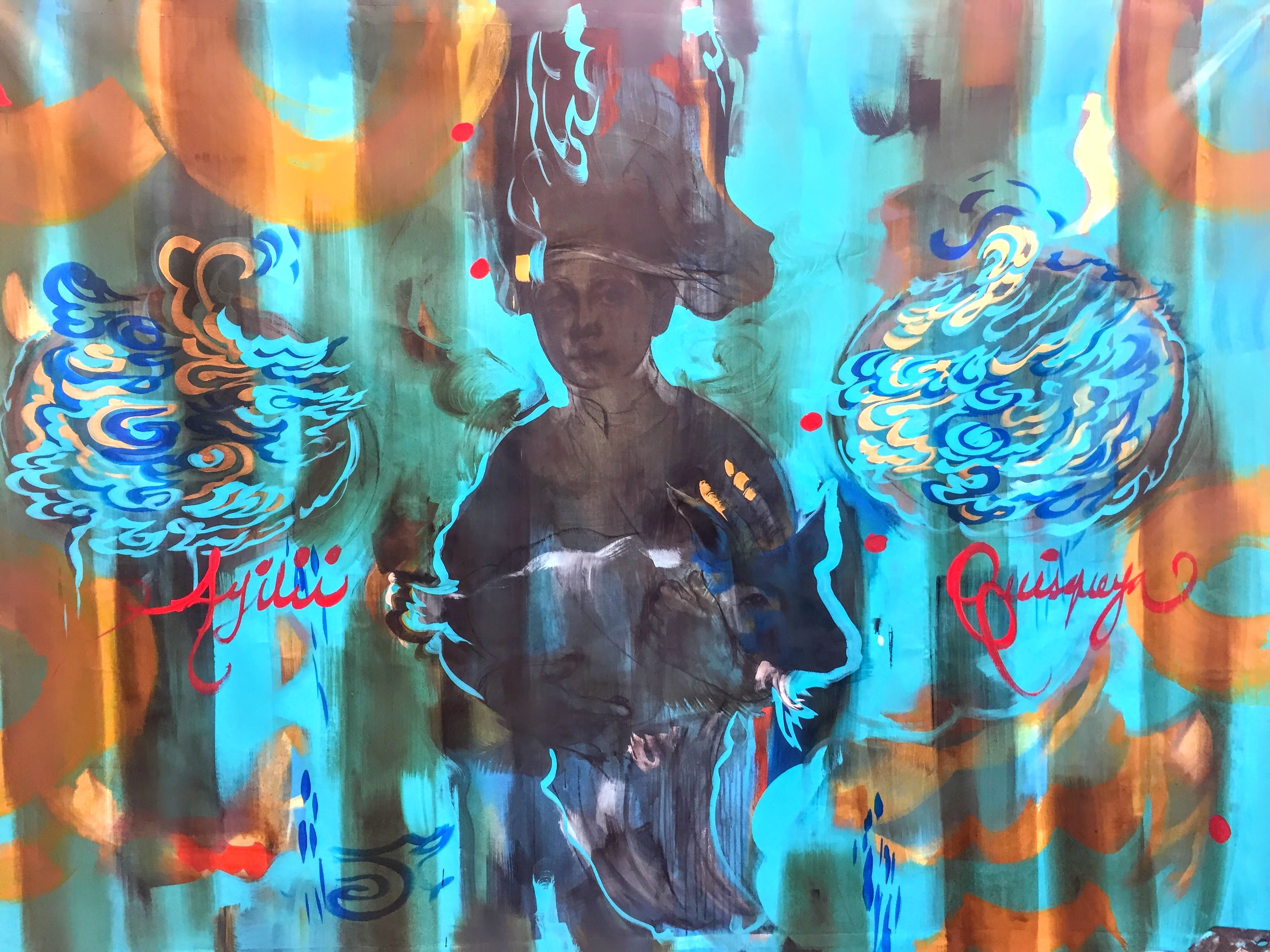 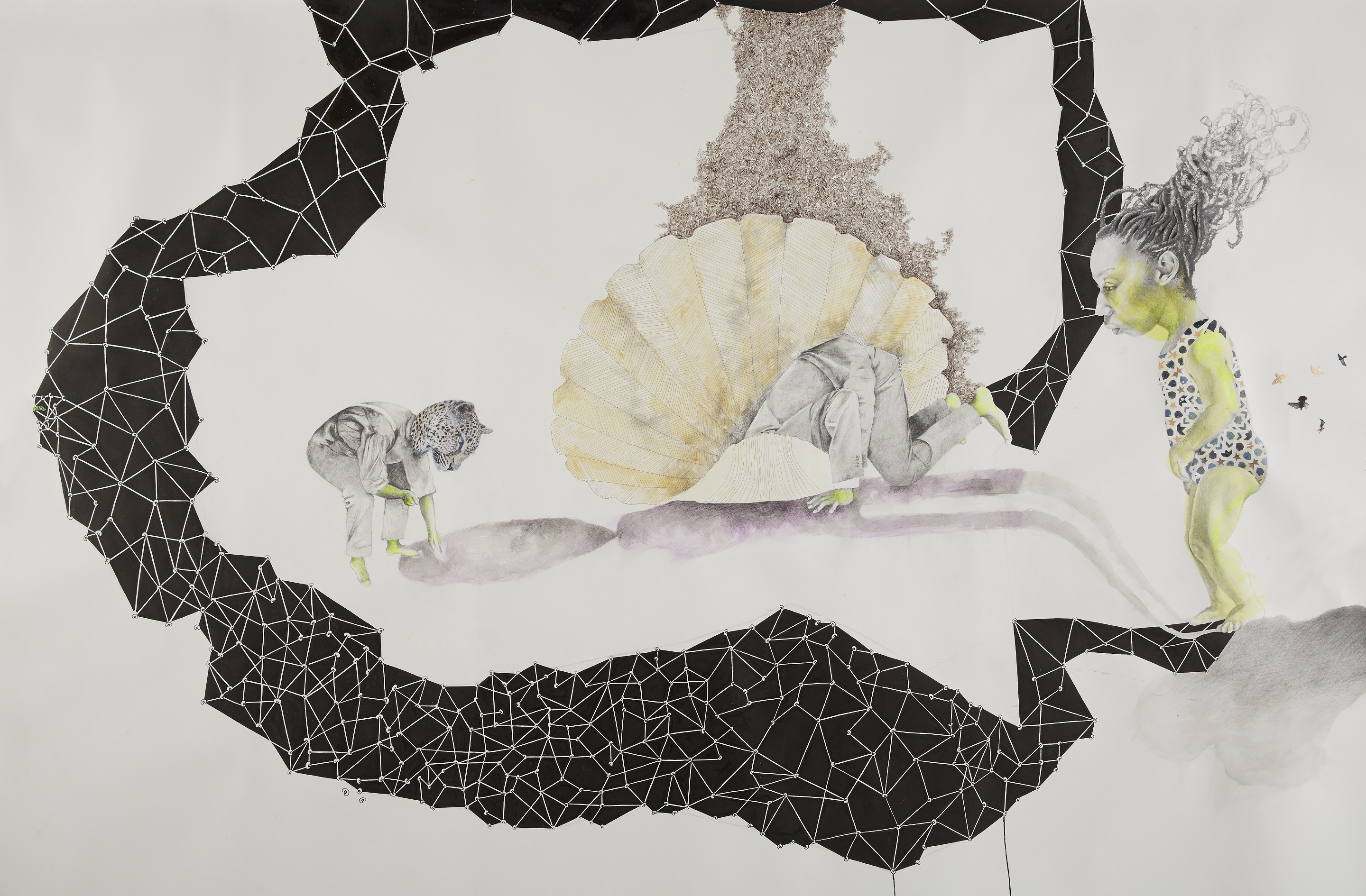 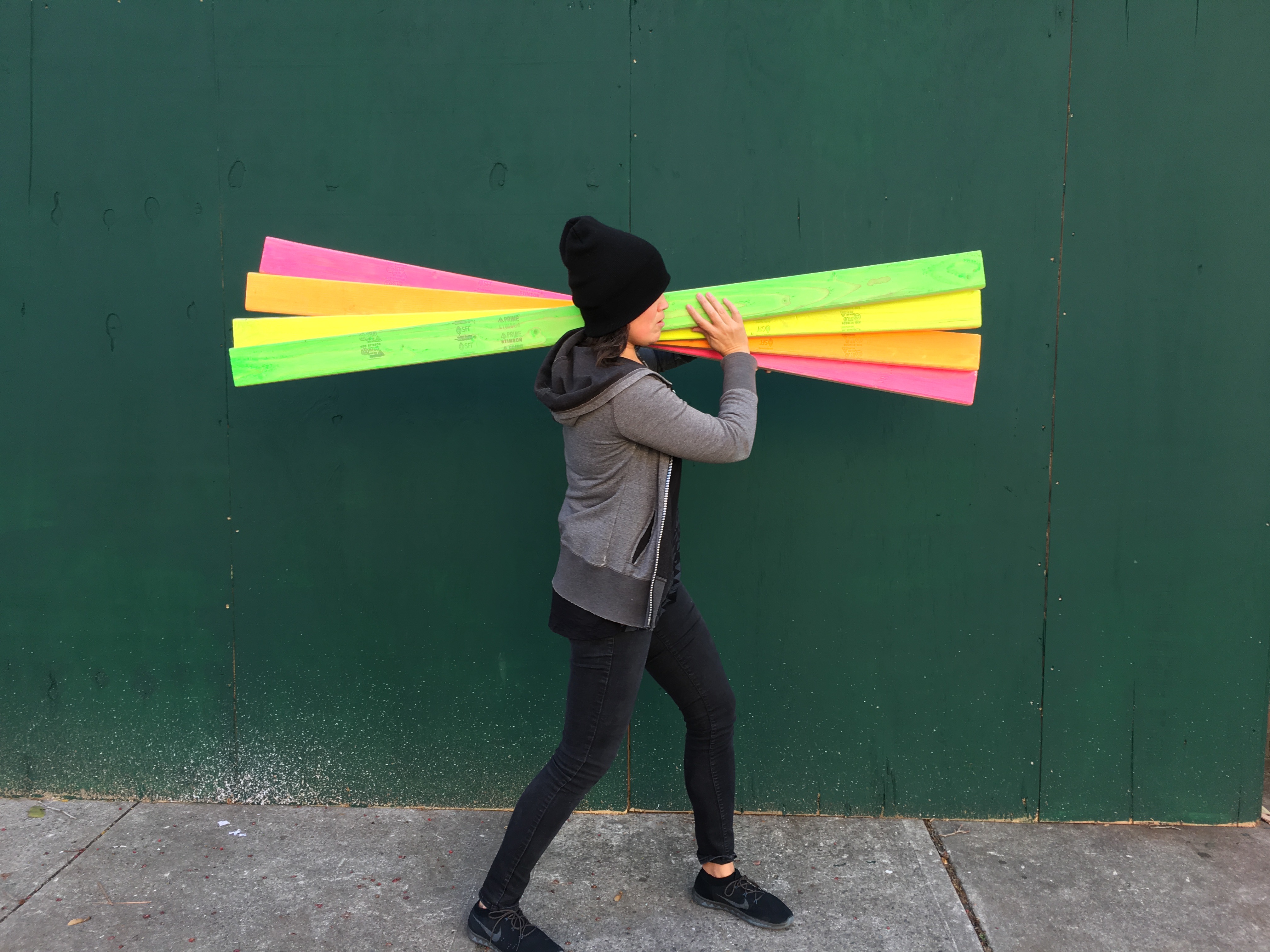