BRIC and the american vicarious Present A Live Staging of DEBATE: Baldwin vs Buckley

In the run-up to the 2020 Presidential Election, BRIC and the american vicarious restage the historic 1965 debate between intellectual heavyweights, James Baldwin and William F. Buckley Jr. 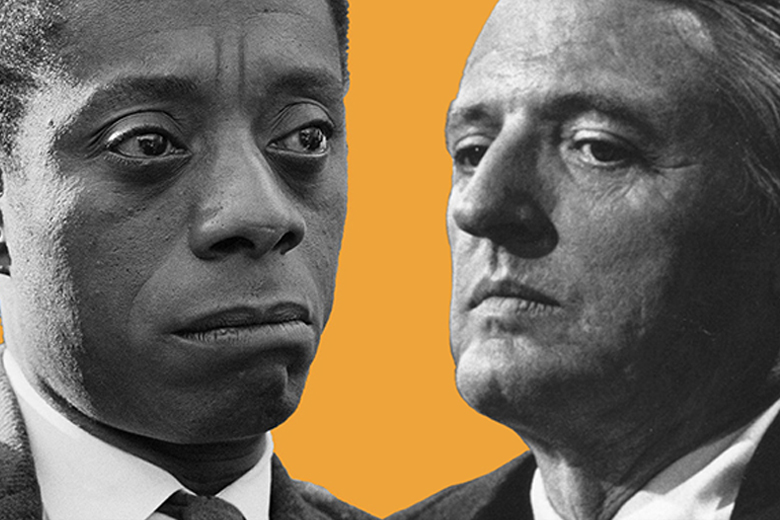 Courtesy of BRIC and the american vicarious.

(BROOKLYN, NY — OCTOBER TK, 2020​): BRIC in partnership with the american vicarious, are pleased to announce, DEBATE: Baldwin vs Buckley. For three consecutive nights, the american vicarious will restage the historic 1965 debate between intellectual heavyweights James Baldwin and William F. Buckley Jr., echoing the original question: “Is the American Dream at the expense of the American Negro?”

On February 18, 1965, students at the Cambridge Union in Cambridge, England, gathered to bear witness to a historic televised debate between James Baldwin, the leading literary voice of the Civil Rights movement, and William F. Buckley Jr., a fierce critic of the movement and America’s most influential conservative intellectual. The stage was set for an epic confrontation that pitted Baldwin’s call for a moral revolution in race relations against Buckley’s unabashed elitism and implicit commitment to white supremacy.

The objective of the american vicarious in restaging this historic debate is not to inhabit such monumental figures as James Baldwin or William F. Buckley, their shoes are too large to fill. Rather, the objective is to place their words, which still resonate 55 years later, within the voice of contemporary artists on the contemporary stage.

Live performances of the debate will take place every night at 7:30 PM EST between Thursday-Saturday, October 22-24, 2020. Viewers can tune in on BRIC’s YouTube and the following cable channels: Spectrum 1993, Optimum 951, and Verizon 47.

Cast to be announced.

ABOUT THE AMERICAN VICARIOUS
Under Artistic Director Christopher McElroen, Producing Director Erica Laird and Executive Producer Tony Micocci, was formally incorporated in 2018 and is committed to producing creative content across disciplinary boundaries that aspires to reflect on America’s ideals and realities, and that which unites and divides its people. Current projects include the NY Times Critic’s Pick STATIC APNEA (2020) which runs through Oct 17 at The Invisible Dog, Brooklyn. Recent projects include Jaymes Jorsling’s (A)loft Modulation, Gerald Clayton’s concert installation Piedmont Blues: A Search for Salvation, and Sherief Elkatsha’s documentary film Far From the Nile.

ABOUT BRIC
BRIC is a leading arts and media institution anchored in Downtown Brooklyn whose work spans contemporary visual and performing arts, media, and civic action. First presented in 1979, the BRIC Celebrate Brooklyn! Festival is a free, summer-long experience that allows New Yorkers to come back again and again with their friends and family to appreciate or discover a new genre, acclaimed artist, or world culture each night of the Festival. For over forty years, BRIC has shaped Brooklyn's cultural and media landscape by presenting and incubating artists, creators, students, and media makers. BRIC is building Brooklyn's creative future. Learn more at bricartsmedia.org.