Come hungry! This year, the beloved Brooklyn institution Smorgasburg will be serving up tasty food and beverages from local vendors at all of our BRIC Celebrate Brooklyn! concerts. Learn more about the vendors that Smorgasburg is bringing below: 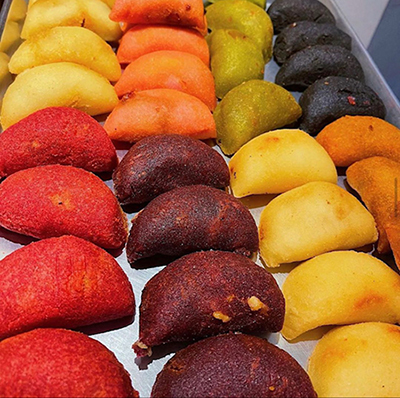 Nada's: Carlos Santos launched Nada's in 2020, taking a leap of faith in a very difficult year for the food industry. His rainbow empanadas are all completely gluten free, naturally vegetable colored, and based on the very popular empanadas sold by his mother (Olga Santos) at the NY restaurant she opened just 9 years after arriving in NY from Colombia. Nada's sets up at two Smorgasburg locations in NY as well as their Miami market. Easy to take out in that cute box and save for later too! 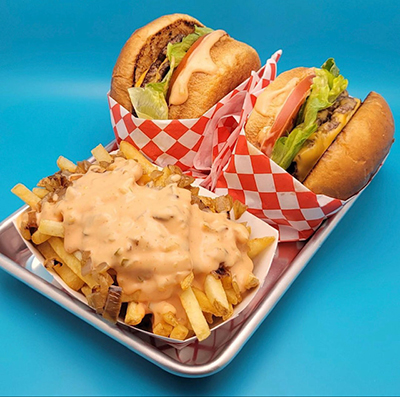 Paper Plate: NY native Aaron Ratner blends West and East Coast burger styles in his latest venture with Smorgasburg! Classic smashed burgers are becoming a fast favorite at Smorgasburg's WTC and Prospect Park markets. Can't beat those shoestring fries either. With a solid start in the food industry at the Culinary Institute of America, Aaron has your burger dreams covered! 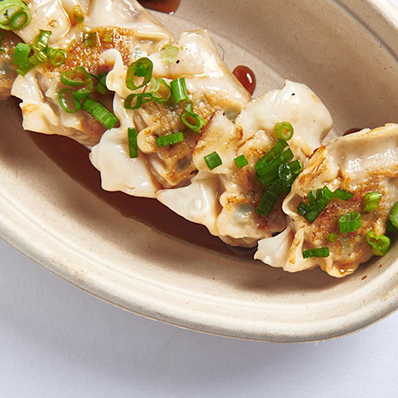 Destination Dumplings: Destination Dumplings was founded in Queens by childhood friends Tristan Chin-Fatt and Deon Whiskey, who are both from Flushing – the home of great dumplings! They offer a modern twist on more traditional flavors, with influences in Chinese, Jamaican, and Korean cuisines. Destination Dumplings is busy from open to close at Smorgasburg with visitors lined up for their favorites, including the very popular vegan "edamame" flavor. They typically handfold 18,000 dumplings a week! 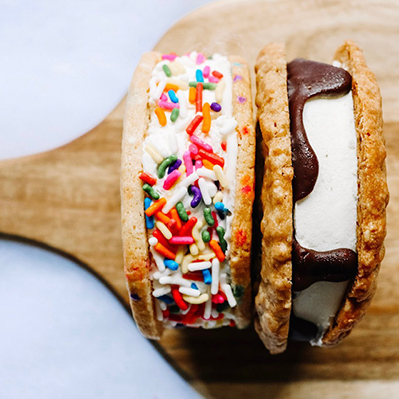 The Good Batch: Kids and adults alike love a Good Batch ice cream sandwich – they're easy to hold and fun to photograph too! The Good Batch first launched as a cookie spot with Smorgasburg in 2010, and now focus on ice cream sandwiches rather than cookies. They also opened a brick and mortar location in Clinton Hill in 2014 with all kinds of delicious baked goods. 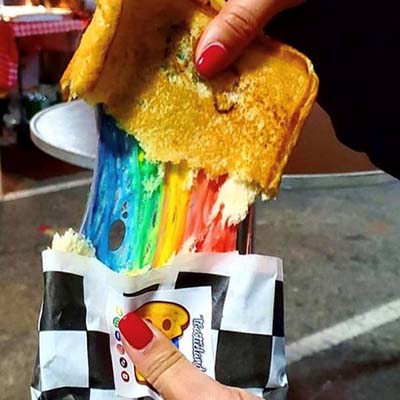 Toastieland: Toastieland was founded by Destination Dumplings' Deon Whiskey! The idea for the business came from his travels Down Under with his Australian wife, where what we in the US know as the grilled cheese is called a "toastie." And why not add a little color by making them rainbow with natural coloring? Deon perfected the cheeseratio with a slightly heavier melt than a standard mozzarella for that perfect cheese pull.

Smorgasburg is the largest weekly open-air food market in America, attracting thousands of people to Brooklyn, Manhattan, Jersey City, and Los Angeles each weekend to eat from dozens of local vendors.  It launched May 21, 2011, as a spinoff of Brooklyn Flea (founded in 2008), and has since launched dozens of small businesses and attracted millions of visitors. The New York Times dubbed Smorgasburg “The Woodstock of Eating.”

Smorgasburg expanded in June 2016 with a Sunday market for 70 vendors in downtown Los Angeles that attracts 10,000 people weekly. In 2019 a Friday market at the Oculus at the World Trade Center opened, followed in May 2021 with a weekly Saturday market in Jersey City as well as a Smorgasbar Beer Garden on the Jersey City waterfront. In March 2022, Smorgasburg Miami opened in the Wynwood Walls district attracting 10,000 people on Saturdays. Smorgasburg also operates pop-ups in Osaka, Japan, and Sao Paulo, Brazil.