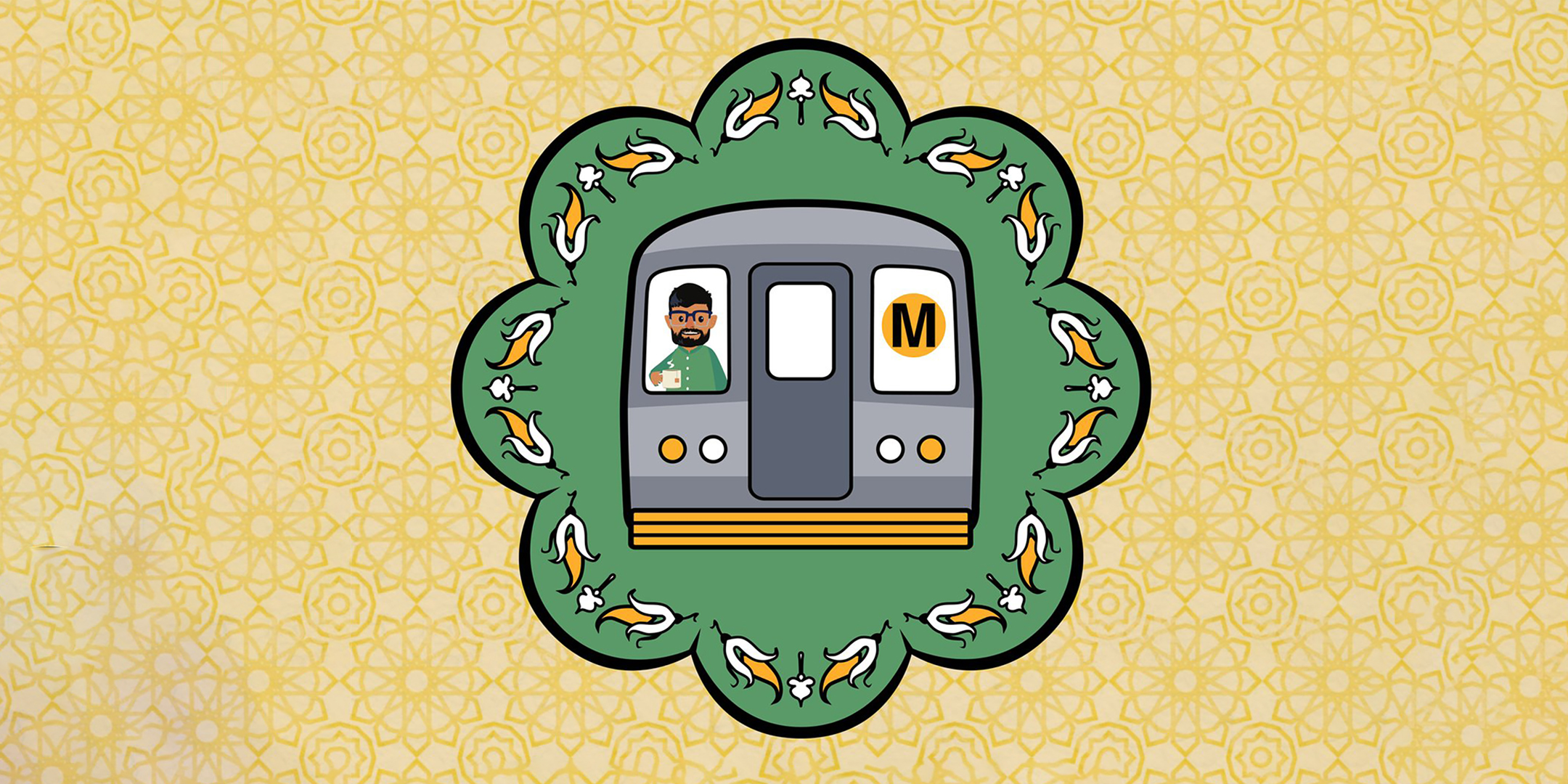 Join Host Ahmed Ali Akbar and other American-Muslims as they explore different facets of Muslim life, culture, and diversity in New York City
The 6-part mini podcast series premieres on the heels of Eid Al-Fitr and start of Asian American and Pacific Islander Heritage Month (AAPI)

In season 2 of M Train, host and culture writer, Ahmed Ali Akbar (See Something, Say Something) is joined by other American-Muslims to explore the ongoing tactics of a secret surveillance program by law enforcement that has targeted Muslim New Yorkers for almost a decade, and how big tech is changing the face of it.

Created and produced by Emmy-nominated Brooklyn-based filmmaker, Shirin Barghi, the second season of M Train was made with the generous support of the Doris Duke Foundation for Islamic Arts Building Bridges Program, in collaboration with See Something, Say Something and BRIC Radio, a Brooklyn-based audio network that amplifies community.

This week on M Train

Episode 201: “Asad Dandia”
In our very first episode, we talk to Asad Dandia – one of the plaintiffs in the class-action lawsuit that successfully sued the New York City Police Department for its prejudicial surveillance of Muslim communities.

Episode 202: “Vanessa Taylor”
In this episode, we talk to journalist Vanessa Taylor about her work that focuses on the intersections of tech and the Black community.

Episode 203: “Albert Fox Cahn”
In this episode we talk with Albert Fox Cahn – a lawyer and the executive director of the Surveillance Technology Oversight Project (S.T.O.P) on the ways local surveillance threatens public safety, equity, and democracy.

ABOUT BRIC:
We are a leading arts and media institution anchored in Downtown Brooklyn whose work spans contemporary visual and performing arts, media, and civic action. For over forty years, our institution has shaped Brooklyn's cultural and media landscape by presenting and incubating artists, creators, students, and media makers. As a creative catalyst for our community, we ignite learning in people of all ages and centralize diverse voices that take risks and drive culture forward. BRIC is Building Brooklyn's creative future.