Brooklyn Free Speech, a New York Emmy-nominated community television network, is very proud to announce B Scene— a free, film and TV viewing series that aims to amplify the voices of Brooklyn Free Speech producers at local hotspots throughout the borough.

The spring and summer 2016 season of the B Scene viewing series will be held at Weeksville Heritage Center, Brooklyn’s largest African-American cultural institution.

What happens when an artist is given the medium of television or film as a tool to create, capture, and share his or her creativity? Join us at Weeksville Heritage Center to experience media at its most creative. See the films and be part of a creative conversation that speaks to the works presented by artists who have been part of BRIC's Media Artist Fellowship.

Melvin Isaac started as a certify community producer in 2005 because he wanted to express his talents and reach the young people in Brooklyn through TV media.  Born with an artist talent, he has been drawing, sketching, painting and teaching art in various medium for over 20 years to at risk youth.  Recently, he started research in the history of African American Journey which he's in the process of appling into his art and filming.

Luiza Kurzyna's work is driven by desire. She uses film to create narrative and to document her performances with props and costumes. Work to Play is a direct response to the surroundings of the I-Park residency program in rural Connecticut, where a leafy meadow in the woods temporarily functioned as studio.  Through the playfulness of simple gestures and outdoor activity, the piece touches upon  a general human need to work, its reward and merging of the two.
Katie Cercone, her ongoing practice encompasses interdisciplinary, research-based performative video sculpture, live performance and immersive social-practice influenced community ritual. A yogi of 18 years, this work is based in my long-term, active engagement cross-pollinating the languages of embodied feminism, yoga as ancient Hindu transcendentalism, folk-mythologies, the shamanic impulse and the spirituality of hip hop. Given the explosion of yoga in the West and growing “wellness” and “music” industries, I explore the detrimental ways in which the face of both yoga and popular music culture has become mired in Eurocentric beauty standards, puritanical Christian values and community-eroding mechanisms of consumer capitalism.

The B Scene viewing series is a great way for Brooklynites to meet professional and aspiring media makers and get their film, television, or web series projects seen.

BRIC is honored to partner with Weeksville in presenting the B Scene screening events from our Brooklyn Free Speech program. Weeksville Heritage Center (WHC), Brooklyn’s largest African-American cultural institution, is a multidimensional museum dedicated to preserving the history of the 19th century African American community of Weeksville, Brooklyn - one of America’s first free black communities. Weeksville advances its mission through history, preservation, visual and performing arts, ecology and the built environment.

GETTING TO WEEKSVILLE HERITAGE CENTER BY SUBWAY

GETTING TO WEEKSVILLE HERITAGE CENTER BY BUS

B46 Local to Bergen Street Walk past the police station 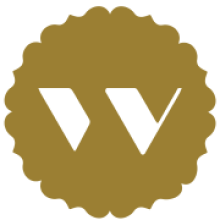