GRAMMY award-winning singer/songwriter Ayodeji Ibrahim Balogun (aka Wizkid) began his career in music when he was just 11 years old in Lagos, Nigeria. His first record, Lil Prinz, was recorded in 2001 in collaboration with GloriousFive, a group consisting of Balogun and his friends from church. In 2006, he started pursuing music full-time, at first collaborating with various Nigerian pop acts including OJB Jezreel, NaetoC, and Banky W. By 2011, he was ready to record his debut studio album as a solo artist: Superstar was released via EmpireMates Entertainment to great critical and public acclaim across Africa, propelling him to stardom in his home country. After multiple delays and label disagreements, Balogun released his sophomore album titled Ayo in 2014. This second studio album had a multitude of guest appearances, including a spot from Femi Kuti. It also featured Balogun's global breakthrough track "Ojuelegba." Not only did the single cement his status as one of Nigeria's biggest pop acts, it was also picked up and remixed by Drake and Skepta, thrusting Wizkid into the international spotlight. In return, Wizkid appeared on Drake's 2016 smash single "One Dance." In March 2017, it was announced that Wizkid had signed a major deal with RCA and Sony International, which released his third LP, Sounds From the Other Side, later that year. A handful of singles appeared in advance of the album, including "Daddy Yo", "Sweet Love" and "Come Closer", and were successful; the latter is certified Gold in the UK. Following his impressive international campaign, Wizkid refocused energy on hisStarboy imprint in Africa. From releasing viral records like "Soco" with his affiliate acts to securing partnerships with brands such as Puma, Wizkidhas solidified himself as a millennial pioneer for African entertainment. As an ode to his hometown, Wizkid released his fourth full-length project titled Made in Lagos in 2020 with guest appearances from Burna Boy, Skepta, Damian Marley, H.E.R, Ella Mai, and more. This album, along with his GRAMMY award-winning song with Beyonce and two sellout shows at the o2Arena, prove Wizkid's movement to be one of lasting global impact.

**ATTENDEES AGE 12+ MUST PROVIDE PROOF OF FULL VACCINATION OR A NEGATIVE COVID-19 TEST FOR ENTRY. FULL BCB!F VACCINE POLICY CAN BE FOUND HERE** 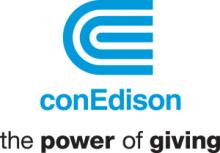