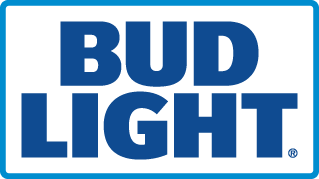 BROKEN SOCIAL SCENE, the legendary experimental collective at the heart of the Toronto indie rock ecosystem that gave us Feist, Stars, and Metric among others (BSS friends and lovers and collaborators and sometime band members among them all), is “a band that once sounded like everything else and nothing else.” (Pitchfork) Founded by Kevin Drew and Brendan Canning and a cohort of like-minded musicians in 1999, they’ve pushed the envelope for two decades and evolved into post-rock royalty. The group’s various members have active careers in other bands and many solo projects among them, but BSS has continued to tour and record consistently, with some ebbs and flows. In 2017 they released Hug of Thunder, their first full-length in seven years, and they returned this year with a pair of EPs, Let’s Try the After Vol. 1 and Vol. 2. They remain one of the most joyous live bands you will ever see.

The London born and raised prodigy NILÜFER YANYA, still in her early 20s, is one of the most exciting and unusual artists to arrive in the pop world this decade. After three EPs, the first released while she was a teenager, she dropped her first album Miss Universe in 2019 and critics have been lining up to put it on their best-of-the-year lists. Pitchfork gave it an astonishing 8.3, noting that “the rapturous debut from the British singer-songwriter takes adventurous pop-rock crucibles to new heights with her illusory songwriting and stunning voice.” Stereogum called her voice "malleable and endlessly expressive." Paste gushed, “with an album that borders on soul, pop, jazz, and rock, Yanya is far too preoccupied with her inner demons and unique artistry to quibble over what one particular genre her music most closely resembles.”