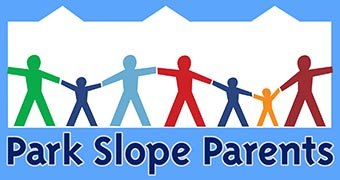 Join us on Sat, June 25 for our 2022 BRIC Celebrate Brooklyn! Family Show, featuring Montréal-based Cirque Kalabanté with an opening performance by Natu Camara.

Cirque Kalabanté combines breathtaking acrobatics with live music played on the traditional instruments of their native Guinea, including kora, djembe, and various percussion. The sublime Guinean singer and educator Natu Camara and her band get things started on this perfect family day in the park.

*Please Note: Chairs will be available at this show, but you are also permitted to bring your own.

Cirque Kalabanté: Afrique en Cirque is a highly colorful creation featuring a handful of amazing acrobats and musicians performing their authentic choreography to the frantic rhythms of djembes and other native instruments of Guinea. To the melodious sound of the Kora, artistic director and company founder Yamoussa Bangoura takes us into an elsewhere that radiates the diversity of traditional African arts combined with the virtuosity of the North American modern circus performance.

Hailing from the West African nation of Guinea, Natu Camara is one of its brightest music artists. Natu Camara, along with her multinational band, brings her fresh new sound to us with the performance of her first solo recording Dimedi, which means “child” in her native language Sousous. Natu is the former leader of West Africa’s first all-female hip-hop group, The Ideal Black Girls and is heralded by her adoring fans back home as the Tina Turner of Guinea. Dimedi is a sublime blend of afro-rock, pop, and soul, recorded in Mali with many of the musicians from the band of the legendary Salif Keita. Dimedi takes you on a path of discovery as she weaves a beautiful tapestry of musical stories and visions of her beloved home Guinea. As a builder of bridges socially and culturally, Camara's musical compositions are powerfully constructed to bridge the global gap between our hemispheres and bring people together.

Please note: RSVPs are encouraged but not required. Entry is first come first served, but RSVPs help you stay up-to-date on show information. See you at #CelebrateBrooklyn!