Award-winning television veteran writer and film producer Valerie C. Woods will lead our master scriptwriting workshop that will cover the essentials of writing scripts for TV, Film and Digital Media. The six-session workshop will focus on giving you a strong foundation in story and character development. You will learn how to create strong and richly layered women characters as well as the nuts and bolts of writing scripts. Enjoy a nurturing and open creative environment where you will have a chance to write the first draft of your script or develop a work-in-progress. Polish log lines and beat sheets that will help you pitch your project to HBO, Disney or major television and film studios.

Once you have registered you will be sent information on the process for accessing the class online. You will also be given access to a folder with your first reading assignment and the syllabus. 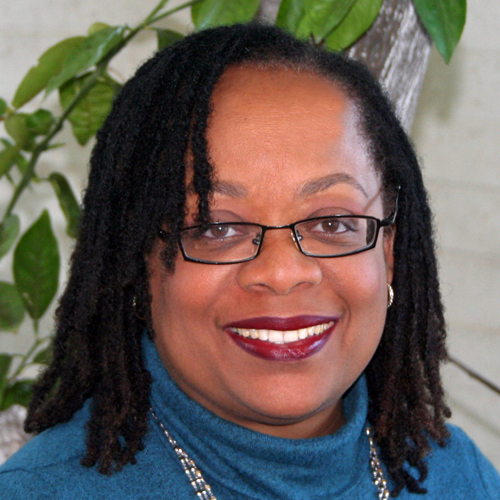 Valerie C. Woods is a writer/producer in television and film and is also a publisher, editor, and author. Her most recent work (2019-2020) was as Writer/Co-Executive Producer on Season 2 of the Netflix drama series Sweet Magnolias. She also worked in the same position for Season 4 (2018-2019) of the critically acclaimed television drama series Queen Sugar, airing on Oprah Winfrey Network (OWN). Currently, she is in development through her MCV Productions banner on a limited series based on Wrapped in Rainbows - The Life of Zora Neale Hurston, the award-winning biography written by Valerie Boyd and A Cowboy to Remember, a romance novel in the Cowboys of California trilogy by Rebekah Weatherspoon.

The online workshop is being presented by Reel Sisters, the first Oscar Qualifying Festival for short narratives devoted to women filmmakers, and BRIC, the leading presenter of free cultural programming in Brooklyn, and one of the largest in New York City. Scriptwriting Essentials & Master Class for Writing Strong Female Characters is a Trademark of Reel Sisters, the nation's leading film festival devoted to women of color. Reel Sisters will be held on Oct. 23-24, 2021.