PLEASE NOTE: RSVPs are encouraged but not required. Entry is first come, first served, so please make sure to come early if you'd like to grab a spot!

Join us live and in-person at BRIC House for the Brooklyn Poetry Slam, an incredible evening of poetry and community led by co-founders Mahogany L. Browne and Jive Poetic! Mark your calendars now, and join special guests and poets from all over the world. This month's featured poet is Lemon Andersen.

We are unable to allow patrons to save seats for other guests. Upon reaching capacity in the ballroom, we will invite audience members to watch a stream of the event on the stoop. 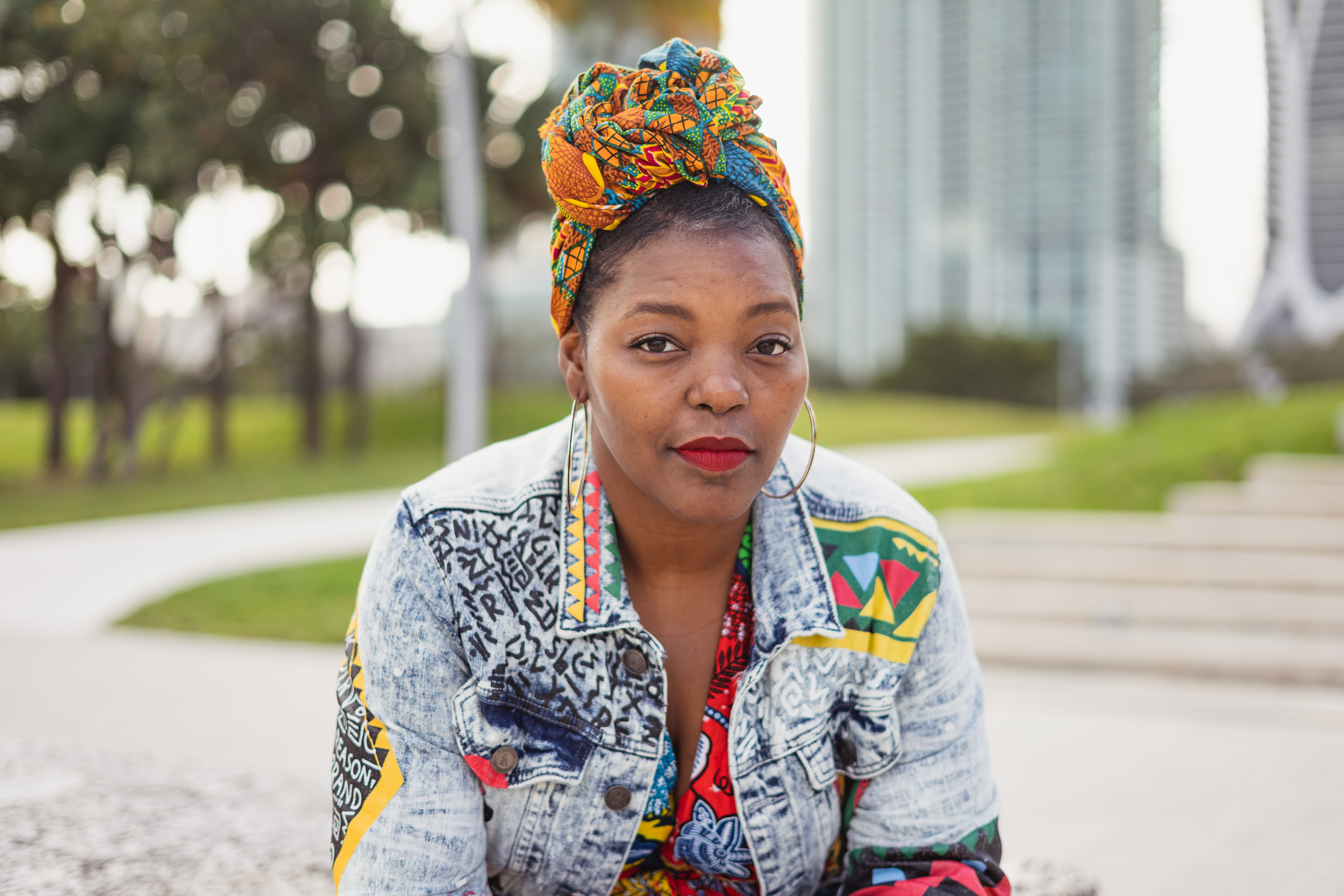 Mahogany L. Browne, selected as Kennedy Center's Next 50, is the Executive Director of JustMedia, a media literacy initiative supporting the groundwork of criminal justice leaders and community members. This position is informed by her career as a writer, organizer, & educator. Browne has received fellowships from Art for Justice, Air Serenbe, Cave Canem, Poets House, Mellon Research & Rauschenberg. She is the author of recent works: Vinyl Moon, Chlorine Sky, Woke: A Young Poets Call to Justice, Woke Baby, & Black Girl Magic. As the founder of the diverse lit initiative, Woke Baby Book Fair. Browne's latest project is a poetry collection responding to the impact of mass incarceration on women and children: I Remember Death By Its Proximity to What I Love (Haymarket Books). She is the first-ever poet-in-residence at the Lincoln Center and lives in Brooklyn, NY. 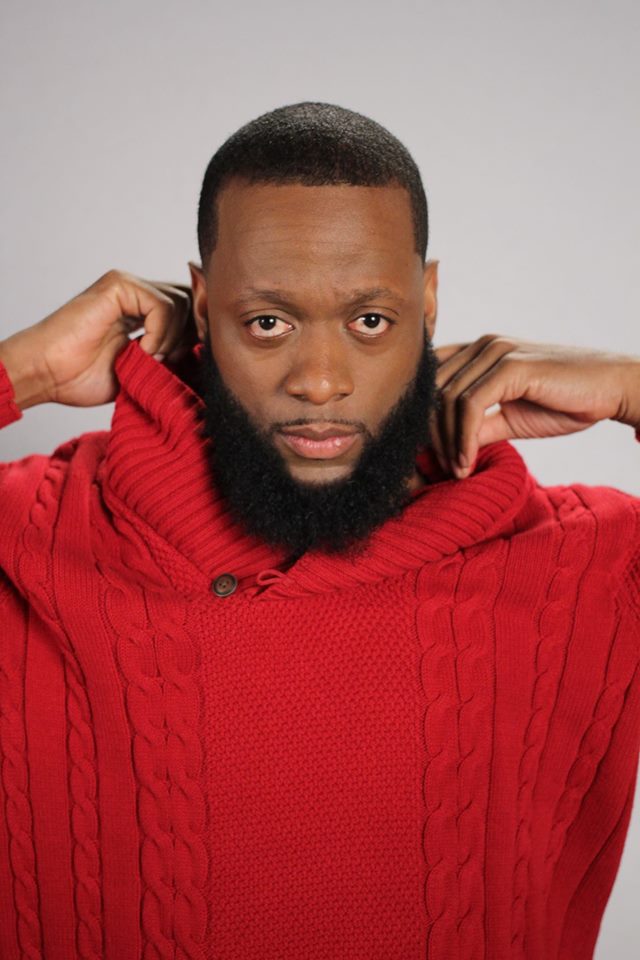 Jive Poetic is a writer, organizer, and educator based in Brooklyn, New York. He received his BA in Media Studies from the State University of New York at Buffalo, and his MFA in Writing and Activism from Pratt Institute. In 2017 Jive was the first recipient of the John Morning Award for Art and Service. He is the founder of Insurgent Poets Society, Carnival Slam: Cultural Exchange, and co-founder of the Brooklyn Poetry Slam. His work has been showcased on season four of TVONE’s Lexus Verses and Flow, PBS NewsHour, and BET. International recognition and support for his work has come from the British Arts Council; US Embassies in Australia, Brazil, and Poland; and the Minister Of Culture in Antigua and Barbuda. He has received fellowships from Air Serenbe and Rhode Island Writers Colony, and when he is not on tour or hosting, he teaches poetry and hip hop workshops to at risk youth in New York City and the surrounding area. 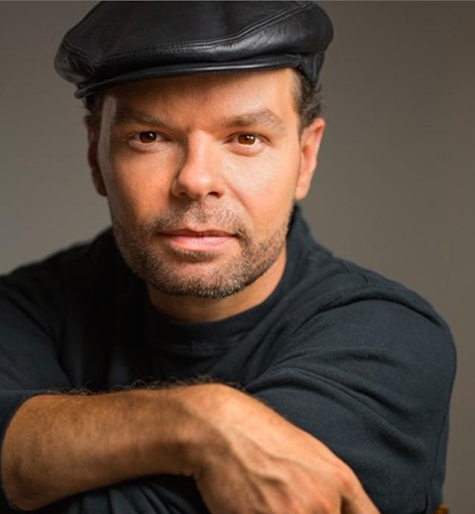 Lemon Andersen is a playwright, television writer, brand creative, and Tony Award-winning poet. He recently wrote and produced a bottle episode for Spike Lee’s “She’s Gotta Have it” on Netflix, set in the island of Puerto Rico. His play ToasT, was commissioned by the Public Theater in New York City and the Sundance Institute made its debut in April of 2015. For a decade, Lemon's performances and writing have rocked iconic venues including San Francisco’s Theatre On The Square, Gammage Performing Arts Center in Arizona, Charleston’s Spoleto Festival, New Haven’s Arts & Ideas Festival, the Chicago Theatre and the Kodak Theatre in Los Angeles.

Spike Lee produced Lemon's coming-of-age autobiographical memoir County of Kings at the Public Theater. His performance received an acclaimed review from Ben Brantley of The New York Times. Since its 2009 debut, County of Kings. Published in 2010, the play’s script was awarded the New York Book Festival’s Grand Prize. Lemon won a Tony Award in 2003 for Def Poetry Jam, produced by Russell Simmons on Broadway and broadcast on HBO for six seasons. He earned his classically trained chops at the Public Theater’s Shakespeare Lab and his work has received support from the Sundance Institute.

As a guest instructor at the esteemed Stella Adler Studio (2011-2012) Lemon developed the first spoken-word intensive to be offered at an actors’ conservatory. He has led college workshops and performed at campuses, from the University of Wisconsin to Syracuse University to UC Berkeley and Harvard. In 2011 the TED organization invited Lemon to perform at their inaugural TEDYouth event, live streamed to 16 countries. Lemon was also selected to join the Sundance Institute's Playwrights Retreat that same year. His resume as an author also includes his book of new poems titled Straightrazor. Lemon’s writing was excerpted by actor and activist Hill Harper for his best selling book Letters To An Incarcerated Brother.

Also adding to Lemon’s portfolio are the premiere brand marketers and pro athletes that seek his unique cultural perspective include Nike, Red Bull, Boost Mobile and Absolut. In this arena Lemon has led and collaborated on projects for LeBron James, Paul George, Carmelo Anthony and Kobe Bryant. In the fall of 2015 Lemon launched the LeBron James XIII "Akronite" an Elite Basketball shoe and Apparel line influenced by his narrative of Akron, Ohio.