Join us as we continue to celebrate our exhibition Athena LaTocha: In the Wake of... Artist Athena LaTocha and writer and scholar Christopher Green discuss the artist's work, process, and inspiration. The speakers will explore how LaTocha's work functions as an impression of and container for wide-ranging conceptions of place, geological time, and embedded cultural histories. They will also consider LaTocha's new installation in relation to contested landscapes and soundscapes, the monumentality of drawing, and present day movements in contemporary Indigenous art.

Zoom information will be shared closer to the event date. 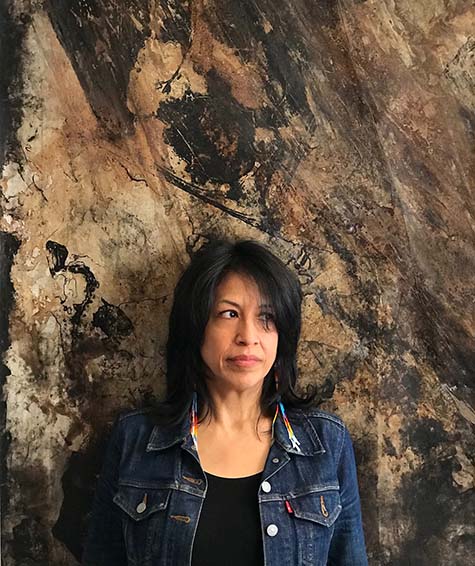 Athena LaTocha is a New York-based artist whose work investigates the anthropogenic impact (human-induced forces) upon the natural world. Born in Alaska and of the Lakota and Ojibwe nations, LaTocha maintains deep bonds with indigenous philosophies of the land, reflected in site-responsive mixed-media works on paper that evoke natural processes through expansive scale and an expressive approach to mark making and creating form. She is inspired as much by her upbringing in the Alaskan wilderness as by the Earthworks movement of the 1960-70s, and by the possibilities articulated by artists associated with this movement, of creating with and alongside the earth. While her works are largely wall based, she also incorporates sculptural elements, lead casts of fallen tree limbs and rocks, the latter bearing traces of glacial ice movement in our region. While her works act to elicit an awe of nature’s profound qualities, they also speak to environmental degradation and to historic and cultural narratives that reflect ingrained memories of trauma, especially the experiences of indigenous people in the Americas. Recent works, for example, have considered such violents aspects of American history as the Civil War and the Trail of Tears.

LaTocha was selected for the prestigious Eiteljorg Contemporary Art Fellowship in 2021, which includes a future exhibition at the Eiteljorg Museum of American Indians and Western Art, Indianapolis, IN. She has had residencies at the Joan Mitchell Foundation, Wave Hill, Chashama, and the Robert Rauschenberg Foundation. LaTocha’s work is included in the permanent collections of such institutions as Stony Brook University, Stony Brook, NY; the Plains Art Museum, Fargo, ND; the Center for American Indian Research and Native Studies, Martin SD; the Aktá Lakota Museum, Chamberlain, SD; and the IAIA Museum of Contemporary Native Arts, Santa Fe, NM. She received a BFA from the School of the Art Institute of Chicago, IL, and an MFA from Stony Brook University, Stony Brook, NY. 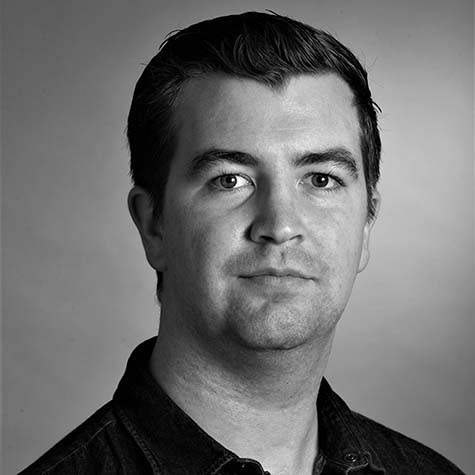 Christopher T. Green is a scholar of modern and contemporary art whose research and teaching focus on Native North American art and material culture, primitivisms of the historic and neo-avant-garde, and the global representation and display of Indigenous art and culture. His current research focuses on contemporary Tlingit art and the interrelation of twentieth century Northwest Coast Native art and Euro-American modernism. His criticism, essays, and reviews have appeared in Artforum, Art in America, frieze, Aperture, and The Brooklyn Rail, amongst others, and he has contributed catalogue essays to the New Museum, Heard Museum, Artists Space, BRIC, the James Gallery, and the Fondation Fernet-Branca. His scholarly research has been published in ARTMargins, Winterthur Portfolio, ab-Original, and BC Studies, and in 2019 he co-edited issue 11 of SHIFT: Graduate Journal of Visual and Material Culture, “BLOOD AND EARTH AND SOIL.” He curated “Speculations on the Infrared,” January 30–March 6, 2021 at the Elizabeth Foundation for the Arts.

Green earned a M.Phil. and Ph.D. in Art History at The Graduate Center, City University of New York, and an A.B. in Art & Archaeology at Princeton University. His research has been supported by the Dedalus Foundation, the Smithsonian American Art Museum and National Museum of the American Indian, the International Council for Canadian Studies, the Sealaska Heritage Institute, Lost & Found: The CUNY Poetics Document Initiative, and the Robert Rauschenberg Foundation. He currently serves as Visiting Assistant Professor of Art History at Lake Forest College.