Investigate the representational, methodological, and ethical issues in approaching and working through a documentary project about a culture other than your own through four ethnographic documentary shorts produced in the Program in Culture & Media at New York University.  Neta Alexander's Grounded takes us to a place where adults relive their summer-camp experiences and rediscover their identity without cell phones. In Matthew Cusimano's The Love Industry, a ghostwriter of online dating profiles and a wedding videographer reflect on romance in the digital age. In Christine Mladic Janney’s Living Quechua, a Brooklyn Peruvian woman’s mission to connect speakers of her native Quechua reveals New York City as a bubbling crockpot of linguistic diversity.  In Devin Thomas' Thiaroye by the Sea, A Senegalese woman living in the sprawl of Dakar pursues a career as a rapper against all odds.

ABOUT BRIC FLIX
BRIC FLIX is a free conversation and screening series that revolves around shorts, works-in-progress and web series that reflect the excitement, diversity and creativity of film and media in Brooklyn.

BRIC FLIX is always free and open to the public.

Pegi Vail’s academic work has focused on visual anthropology, Indigenous media and on the political economy of tourism in the developing world. She has taught on Film and Culture at NYU and Columbia University Anthropology Departments and, as a curator, she collaborates with the Smithsonian’s National Museum of the American Indian, American Museum of Natural History, Museum of Modern Art (MoMA), and The Moth, for which she was a founding member. Her award-winning feature documentary, Gringo Trails (Icarus Films/Andana Films), looks at the long term cultural and environmental effects of global tourism, and was released theatrically and on TV in North America in 2014. She additionally serves as a judge for National Geographic’s World Legacy Awards and and as a Cultural Consultant and APP co-writer for Montreal-based Felix & Paul Studios Nomads virtual reality series for Samsung Gear VR + Oculus Rift.

Neta Alexander is a doctoral student in the department of Cinema Studies at New York University, researching streaming technologies and digital spectatorship. She serves as Assistant Editor of Cinema Journal and is the recipient of the Society of Cinema and Media Studies' Student Writing Award for 2016. Her articles have appeared in Cinema Journal, Film Quarterly, and Media Fields Journal, among other publications. Her short documentaries, "Rent Freeze" (2015) and "Art Disease" (2016) screened at The Tel Aviv Museum of Art, Israel and in Five Myles Gallery, Brooklyn.

Matthew is a film director & cinematographer from Chicago, IL. In addition to filmmaking, Matthew works in education, with past experiences teaching in Chicago Public Schools and Peace Corps. This transformative experience in education led Matthew to focus strictly on nonfiction filmmaking and modes of media representation. He owns the boutique documentary production company Mango Tree Productions based in Brooklyn, NY.

Christine Mladic Janney is a Brooklyn-based filmmaker, photographer, and digital media producer. She is involved in Quechua and Kichwa outreach initiatives across New York City, and is pursuing a PhD in Anthropology at New York University.

Hailing from Santa Barbara, California, but currently based in Brooklyn, Devin Thomas is a documentary filmmaker and PhD candidate in Comparative Literature. When not out on a shoot or locked in the library, Devin spends her time engaged in political activism or out on the crag rock climbing. Her passion for social justice and experimental aesthetics find their home in her short documentary Thiaroye by the Sea. The film follows Sister LB Diop: daughter, rapper, and devout Muslim as she navigates misogyny and tradition in pursuit of her passion for music and hopes for raising her family out of the slums.

Presented in partnership with: 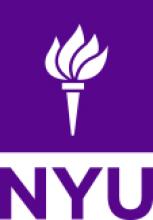