Dui Jarrod is a screenwriter, director, playwright and essayist residing in Brooklyn, NY. His work focuses on the power of human connection in the landscape of modern America.

As a screenwriter, Jarrod found acclaim with his most recent screenplay Lesson Before Love, which he directed as well. Jarrod has also found success as a director, working for BET, MTV Voices and several other production companies, where he served as the creative visionary for some high-profile projects.

ABOUT THE MEDIA TALKS SERIES
Media Talks features professional television producers, directors, documentary filmmakers, video editors, and new media producers sharing their perspectives and stories with the Brooklyn community. These lively and inspiring discussions are held throughout the borough and air on both Brooklyn Free Speech Television and Brooklyn Free Speech Radio.

Media Talks are always free and open to the public. 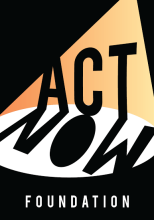