We are very proud to announce our new partnership with the Hip Hop Film Festival that is sure to help you up your marketing and distribution game.

Hip Hop Film Festival Founder and CEO, CR Capers leads this exciting workshop on the basics of marketing independent film projects. In this two-day workshop, you will learn social media strategy, festival entry, and independent video on demand (VOD) sales strategy. This workshop was specially designed with filmmakers in mind so that they walk away feeling empowered with tools to build a brand around their film and generate revenue.

In her role as Executive Director, CR creates an economic ecosystem by providing filmmakers services and resources to ensure longevity in careers in film, theatre, and related entrepreneurial pursuits. It is a “new media” company that leverages social media and large scale events to change the narrative. The events she produces provides an ecosystem with marketing and strategic partnerships between filmmakers, activists, businesses, and the community at large.

She is the founder and CEO of the award-winning Hip Hop Film Festival, named “BEST NEW FILM FESTIVAL THE UNITED STATES.” Her popular radio show and podcast Why You Mad Son? (which deals with the social ills plaguing the human community) generated over 3 million listeners worldwide and still boasts a legion of loyal fans raised in the global Hip Hop culture.

Ms. Capers has directed and produced 3 films and 2 shorts through her film company MBS Films. 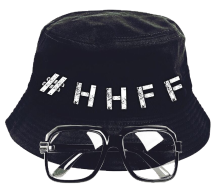 The Hip Hop Film Festival and BRIC have partnered to bring you a new marketing and distribution workshop that is sure to help you up your game.