Where do we normally see women in media? As hosts, producers, maybe administration? Well join us for our very own “Girls in Gear”  media talks event where you will meet women that work behind the scenes in the technical aspects of media production. Featuring Jina Johnson,  Supervising Producer,  iOne Digital; Monique Granby, Technician at Enjoy;  and Kathryn Hood-Moore, a New York based editor, filmmaker and curator. The event is moderated by Jessica Mason, adult education coordinator, BRIC Media Education.

After graduating from Sullivan County Community College Jessica Mason began her career at the New Paltz Oracle newspaper as a staff writer and copy editor while earning her B.A. in Journalism from the State University of New York at New Paltz (SUNY). Mason obtained her M.A, in Media Studies from CUNY Brooklyn College, where she was able to expand her production experience. She spent two years as a field associate producer for the New York Emmy Award winning PBS program Transit Transit News Magazine. She then found herself right at home working for the Brooklyn Public Access television stations  Brooklyn Free Speech as Production and Facility Assistant and later became the BRIC Media Education's adult education coordinator.

Once a self-described happy Luddite, Monique relished in the tangible as an Espresso Machine Repair Technician. Until her job and department was outsourced. When the ﬁrst iPhone launched, so did her curiosity into the Tech world. Upon Monique joining Apple, she married her passion for mechanical functionality with the now emerging technology. The advent of smarter software and more user-friendly devices, Monique discovered how to use technology to fully express her creative ventures. Currently, she works for Enjoy which not only delivers the latest technology devices but helps its customers master those devices. Monique enjoys showing others who were once tech-shy, how technology can beneﬁt their daily life and have fun with it. Monique is also a comedy television/ﬁlm writer and resides in Brooklyn.

Kathryn Hood-Moore is a New York based Editor, Filmmaker and Curator. Her recent work includes editing Chris Paul’s Chapter 3 for ESPN Films, WE Tv’s hit new series BOSSIP, Oprah Goes To Broadway: The Color Purple for OWN and a 2 hour documentary on Barack Obama entitled: Through the Fire. Over the past seventeen years she’s worked on an array of film/television digital media and fine art projects as an editor, supervising editor, producer, director and original content creator. Ms. Hood-Moore is highly proficient with Macs & PCs and has mastered Avid, FCP and Photoshop. Her expertise includes a great eye for visual aesthetics, in depth music editing and a customized visionary approach to every project. She is adaptable and works well as a team member, project manager or independently. Her companies, Montbello Films LLC and Hood Vision specialize in creative content pertaining to new media, arts, music, history, current affairs, and the African Diaspora. 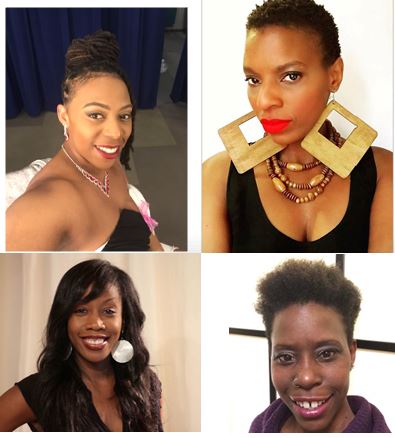