Our first #BHeard Town Hall of 2020 brings together a panel of experts to discuss what’s next after the closing of Rikers Island.

At the end of 2019, the New York City Council voted to shutter the Rikers Island Jail Complex and replace it with four borough-based jails.

In partnership with the Vera Institute of Justice, BRIC TV’s Emmy Award-winning #BHeard Town Hall series asks, “What’s next?” How does the closing of Rikers Island impact our neighborhoods, communities, and the safety of our city? Join our public forum and share your thoughts on the past, present, and future of criminal justice in New York City.

Asha Bandele: Author, poet, and journalist whose award-winning memoir, The Prisoner’s Wife, chronicles her relationship and marriage to a man serving a 20-years-to-life sentence in the New York State correctional system.

Brandon Holmes: New York City Campaign Coordinator at JustLeadershipUSA. Previously, Brandon served as an organizer for the New York Civil Liberties Union and as the civil rights organizer for VOCAL-NY.

Insha Rahman: As Director of Strategy and New Initiatives at the Vera Institute of Justice, Rahman helps to incubate new work in the areas of prosecutorial reform, bail, and decarceration, with a focus on developing advocacy-related strategies and accountability.

Jeffrey Mansfield: Design director at MASS Design Group, and a John W. Kluge Fellow at the Library of Congress, whose work explores the relationships between architecture, landscape, and power. 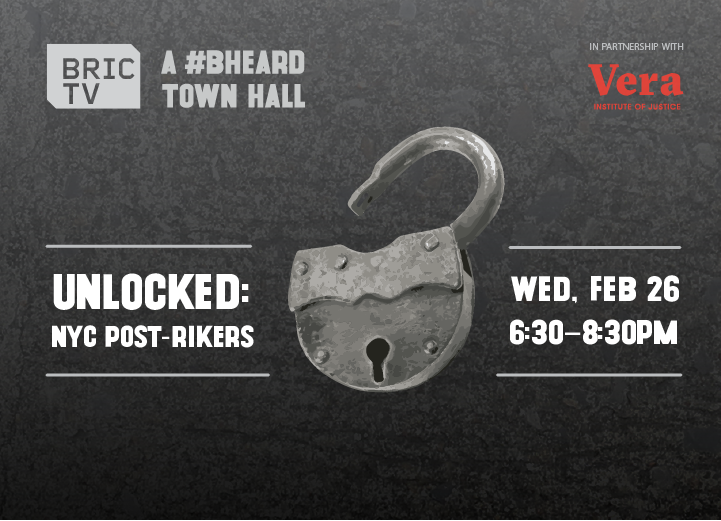 For ticketed events, the Box Office opens one hour prior to show time. Advanced tickets can be purchased online.