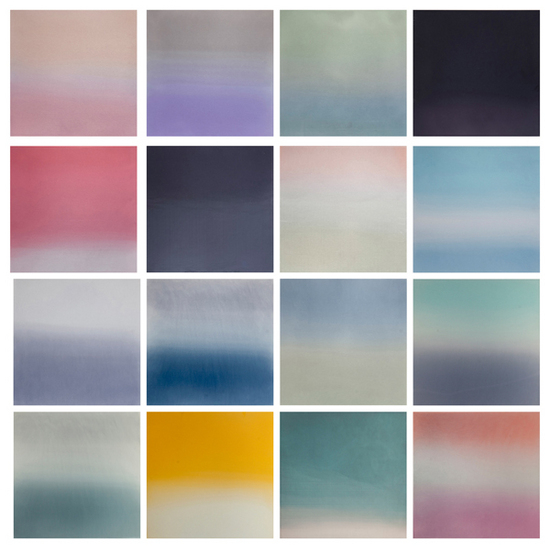 Miya Ando's metal canvases and sculpture articulate themes of contradiction and juxtaposition of ideas. The foundation of her practice is transformation of surfaces. Half Japanese and half Russian-American, Ando is a descendant of Bizen sword makers and was raised in a Buddhist temple in Japan and in coastal Northern California. She has continued her 16th generation Japanese sword smithing and Buddhist lineage by combining metals, reflectivity and light in her transcendent paintings and sculpture. In 2011 she completed two memorial sculptures for 9/11 in which she utilized 30 foot tall pieces of steel which had fallen from the World Trade Center Buildings. Ando's work is has been exhibited extensively throughout the world, including a recent show curated by Guggenheim curator Nat Trotman. Miya's public commissions include projects in South Korea, London, New York and California. Her work appears in many important public and private collections and she is the recipient of the Pollock Krasner Foundation Grant in 2012, the Thanatopolis Special Artist Award and Public Outdoor Commission Winner and Puffin Foundation Grant winner. She received her Bachelor of Science Magna Cum Laude in East Asian Studies at UC Berkeley and continued her studies at Yale University, in addition to serving as an apprentice to a master metal smith in Japan. Miya is represented by Sundaram Tagore Gallery.

Briefly describe to us your background as an artist. I was born in California and spent my childhood between Japan and Santa Cruz. My grandfather on my mother's side was a Buddhist priest and we lived in a small Buddhist temple in Okayama. I graduated from UC Bekeley then went to Yale for graduate school, left Yale to study metal smithing in Japan. I've since been focusing on the transformation of surfaces and mainly work with metals and other mediums which reflect, redirect or absorb and emit light.

The way you transform steel into such a weightless and ephemeral medium is fascinating. How important are materials to your work and what led to your material choices? I focus with my artwork on themes of contradiction and a juxtaposition of ideas and my materials are intrinsic to the work. My paintings on metal panel communicate materiality and permanence, yet also capture and redirect transient light for example. Another example is my recent works on papers where I have coated paper with iron and rust the iron. The solid aluminum cubes are heavy, solid and industrial, but I also hand paint the cubes with permanent dyes which feel like watercolors and are of an ethereal nature.

Your process seems very meditative, is this an experience you intend to impart on viewers through your work? I'm governed by a Zen ethos taught to me by my mother: Wa Kei Sei Jyaku (Harmony Respect Purity Tranquility) which comes from Japanese Tea Ceremony. I hope this is communicated through my work.

Are there any artists who have influenced your creative process and artistic perspective? Yes definitely. My favorites are Hiroshi Senju, Lee Ufan, James Turrell, and Agnes Martin.

Has living within Brooklyn impacted your work? My studio is on the East River in Brooklyn and I am frequently inspired by the location.   -Interview by Katherine Wilson 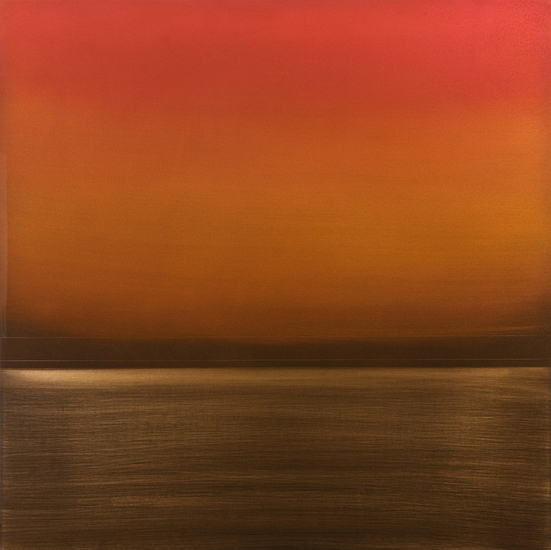