We hope you had a chance to see the OPEN (C)ALL: Up for Debate exhibition, which was on view at BRIC House Feb 5-28, 2016. The show was open to all members of BRIC's online Contemporary Artist Registry, and in the end, showcased the work of over 125 artists. 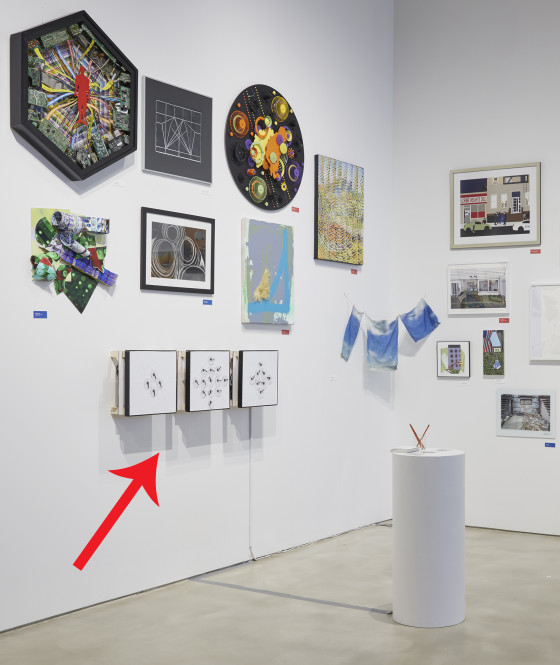 Over 400 individuals voted for their favorite work in the show, and we are pleased to announce that the winner of the "Viewer's Choice" award is Kritwalee Seneetantikul. Her interactive installation called MindTIME V2, encouraged participants to explore their own perception of time. Three separate sculptures with different arrangements of a varying number of rotating dials asked visitors to determine how much time had passed during one full rotation of each set of dials. Answers were analogous with one's larger experience of time - when one has many tasks to do, time goes by quickly; when one has less to do, time goes by slowly. Seneetantikul received a $300 cash prize and will have her artistic practice profiled on the BRIC Blog. 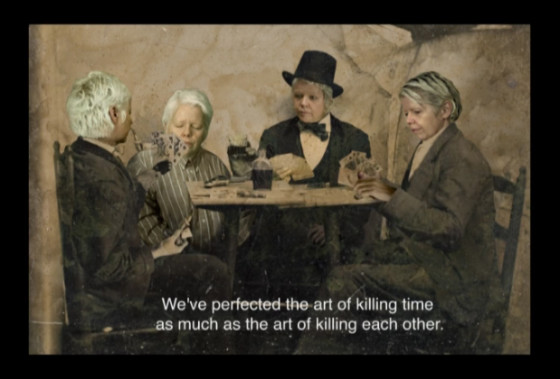 We are also pleased to announce that the "Best in Show" award went to artist Karen Ostrom, whose animation titled The Card Players refers back to an earlier film piece of Ostrom's in which random gesture and text appear out of sync so that the piece evolves indefinitely. Ostrom inserted her own head and gestures into a tintype—an early photographic process from the Civil War era—and animated it to create a conversation. The text is a series of short, sometimes rhyming phrases written by Ostrom's friend, playwright Joy Tomasko, that connect to create a passive conversation about current affairs, ultimately illustrating that nothing much ever changes. Ostrom received a $250 cash prize and will have a solo exhibition of her work at BRIC House in the coming year.

Compiled by Abigail B. Clark