Periodically, we invite well-known artists and arts professionals to create a Short List of some of their favorite artists in the BRIC Contemporary Artist Registry.

I am writing this post two days after Chinua Achebe died and I have been thinking a lot about wrestling in West Africa. The day before Chinua Achebe died, I heard Christopher Robbins discuss failure within the context of artistic participation during the event "F**king Up: Who Gets to Speak Up?" (organized by OurGoods, A Blade of Grass, and Eyebeam). His anecdotes about the time he spent in Benin as a Peace Corps Volunteer illustrated the "awkwardly intimate social collaborations" that often arise when he works in unfamiliar cultural territory. (1) A single projected image of the artist, ready to engage a wrestling opponent who was almost twice his size and better acquainted with West African wrestling techniques, served as the backdrop for his tales of mistranslations, reciprocated culture shock, and fruitless interventions. Robbins' vulnerability that was so evident in the image—mixed with a touch of foolishness that comes from uninformed eagerness—left an impression, and that night I couldn't stop thinking about the symbolic and superficial connotations of his wrestling experience.

The very next day, Chinua Achebe died. The author who wrote about Okonkwo, a fictitious village leader and Nigerian wrestling champion, was suddenly in the news and I heard a number of strangely synchronous references to Things Fall Apart that day. This admittedly tenuous connection between two random occurrences made me fixate even more on the misguided yet good intentions that came out of Robbins' work in West Africa, and what happens when the end result is completely different from the original expectation. With that in mind, I have selected artists represented in the BRIC Arts Registry who deal with the discrepancy between three key elements of self-directed and deliberate actions: intention, expectation, and end result.

Shannon Finnegan's drawings are steeped in ambivalence. In I believe in this / I don't believe in this, she typed two sentences that describe opposing meanings over and over for a full work day, attempting to be productive through the execution of a useless activity. The lack of resolution in the 8 Hour Drawings series, where her marks haven't reached the edges of the paper, is simultaneously confounding as an end product but seemingly comforting as a process.

Kelli Miller re-assembles the best and weirdest parts of internet culture to assemble a questionably utopic vision. Her work is the manifestation of the mysterious components of a society that is predicated on achieving democracy and social progress through technology, and problematic visions of its future.

Much of Nicholas Fraser's work is a heartbreaking exercise in futility: road signs with text made of bird seed that point to extinct cities, poems written in chalk dust on the floor, and vanishing historical markers. In his recent Ground Rules, Fraser used sport to address the difficulties of cultural exchange by inviting factory workers in the industrial Russian city of Nizhny Tagil to play softball games on an improvised field, with the game rules written inside the disappearing chalk field outlines.

Divya Mehre explores power relations inherent in different kinds of social dynamics. Her work mourns the cultural loss that comes with assimilation and assumptions. Employing self-deprecation, humor, and a straight forward confrontation of racial, cultural, and gender conventions, Mehra's work draws on the "unspoken intentions, judgments and one-liners derived from everyday experiences and transforms into sharp and 'not-so-easy-to-swallow' representations of the world.' "(2)

Virginia Inés Vergara developed a system of using three different cameras to photograph dioramas through a glass pane, in which she placed a Hasselblad camera in front of the viewfinder of a large-format camera and then shot with a digital camera that pointed through the Hasselblad viewfinder. The flattening and vignetting that results from this process creates an ultra artificial representation of nature in her Glass-scapes series. Intentionally focusing on scenes that are out of place, Vergara photographed facsimiles of African landscapes in the middle of New York City (at the American Museum of Natural History) that were originally created to provide a communion with nature for urban dwellers.

Louise Barry, like Virginia Inés Vergara, presents a highly stylized and complicated representation of nature, mediating the viewer's understanding through the manipulation and arrangement of found images.

In Heather Hart's Barter Town (Trading Post V: Juneteenth) and Trading Post IV, the artist sets up systems of exchange. Hart's alternative economies generate a slippery equation that rely on the participants' skill set, economic status, social capital, and generosity. In this loosely defined economic scenario, a participant might walk away with your wristwatch in exchange for his or her broken umbrella. 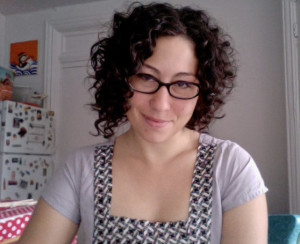 ABOUT THE SHORT LIST CURATOR Christina Vassallo is the Executive Director of Flux Factory, an alternative art space in Queens that provides contexts for artists to create new work through exhibitions, an international residency program, and other collaborative opportunities. She is also the Program Associate of Culture Push, an organization that sponsors projects with a civic engagement component through the Fellowship for Utopian Practice. Additionally, she organizes projects for a variety of non-profit and for-profit venues through her curatorial platform Random Number. Notable projects include a 40-person exhibition in an abandoned Brooklyn convent, a miniature golf course inspired by US immigration policy for Jersey City Museum, a group exhibition that describes a people's history of art for Artspace (CT), a program of digital artworks projected onto the Manhattan Bridge through NYC DOT, and a traveling show about macabre tendencies in contemporary Norwegian art at chashama (NYC) and Lafayette College (PA). She holds a BA in art history and an MA in visual arts management, both degrees from NYU.
(1) From the artist's statement: http://www.christopher-robbins.com/christopher-robbins-cv.php
(2) From the artist's statement published on the Indo-American Arts Council website: http://www.iaac.us/erasing_borders2009/d_Mehra/bio.htm
BRIC Rotunda GalleryBrooklyn ArtistsContemporary ArtMultimediaPainting