We invite well-known artists and arts professionals to create a Short List of some of their favorite artists in the BRIC Contemporary Artist Registry.

With the days following Hurricane Sandy relatively fresh in our minds, I've been thinking about our relationship to nature and questions—are we a product of our environment? Are we in a constant tug of war with nature and our changing climate? I selected nine artists from BRIC's Contemporary Artists Registry whose work gives us a variety of ways to look at these questions as they pose others. Much of the work is seductive and is as lush and beautiful as we imagine nature to be, other work is surreal, reactive, analytical but much of it is forward thinking and suggests that we may yet re-emerge with new ideas.

Holly Sumner takes nature under her wing and makes beautiful scientific studies of her natural environment as she goes through the process of collecting, pressing and analyzing the environment.

Deborah Brown paints exuberant portraits of the often barren landscape of Bushwick infusing a new energy and way of looking at that environment.

Josette Urso another Bushwick artist responds to her environment in 'real time' with intricate ink drawings. Her oil and watercolor work while less detailed, is also completed in a single sitting creating a fresh feeling of her sense of place.

Holly Sears' lush and luminous paintings draw you into nature—into places that you are sure you have been before even though those places are envisioned by the artist.

Christopher Saunders' reinvented landscapes have an undeniable energy with their color and light—that feeling of change in the air just before or after a storm that is almost meditative.

Abraham McNally documents his sense of place in nature by placing wood in an existing structure and investigating its surfaces, its movement through drawing, rubbings and photography.

Rob Raphael makes dynamic sculptures that create an interesting tension between two natural elements: wood and flowers. In his pieces the wood becomes a counter point to the ceramic material he uses to sculpt flowers often found in manicured gardens.

Mary Mattingly like Holly Sears re-creates surreal environments with her conceptual photography taking us to a newly envisioned world in which we all freely move from one environment to another suggesting a future life.

Thomas Jackson's sculptural photographs also create fantastic environments by featuring self-organizing systems in nature—swarming locusts, schooling fish and flocking birds. Recreating these systems with sculptures made of non-natural elements and juxtaposing them in real environments, their strange energy seem to show us a way to move forward even after we have endured natures wrath. 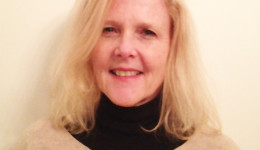 Leslie Kerby is an artist and curator who lives and works in Brooklyn, New York. Kerby focuses on the life of social narrative and explores how it changes when experienced on either a personal or collective perspective. Echoing the vast changes of her subject matter, the artist works in collage, drawing, painting and printmaking in order to capture how individuals use their identity as a form of cultural currency. Kerby has studied at the Arts Students League, the Robert Blackburn Printmaking Workshop and the Lower Eastside Printshop.

She has exhibited her work at the Object Image Gallery in Brooklyn, most recently in 2009. Her 2012 solo exhibition at St. John's University, Queens, NY featured the collage series Border Lines. Kerby's art has appeared at the Masur Museum of Art in Monroe, Louisiana; the Chelsea Art Museum in New York City; the Loyola College Crown Center Gallery in Chicago, Illinois; the Arkansas State University Bradford Gallery in Arkansas State, Arkansas as well as Kunsthalle Galapagos, Storefront Gallery, Norte Maar, Sacred Gallery and the Kentler International Drawing Space in New York. She has been awarded artist residencies at at the Virginia Center for the Creative Arts in Amherst, VA and School of Visual Arts, in New York, New York. In February 2013, Kerby will curate an exhibition featuring the work of I-Hsuen Chen, Ryan Sarah Murphy and Eleanor Ray for 308 at 156 ProjectArtspace in Manhattan.