Periodically, BRIC invites artists and arts professionals to create a Short List of some of their favorite artists in the BRIC Contemporary Artist Registry curated around a common theme.

Our body is a vehicle to achieve the unimaginable. Although at times it will let us down, it can take us places we never thought possible. Each of the artists showcased, explore how our bodies exist and function in space, using the physical body as an active part of the art making process. By presenting the body in both functional and poetic ways, the works examine our physical movements by pushing our body to its boundaries, tracking differences in our behaviors and studying our inherent cognitive abilities.

Jade Yumang's work focuses on the queer form and its conception through various lenses. With a blend of performance, sculpture and installation, Yumang takes his body to its limits, exposing his exhaustive and laborious processes. By putting his own endurance to the test, his work reveals the pressures placed on non-conforming bodies.

The seamless integration of body and form is also seen in the work of Mary Mattingly, who examines the ways in which we move through life by proposing a world retuned to its nomadic roots. The wearable environments she creates, or as she refers to them "autonomous living/traveling systems", are engineered with a blend of scientific analysis and an imaginative approach. The stark realities she addresses in her work reveal poetic relationships between landscape and form.

Sophie Kahn uses new technologies, such as 3D scanning and printing mixed with ancient bronze casting techniques to create images that represent a body in motion. These advanced technologies, which are not designed to capture movement, only interpret traces of the body, producing images that resemble deconstructed or dismembered monuments.

The interdisciplinary artist Jayoung Yoon asks the viewer to become present in the moment by focusing on the body and its subtleties. Yoon's work incorporates ephemeral materials, such as hair, salt and water to create intimate relationships between these tactile materials and the body.

Rossana Martinez's work is centered on the object/body relationship. With her background in dance, yoga and performance art, she creates moments that incorporate subtle movements with balance and breath.

Similarly, artist Eve Bailey looks at balance and coordination and how our bodies can function as mechanical structures. Combining video, sculpture and performance, she designs and builds ergonomic sculptures that experiment with equilibrium and explore how our bodies can be assisted in motion. 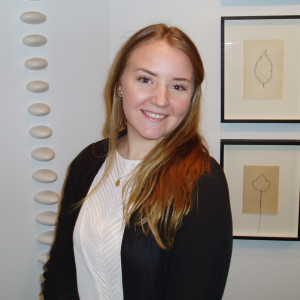 Kris Nuzzi is a Brooklyn based independent curator. She received her BA from Pratt Institute in Brooklyn and her MA from the Fashion Institute of Technology in New York. She is the 2011-2012 recipient of the Lori Ledis Curatorial Fellowship, where she had the opportunity to curate the exhibition Figured as well as organize the public program Embody at the BRIC Rotunda Gallery. As an independent curator, she has recently curated shows at the La MaMa Galleria, BRIC Rotunda Gallery, Alice's Arbor, the Radiator Gallery, the Terminal Warehouse, among others. She was recently a panelist for (re)Presenting AIDS: Culture and Accountability at CUNY Graduate Center, New York as well as Making Sense of Paper, Glitter and Life, a curator discussion at La MaMa Galleria, New York. Kris recently curated NOT OVER: 25 Years of Visual AIDS, which was reviewed by Holland Cotter in the New York Times. She is currently the Gallery Manager at Pavel Zoubok Gallery, New York.