Scotch Computer | The Future Is Then | Ep 1

Glenda stays busy at the Bed-Stuy Travel Bureau after her husband Hilton's passing, while the boys at the WWW Travel start-up get a wrench thrown in their floppy disk.

Set in mid '90s Brooklyn, The Future Is Then follows a recently widowed Trinidadian travel agent who is recruited to be the brains behind the scenes of an Expedia-esque start up, run by three twenty-something white dudes. A culture clash arises when these two very different communities and mindsets come to a head.

ABOUT THE CAST & CREW

Sarah Salovaara is a filmmaker from New York City, who is currently based in Los Angeles. Her work is primarily concerned with the retooling of gender roles and genre tropes. In 2019, her BRIC TV show The Future Is Then, a tech industry satire set in mid-1990s Brooklyn, premiered at the Tribeca Film Festival. In 2017, her series, Let Me Die a Nun, starring Ana Fabrega and Hari Nef, was nominated for a Gotham Independent Film Award. Her feature-length script, Mariela al Revés, about a late in life lesbian who travels to Cuba in search of sex tourism, was a part of the 2019 IFP Project Forum. She has created branded work for companies like Kate Spade and Refinery29. She is an alumna of the 2018 New York Film Festival Artist Academy and an editor at Filmmaker Magazine.

Producer Okema T. Moore is an actress, producer and writer...who sometimes directs. She was a semi-finalist for the 2018 Sundance Producer Lab and is the Lead Producer for BRIC TV's 2019 Tribeca N.O.W. selection The Future Is Then! She is also a producer on the 2019 ABFF Best Web Series, Little Apple. Diligent about also creating and starring in her own award-winning works, she has screened in festivals domestically and internationally. Most recently her short film Shh... has screened as part of Gentleman Jack's Real to Reel series 2019 and won Best Screenplay and Best Short in several fests in both 2018 and 2019. Transitioning into the network space in 2017, Okema was the production coordinator for OWN’s Oprah's Master Class and the Food Network's Chopped. Presently she back with the them as a writer/producer for Beat Bobby Flay. She is the former Creative Producer and Production Manager for Netflix’s comedic genre brand, Netflix Is A Joke, was the Creative Producer for a series of videos for Spotify 4 Brands and has also produced a plethora of branded work for various household names, including Nickelodeon, FOX and DreamWorks.

Director of Photography Arlene Muller is a Brooklyn-bred cinematographer working in Los Angeles and New York. Her work has been shown in numerous festivals around the world including Sundance, Clermont-Ferrand, SXSW and Tribeca. She also lensed the popular John Early/Kate Berlant Vimeo web series, 555. She holds an MFA in cinematography from the American Film Institute.

Lucy Munger is an editor and stop motion animator based out of Brooklyn, New York. Her work has screened worldwide at festivals including IFFR, SXSW, and MDFF. She is currently focused primarily on non-fiction film and analogue animation projects.

Carl Kranz (John) is an actor, writer, comedian, and musician from New York City. A graduate of Bard College, he made his feature film debut in Nathan Silver’s Soft in the Head and has since appeared in Silver's films Stinking Heaven and The Great Pretender (2018), Sarah Salovaara's short film Nugget and series Let Me Die A Nun.

Matt Barats (Mark) is a New York City based writer and comedian via Chicago. He was a long-time cast member of The Holy Fuck Comedy Hour, co-creator of the play Sadie Hawkins Day, and the visual comedy album Reveries. Matt has contributed to The Onion and The New Yorker and his short film Improve Is Love was recently a Vimeo “Staff Pick.”

A classically trained actor and dancer, Mandela Bellamy has started to make a name for herself in critically acclaimed television dramas such as The Blacklist, Jessica Jones, Madam Secretary and most notably as inmate, Rosalie Deitland on the hit Netflix show, Orange is the New Black, premiering it’s 7th and final season summer 2019. Mandela is certainly no stranger to working alongside some of the biggest names in entertainment: she’s been featured in music videos starring Beyoncé, Lady Gaga, Mariah Carey, Ariana Grande and Nicki Minaj. Mandela can also be seen this fall in Warner Brothers' Joker alongside Joaquin Phoenix.

Joshua David Robinson has appeared numerous times Off-Broadway and in regional theaters across the country, as well as working extensively in the commercial world and as a voice actor. Holding an MFA from NYU Grad Acting, Joshua is always working to use his art as a means to engage with his community and as a vehicle for social change.

Stephen Gurewitz (Matt) is a New York-based filmmaker and actor whose credits include Marvin, Seth and Stanley, Somebody Up There Likes Me, Stinking Heaven and Her Smell.

Scotch Computer | The Future Is Then | Ep 1 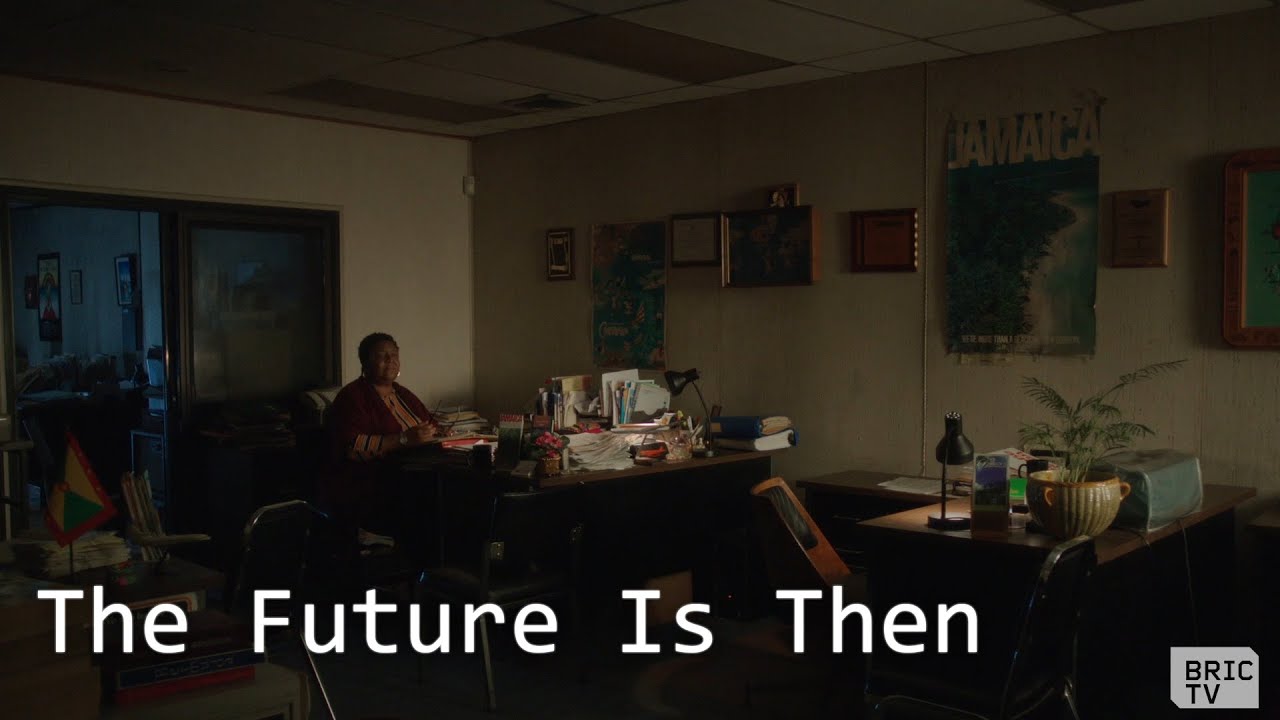 Kitchen Lights | The Future Is Then | Ep 2 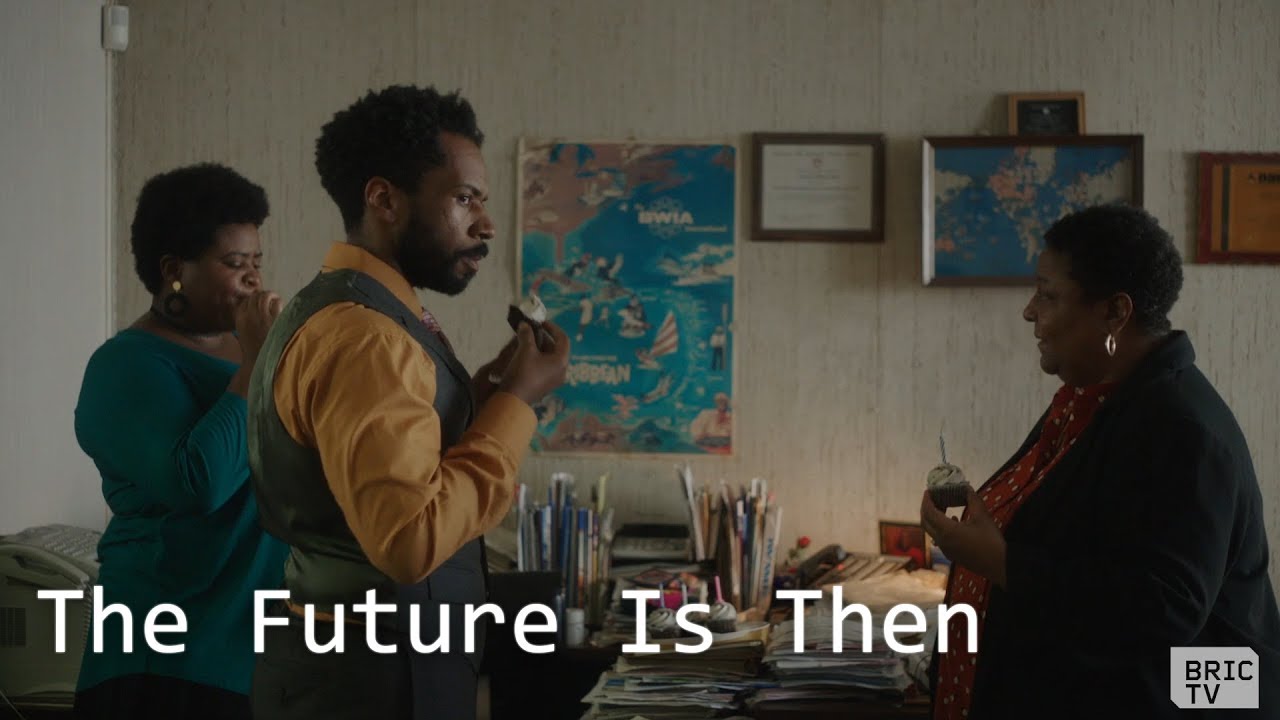 First Desktop | The Future Is Then | Ep 3 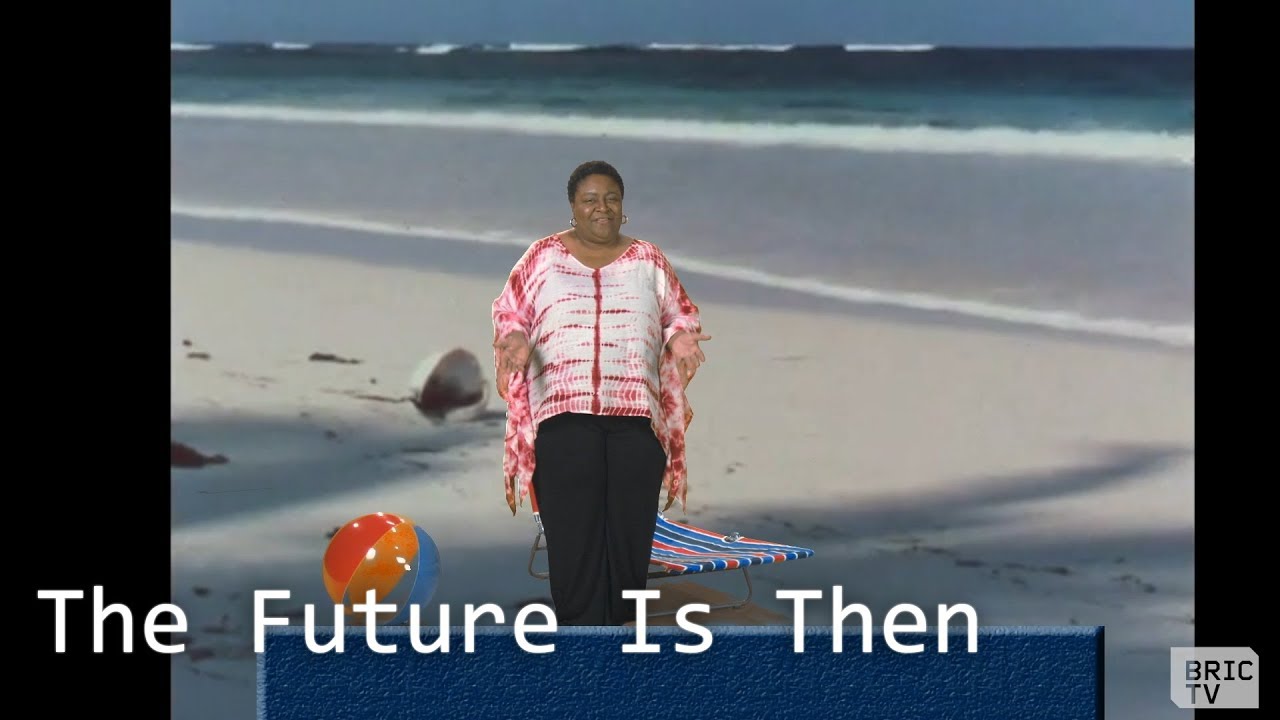 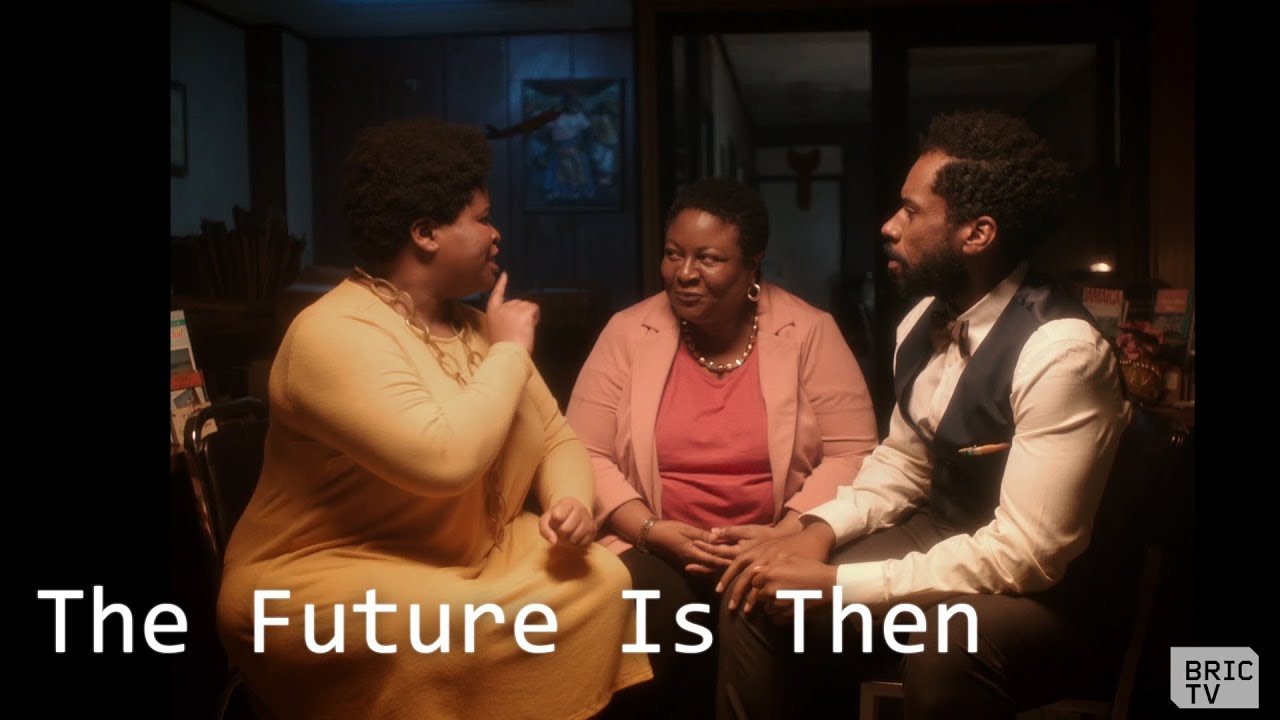 Malik Approved | The Future Is Then | Ep 5 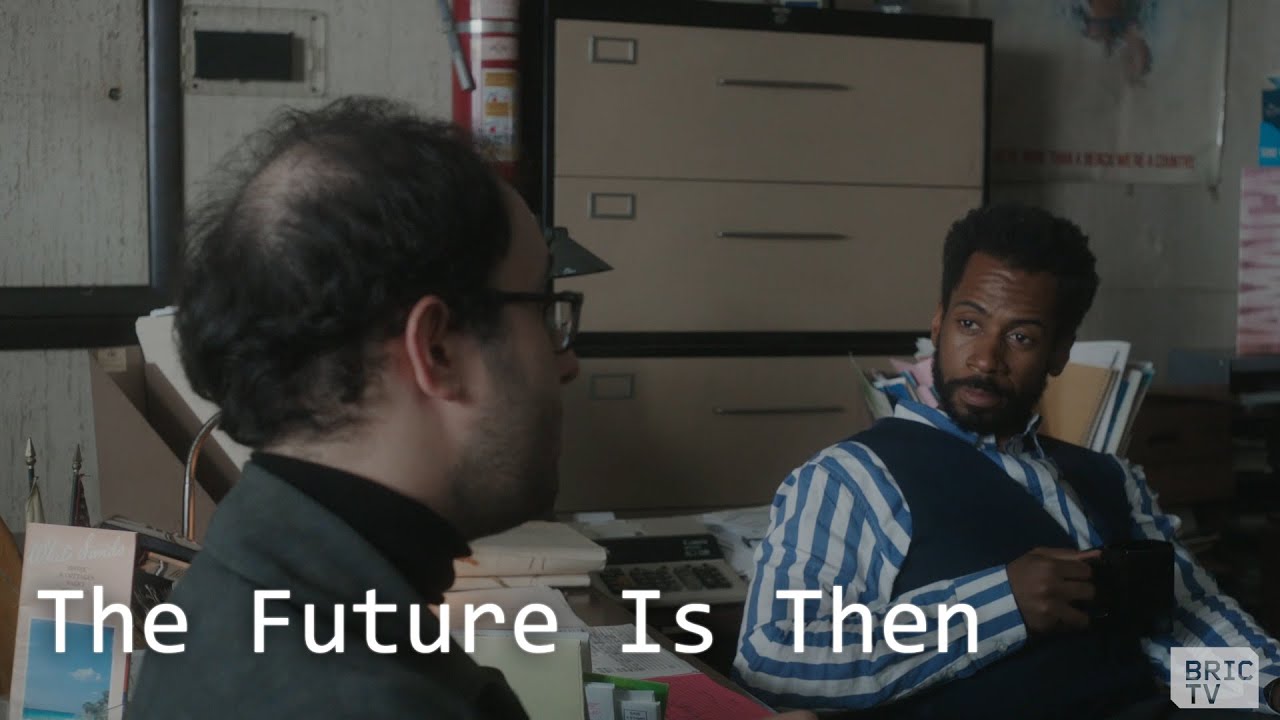 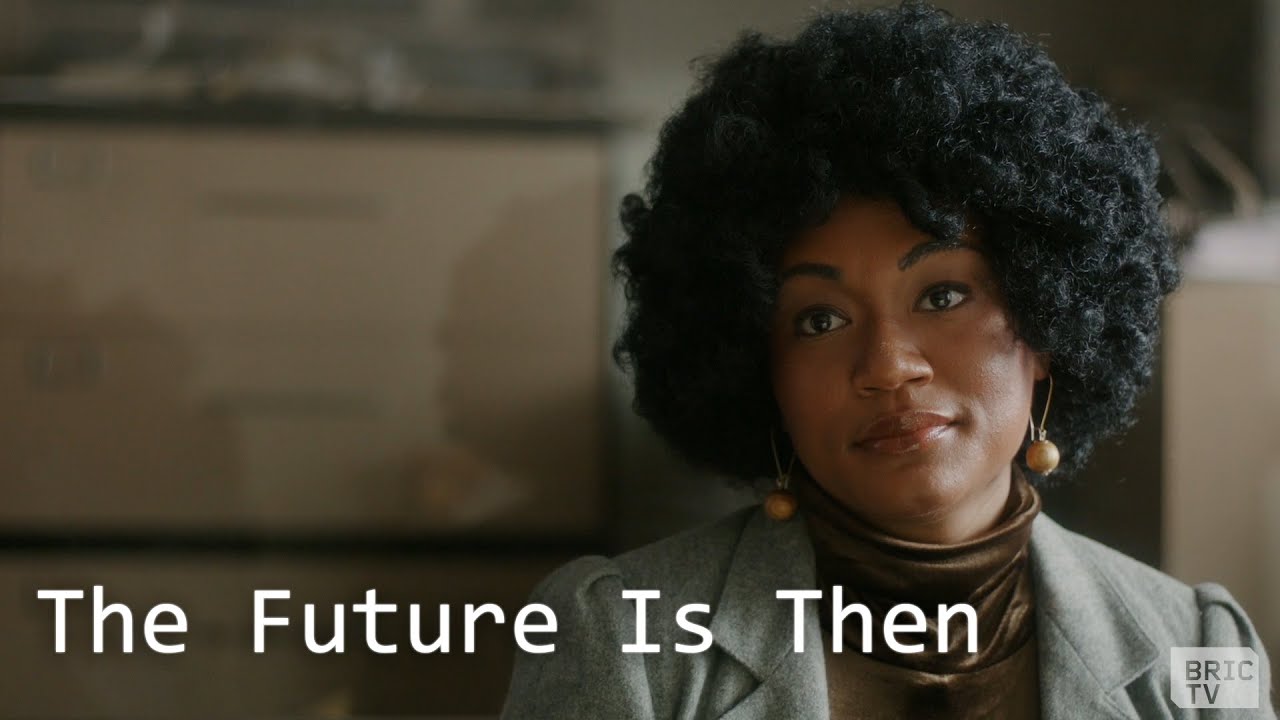