Art has long been a lever for working class solidarity and social justice. It’s also a collaborative form of labor that props up some workers and devalues others. This week, we're taking a long, hard look at two works of art: Rodrigo Valenzuela: New Works for a Post Worker’s World, an exhibition on view at BRIC House through December 23rd, and 7 MINUTES, a play produced by Waterwell that premiered at HERE Arts Center last spring.

Brooklyn, USA is produced by Emily Boghossian, Shirin Barghi, Charlie Hoxie, Khyriel Palmer, and Mayumi Sato. If you have something to say and want us to share it on the show, here’s how you can send us a message: https://bit.ly/2Z3pfaW 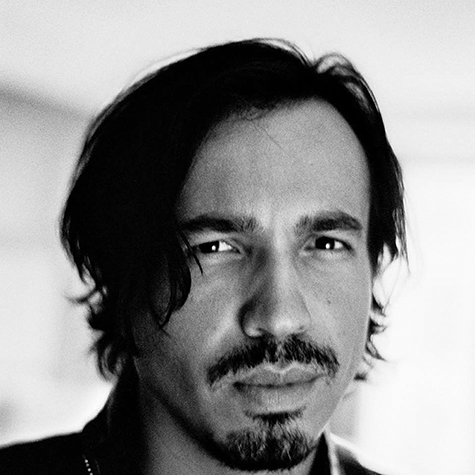 Born in 1982, Santiago, Chile; based in Los Angeles, CA Rodrigo Valenzuela has presented solo exhibitions at the New Museum and Asya Geisberg Gallery, both NY; Light Work, Syracuse, NY; University of South Florida, Tampa, FL; Santa Cruz Museum of Art and History, CA; Orange County Museum of Art, Santa Ana, CA; Museum of Art and History, Lancaster, CA; Luis de Jesus, Los Angeles, CA; Jordan Schnitzer Museum of Art, Eugene, OR; and the Portland Art Museum and UPFOR, both Portland, OR. He has participated in group exhibitions at The Kitchen, The Drawing Center, Wave Hill, and CUE Art Foundation, all NY; Museum of Contemporary Art North Miami, FL; Bemis Center for Contemporary Arts, Omaha, NE; Frye Art Museum, Seattle, WA; and The Museum of Fine Arts, Houston, TX, among others. He has also exhibited his work in solo shows internationally at Arróniz Arte Contemporáneo, Mexico City; Peana Projects, Monterrey, NL, Mexico; Galería Patricia Ready and Museo de Arte Contemporàneo, Universidad de Chile, Santiago, Chile; and Galerie Lisa Kandlhofer, Vienna, Austria. Valenzuela has participated in residencies at Dora Maar, Fountainhead, Light Work, MacDowell, Glassell School of Art, Bemis Center for Contemporary Arts, Kala Art Institute, Vermont Studio Center, Center for Photography at Woodstock, and the Skowhegan School of Painting and Sculpture. He is the recipient of the 2021 John Simon Guggenheim Memorial Foundation Fellowship in Photography, the Smithsonian Artist Research Fellowship, and the Joan Mitchell Fellowship. His work is included in numerous public and private collections, including those of the Whitney Museum of American Art, J. Paul Getty Museum, Los Angeles County Museum of Art, The Museum of Fine Arts, Houston, The Nelson-Atkins Museum of Art, Frye Art Museum, Tacoma Art Museum, and The Center for Photography at Woodstock. He is an Associate Professor and Head of the Photography Department at UCLA. Valenzuela received his BFA in Art History and Photography from the University of Chile, his BA in Philosophy from Evergreen State College, and his MFA in Photo/Media from the University of Washington. 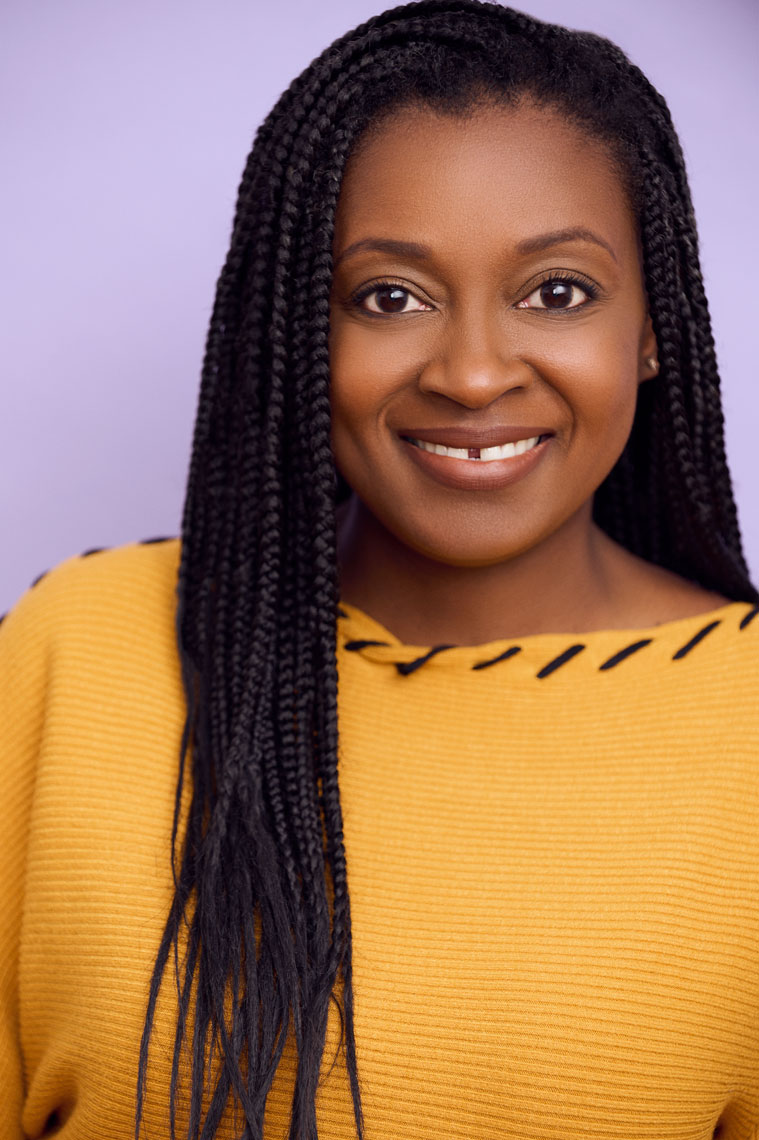 Ebony Marshall-Oliver is an actress, singer, and storyteller. She began singing in church as a little girl. After being cast in her first musical- Bubbling Brown Sugar- in her mid twenties, she decided that acting would be her career. She enrolled in the Integrated Program at AMDA NY. Her first professional job after graduating was Seussical the Musical with TheatreWorksUSA. With this role, she became a member of Actors Equity Association. Broadway credits include Ain't No Mo' and Chicken and Biscuits. Off Broadway theaters she's worked at are Waterwell, Clubbed Thumb, The Public Theater, to name a few. She can be seen on season 2 of The Ms. Pat Show (BET+) and season 3 of Evil (Paramount+). 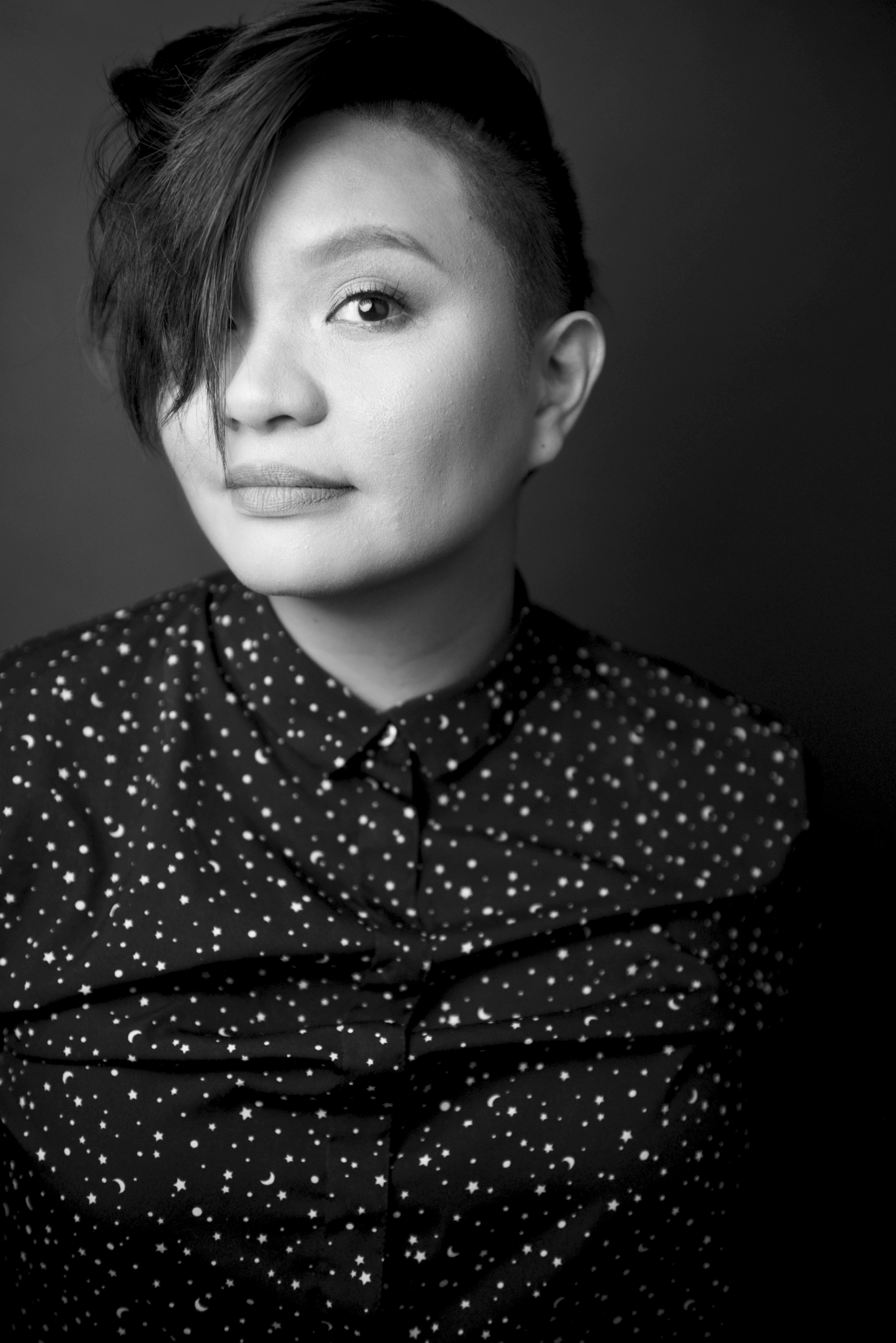 Mei Ann Teo (they/she) is a queer immigrant from Singapore making theatre & film at the intersection of artistic/civic/contemplative practice. Their critically-acclaimed work has been seen at The Bushwick Starr, Waterwell, The Shed, Shakespeare's Globe, Woolly Mammoth, Theaterworks Hartford, Belgium's Festival de Liege, the Edinburgh Fringe, Beijing Int'l Festival, among others. Awards include LPTW Josephine Abady award and the inaugural Lily Fan Director Lilly Awards. They are an Associate Artistic Director and Director of New Work at Oregon Shakespeare Festival. 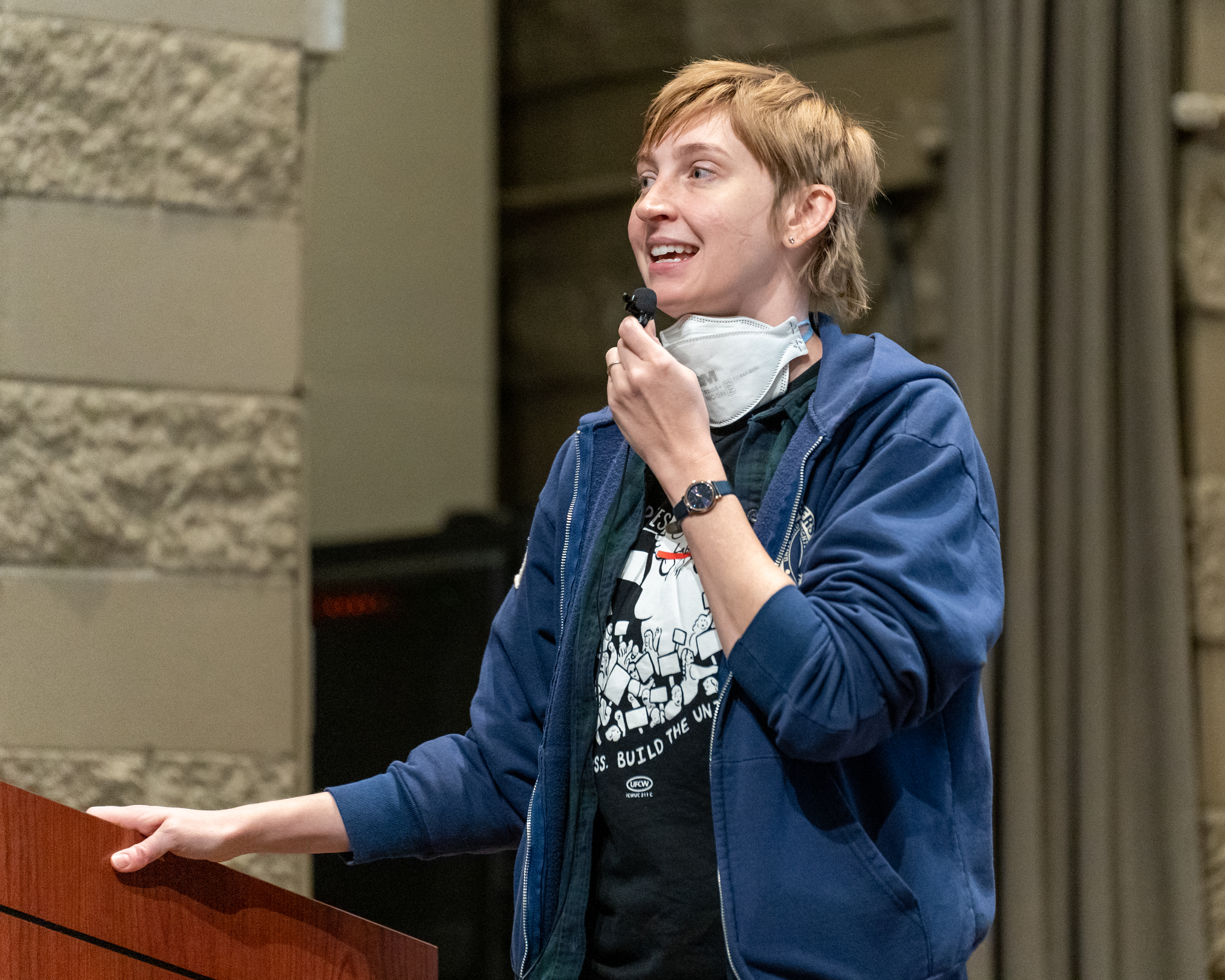 Sarah Hughes has played many roles in her short time in the labor movement, including steward, officer, organizer, and workshop facilitator. She has worked for the National Education Association (NEA), the Professional Staff Congress at the City University of New York (AFT), and university labor studies programs, including CUNY's NY Union Semester. She has also taught a variety of workshops to city workers, electricians, women workers, and others. She holds a masters in labor studies from UMass Amherst. Prior to joining the Labor Notes staff in 2021, Sarah had been a long time fan, subscriber, volunteer trainer and donor. She attended her first Labor Notes conference in 2008, and is excited for many more. She lives in Flatbush with her labor lawyer husband and their toddler, who also loves picket lines.

Waterwell is a group of artists, educators and producers dedicated to telling engrossing stories in unexpected ways that deliberately wrestle with complex civic questions. 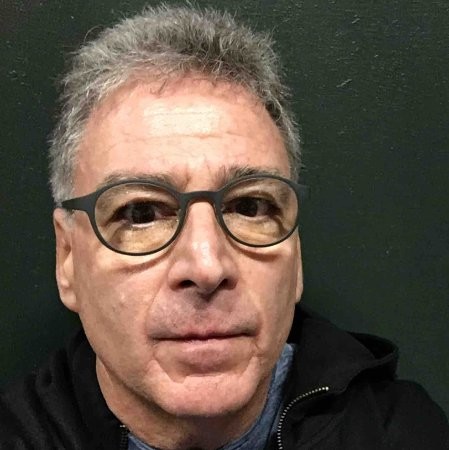 Founded by Andrew Tilson, the Workers Unite Film Festival, now in its 11th season, is a celebration of Global Labor Solidarity.  The Festival aims to showcase student and professional films from the United States and around the world which publicize and highlight the struggles, successes and daily lives of all workers in their efforts to unite and organize for better living conditions and social justice. 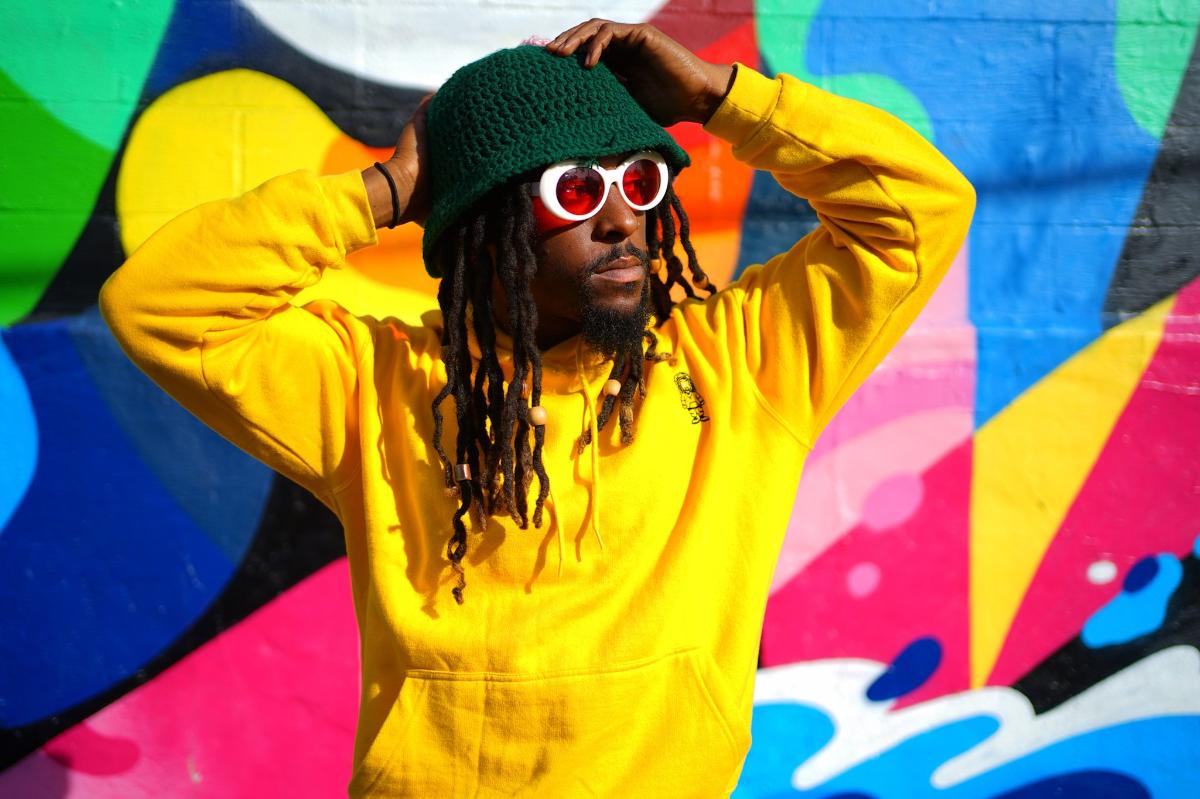 Superlative, meaning the best of, and Sain meaning to bless, is a multi-talented creative, born in the UK (United Kingdom, England) and raised in Hollis Queens, New York. Born Matthew Munroe, Sain always connected with music by singing with his mother, a vocalist in a church choir who grew up singing. As a child, art was always a passion of Sain's life. Art was always a staple in his life, from drawing full-length comic books to designing logos. Picking up the art of rapping in his early college years, Sain continued with his love of the arts and always wanted to bring his friends with Him wherever he went. Co-creating the creative collective group OGWN with long-time friend Diverze Koncept, he began expanding his ever-growing catalog simply because he loved making music. While pursuing music, he also manages his visual company MMunroeMedia, directing, filming, and editing music videos for other artists, capturing the moment and enhancing the vision with graphics and photography. Superlative Sain takes the term "Artist" to an entirely new level by designing his merch/clothing line, "Be|SUPERLATIVE," Check out this talented artist and be a part of his Rise.

This episode featured clips from “Why Work?” (1996) by Bill Moyers.