Jump to Navigation
& On & On (Part One)
The Memories Trilogy 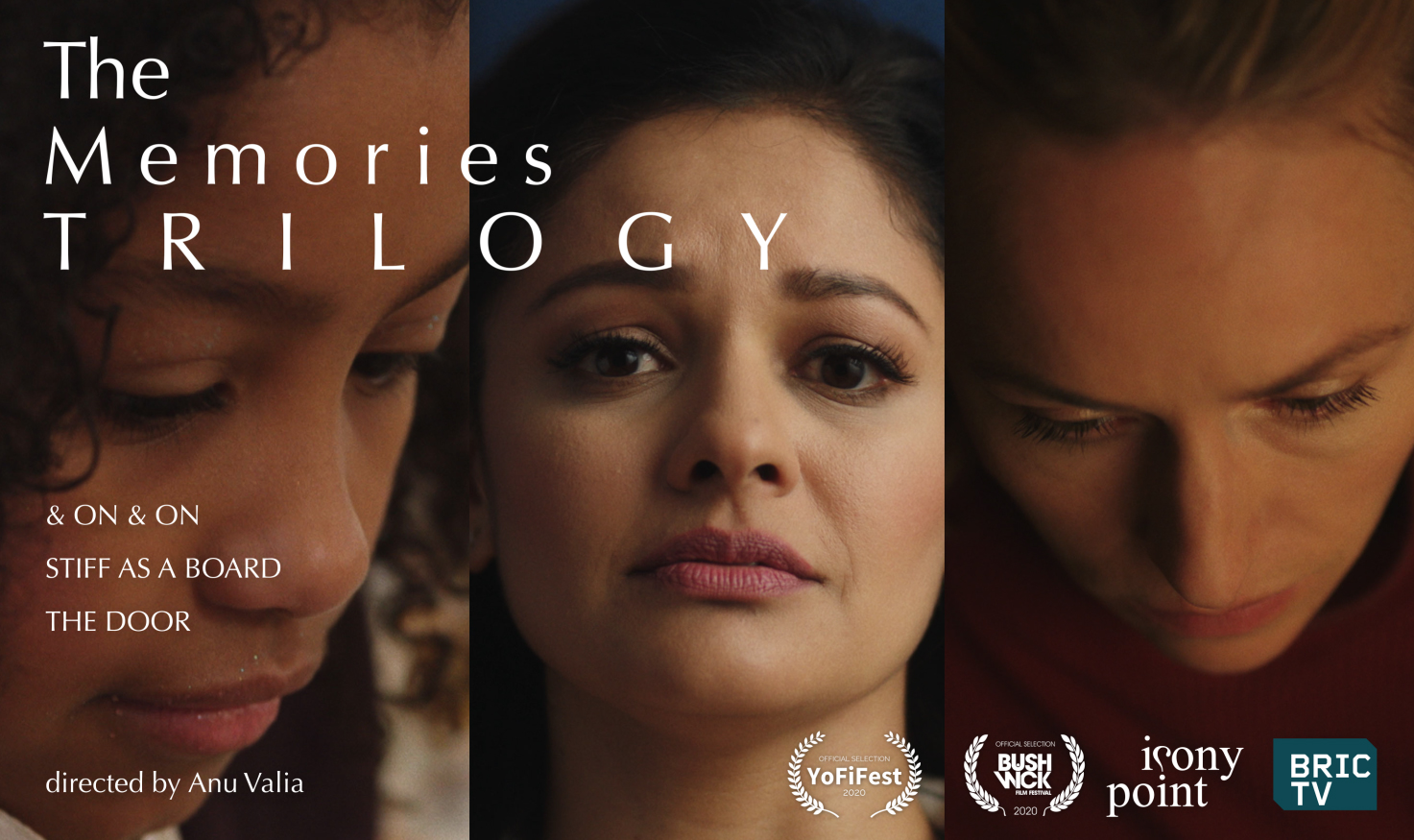 The Memories Trilogy explores small, life-shifting moments in a person's life. Sometimes the tiniest things will have an everlasting ripple in the course of your life. It is not just big events that can change you, but little moments.

ANU VALIA is the writer and director of The Memories Trilogy. She has worked on numerous shows including And Just Like That.. (HBO), Nora from Queens starring Awkwafina (Comedy Central), Mixed-ish (ABC), and First Wives Club (BET+). She is also the Director and Executive Producer of Adult Swim's, Soft Focus with Jena Friedman. Anu Valia is a recipient of the 2020 NYC Women’s Fund for Media, Music, and Theatre, a 2018 Big Vision Empty Wallet Fellow, a New York Film Festival's Artist Fellow, an artist resident of SPACE on Ryder Farm in New York, and an artist resident of Studio Faire in Nérac, France.  Her film, Lucia, Before and After won the Jury Prize for US Fiction in 2017 at Sundance. She's most proud to be an ambassador for the American Film Showcase, a United States film diplomacy program promoting arts involvement and education abroad.

"BRIC has supported me as an artist when I felt it would be near impossible to get my projects off the ground and is an essential organization for New York artists. They've helped so many of us continue our craft & use our voices. I'm so grateful for their support and will be a lifelong supporter of theirs as well” - Anu Valia 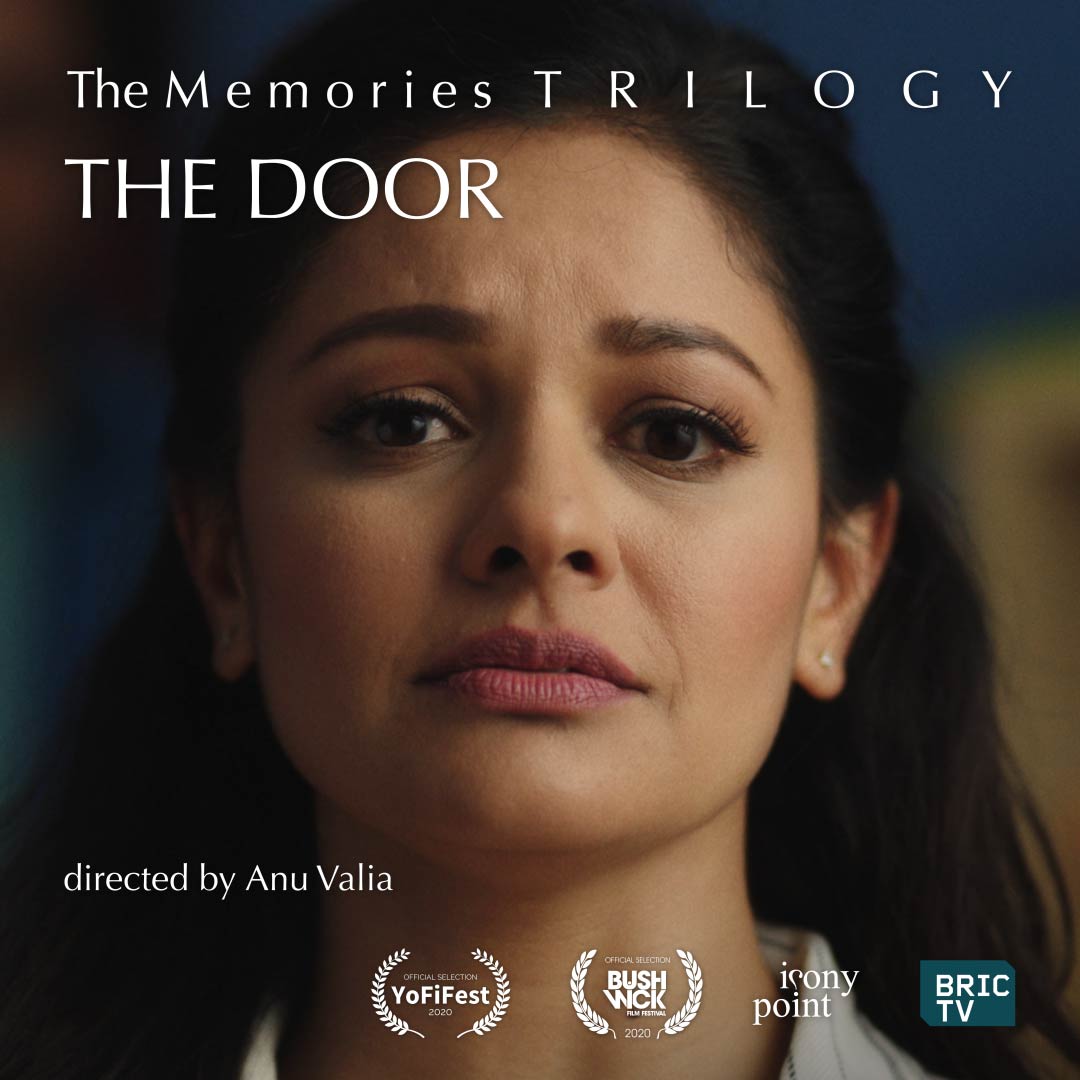 & On & On (Part One)
The Memories Trilogy 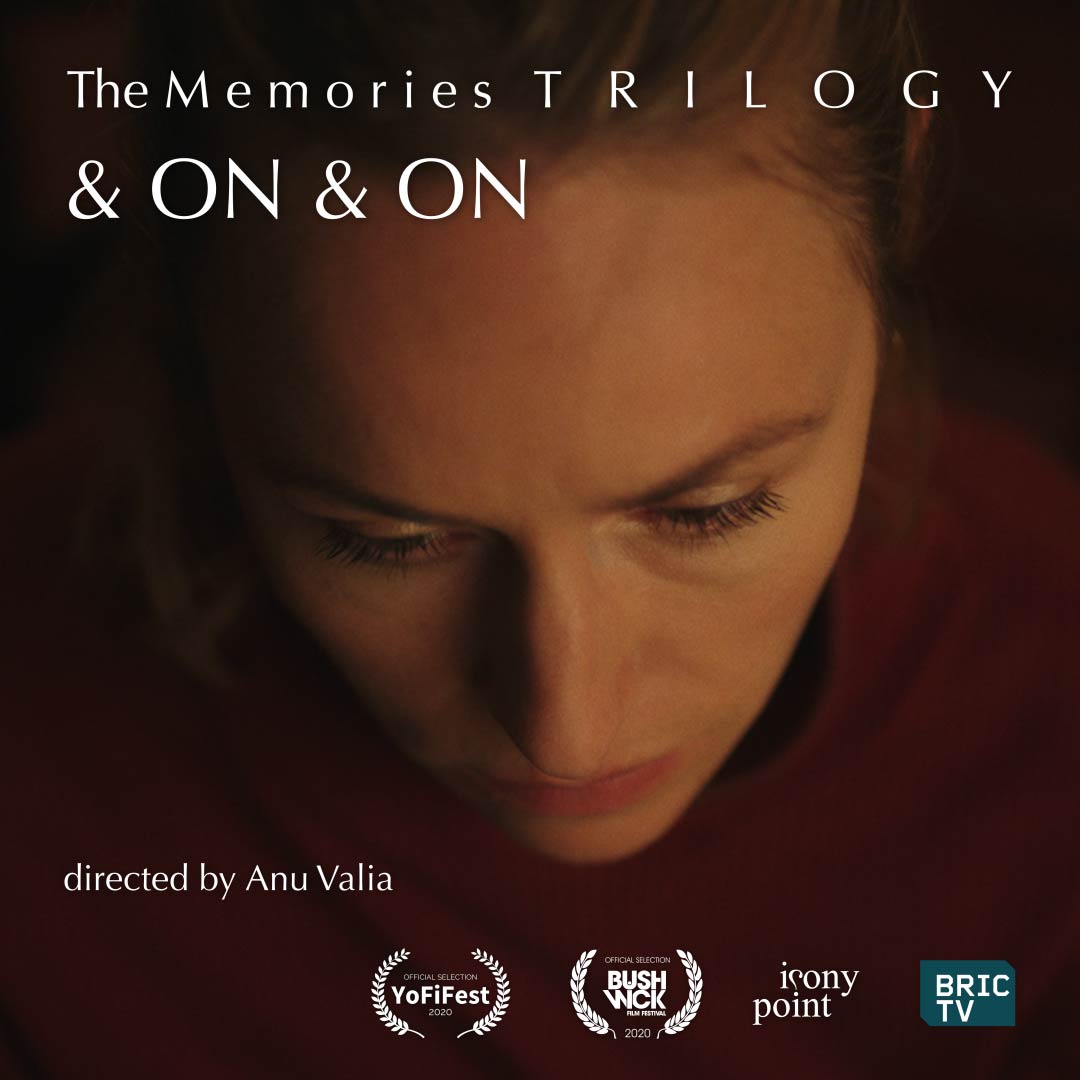 Stiff As A Board (Part Two)
The Memories Trilogy

Stiff As A Board (Part Two) 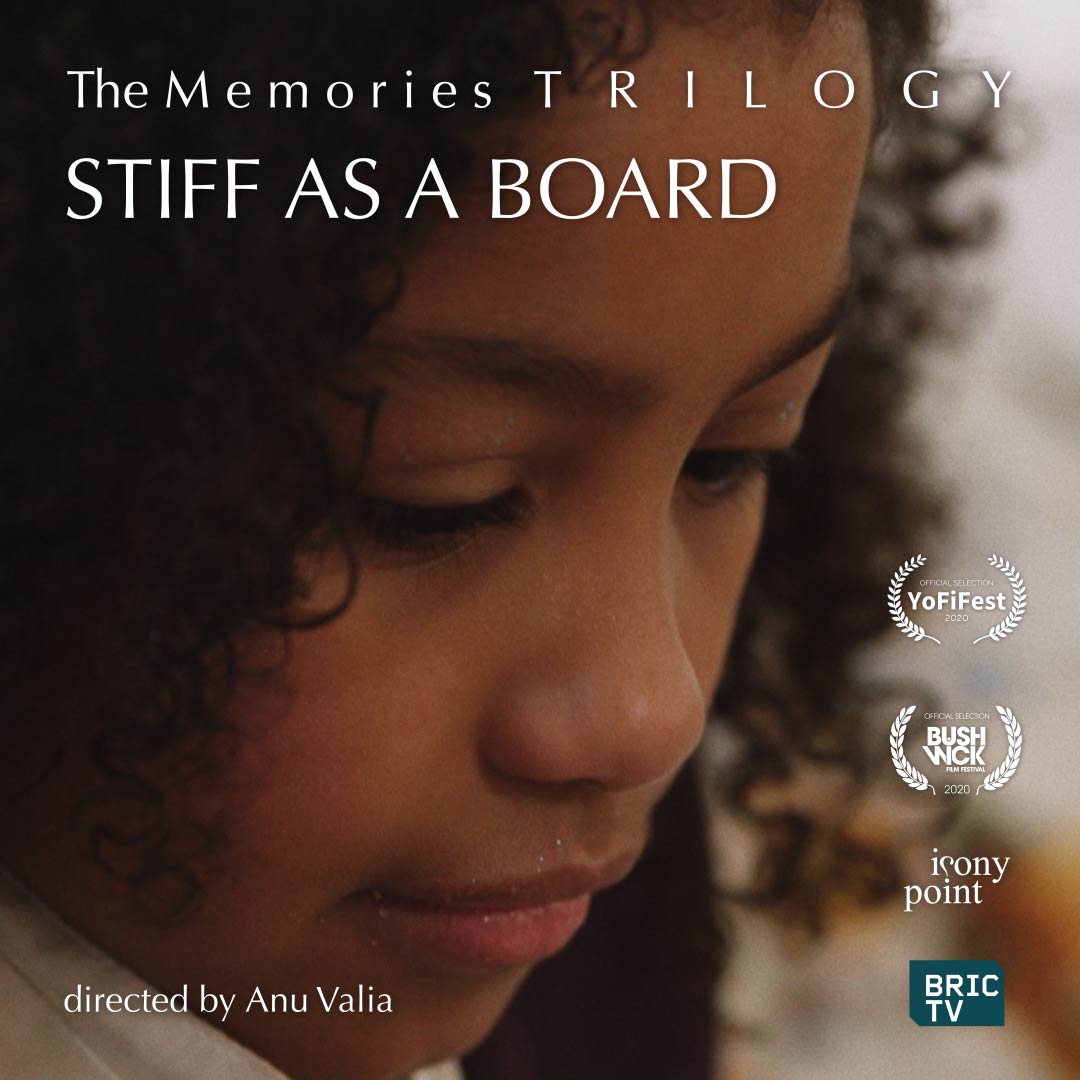