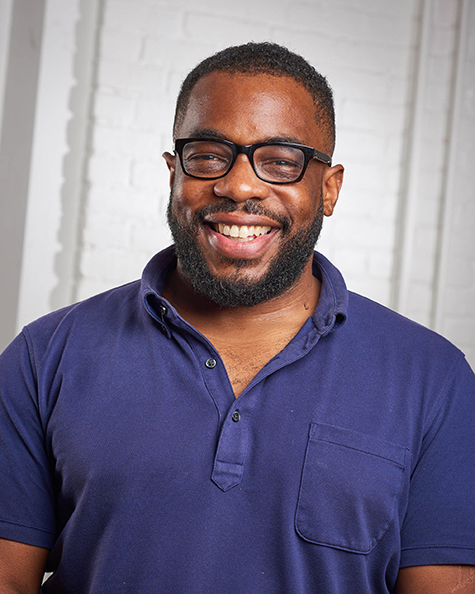 Wes has over 25 years of experience as a leader, entrepreneur, innovator, creative and executive in entertainment and academia. Jackson comes to BRIC from Emerson College where he was the Director of the Business of Creative Enterprises (BCE) Program and Senior Executive In Residence. While at Emerson, he was instrumental in increasing enrollment fivefold, launching the graduate degree, founding “The Future of Creative Industries'' Conference, and the Global BA degree. He is an alumnus of BRIC Arts Media and has collaborated with the organization as a creator and speaker in several capacities since 2016.

“It is an honor to have the opportunity to lead an outstanding organization like BRIC. It is a pillar of Brooklyn and the arts community worldwide. For decades, BRIC’s excellence has touched so many. With its mission and reputation, BRIC is entering a powerful era of growth. I look forward to working with the team to ensure we realize our full potential,” said Wes Jackson. “It is not hyperbole to say that arts, culture, and education can change the world. It is with that understanding that I embark on this journey. The world needs a place where ideas and expression can flow freely and evolve. The world needs BRIC.”

Wes’ career began with producing concerts for Nas, The Roots, The Dave Matthews Band, The Fugees, and A Tribe Called Quest. His first venture, Seven Heads Entertainment, was a vanguard for progressive and community based Hip-Hop.  Seven Heads helped launch the careers of Yasiin Bey (Mos Def), Talib Kweli, El-P (Run The Jewels), Common, and others. Music from Seven Heads Roster was included in HBO's "The Wire", “The Boondocks”, and the film "Brown Sugar” among others.

Wes would later found and lead the Brooklyn Hip-Hop Festival, an annual event that ran for 15 years with the mission to create a world class event to honor Hip-Hop music and culture and the borough of Brooklyn. The Festival hosted a range of talent including Jay-Z, Kanye West, NYS Attorney General Letitia James, Deray McKesson, Kendrick Lamar, Fab 5 Freddy, Congressman Hakeem Jeffries, Q-Tip, and many others.

"Wes Jackson is a thinker and doer. His approach to leadership, entrepreneurism, art and culture, public service, creativity, relentlessness, academia, integrity, and curiosity plus his love for Brooklyn inspire us. Leading BRIC into its bright and evolving future while embracing transformation, growth, and innovation will be an extension of his life's work. BRIC's board and staff are enthused to partner with him as he brings his track record of building successful organizations to BRIC on our voyage to continue Building Brooklyn's Creative Future," said Michael Liburd, BRIC Board Chair.

Wes also taught at the City University of New York and consulted for Jazz At Lincoln Center, MTV, Grammy Camp, and VH1. Jackson is a Trustee of the Brooklyn Public Library and Board Chair of the Brooklyn Crescents.

ABOUT BRIC
BRIC is a leading arts and media institution anchored in Downtown Brooklyn whose work spans contemporary visual and performing arts, media, and civic action. For over forty years, BRIC has shaped Brooklyn's cultural and media landscape by presenting and incubating artists, creators, students, and media makers. As a creative catalyst for their community, BRIC ignites learning in people of all ages and centralizes diverse voices that take risks and drive culture forward. BRIC builds Brooklyn's creative future. Learn more at bricartsmedia.org.