Do you know about BRIClab? BRIClab is our commissioning and residency program for local artists working in music, dance, theater, and multidisciplinary performance. (Applications are now open for our 2019-2020 cohort!)

As part of BRIClab, each team receives a two-week residency in the Artist Studio at BRIC House, where they work on their piece and explore the creative process. At the end of the two-week period, each residency culminates with two work-in-progress showings in our Artist Studio space.

BRIClab is just one of the many ways that BRIC incubates and presents work by emerging artists—and each season of the program is unique and diverse. For Spring 2019, the performances include a dance piece highlighting the power of black women; an auto-ethnographic cross-disciplinary performance about the friendship between two queer trans masculine Chinese people; a music theater piece set during the collapse of the Detroit automobile industry; and a multimedia mashup on the subject of Julia Pastrana, a Mexican mezzo soprano who was billed as “The Ugliest Woman in the World.”

Learn about the artists behind these one-of-a-kind performances and get your tickets to see these work-in-progress showings this spring! 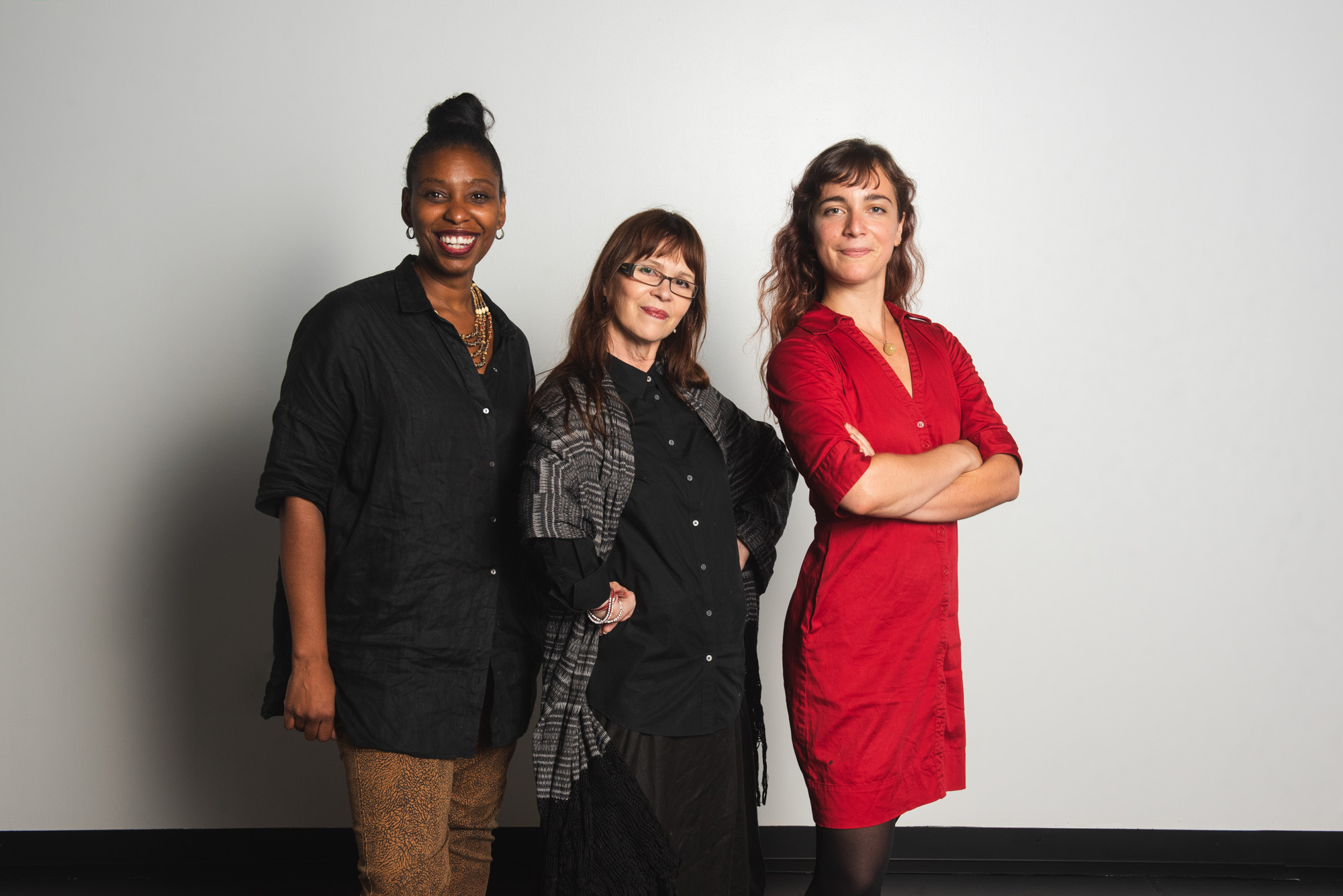 Created and Written by Laura Anderson Barbata; Developed with and Directed by Tamilla Woodard; Multimedia Design by Katherine Freer

Part TED Talk, part workshop and multimedia mashup on the subject of Julia Pastrana, a Mexican mezzo soprano who was billed as “The Ugliest Woman in the World,” The Eye of the Beholder combines storytelling and thought experiments that invite audiences to an experience of radical empathy and a re-examination of the value of a human life—in the dark. More info + tickets!

Tamilla Woodard is the recently named Associate Artistic Director of WP Theatre (the 2018 Lucille Lortel winning theater for Outstanding Body of Work, formerly The Women’s Project). She is the co-founder of PopUP Theatrics, a partnership creating immersive and participatory theatre for audiences in Europe, South America, Mexico and the US since 2007. She also serves as Artistic Director of Working Theater’s community initiative project: Five Boroughs/One City. A graduate of The Yale School of Drama; recipient of The Josephine Abady Award from The League of Professional Theatre Women and The Charles Bowden Award from New Dramatists, Tamilla is a past Time Warner Fellow at WP Theatre Director’s Lab, Alumnus of The Lincoln Center Director’s Lab, Audrey Fellow at New Georges and current Usual Suspect at New York Theatre Workshop and member of Wingspace Theatrical Design. 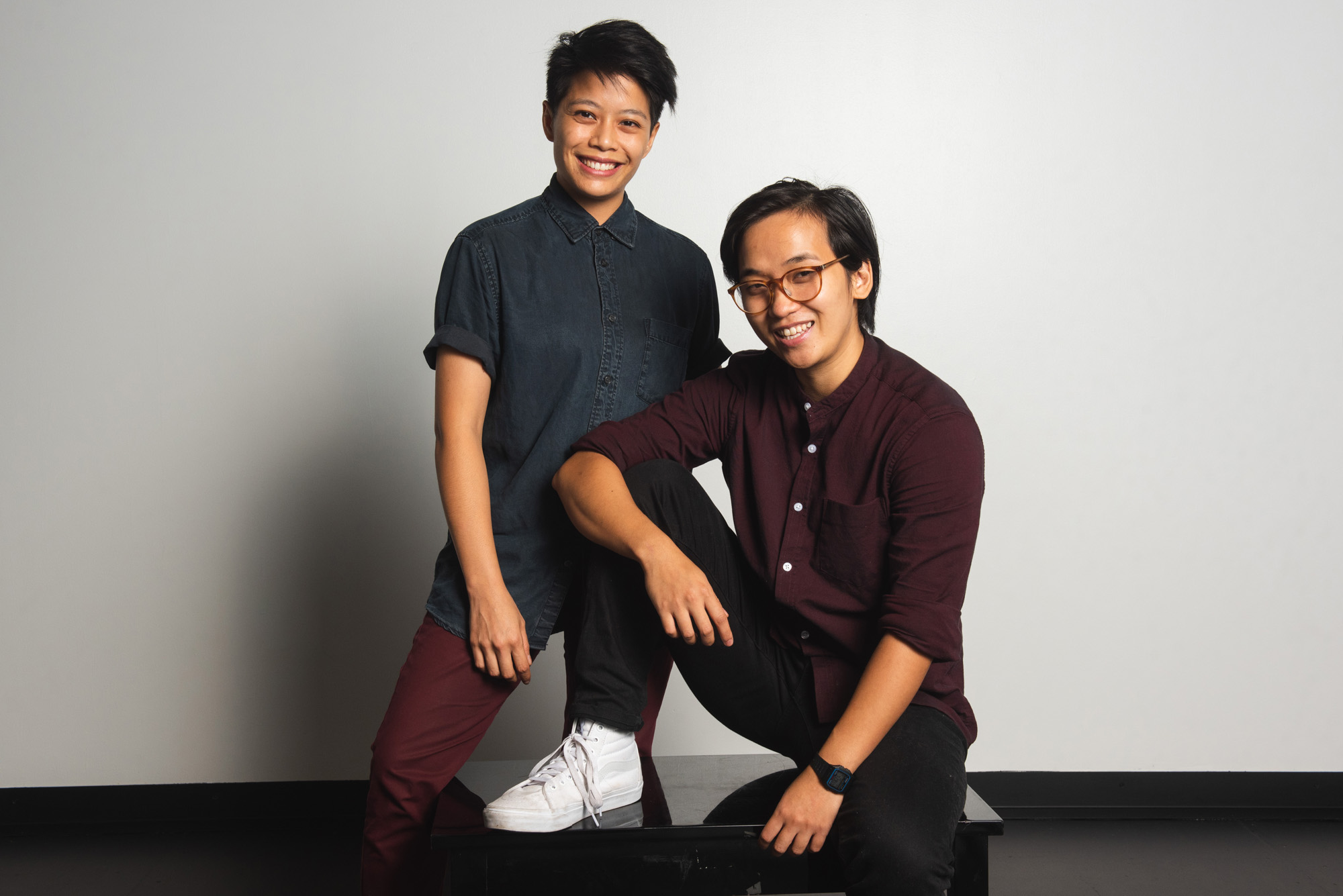 Created and performed by Bex Kwan and Sophia Mak

Double Yolk Moon is an auto-ethnographic, cross-disciplinary performance told in shadow, sound, and movement, that delves into the friendship of two queer trans masculine Chinese people. The piece is a site of tender resistance and rebellion, unearthing secret histories of foreignness, family mythologies, and kinship in East Asian communities in the United States. More info + tickets!

Bex Kwan and Sophia Mak are not the same person. However, being housemates and friends who are both queer, Chinese, gender non-conforming, and performers of roughly the same height (Bex is an inch and a half taller), people kept confusing them for each other even though they had just met. Together, they peel back their alleged sameness to explore histories of foreignness, family mythologies, and tender friendship. Where will their mirrors of each other fail, and where will they be transformative? Both alumni of EMERGENYC—the Hemispheric Institute New York Emerging Performers Program, Bex and Sophia were a part of Brooklyn Arts Exchange’s 2018 Upstart Program. They were selected for The Brick’s 2018 Trans Theatre Festival and are recipients of the Brooklyn Arts Exchange Fall 2018 Space Grant. 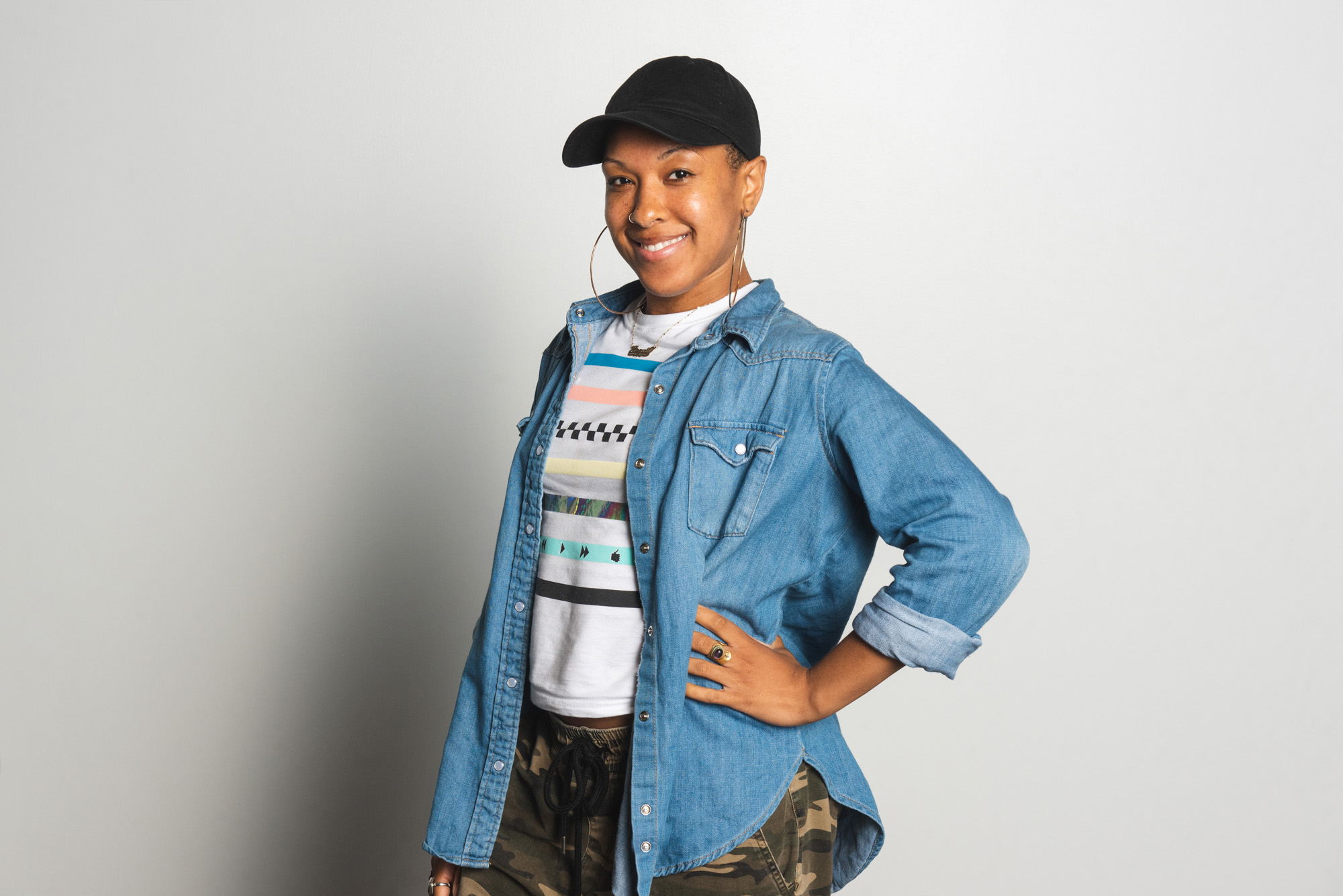 A Black woman's life has always held close the seed of spirituality. FLUXX Part 2, an embodied performance and musical journey, cuts into that seed as an interrogation of personal memories and those of mothers, grandmothers, great grandmothers, and what it can look like to take it to the stars. More into + tickets!

Courtney​ ​J.​ ​Cook​ is a Virginia native now residing in Brooklyn, NY. She began her formal movement training at family reunions and her home church. She later shifted to training in European-centered dance forms at Virginia Governor’s School for the Arts while continuing studies of marginalized dance forms at local night clubs. She also attended and graduated from Virginia Commonwealth University, receiving her B.F.A in Dance and Choreography. She is now a company member and BOLD facilitator with the iconic Urban Bush Women. She is also included in creative projects and works by other innovative women choreographers of color such as Maria Bauman and Marguerite Hemmings. In addition, she is currently preparing for her upcoming collaborative residency with Greg Purnell at Mount Tremper Arts. She continues learning, living, and developing her own creative voice through various forms of movement, sound, and visual arts. She is here, in the NOW, and she is beyond grateful.

Tendayi Kuumba, currently a touring company member of Urban Bush Women and backup singer/dancer of David Byrne’s “American Utopia” world tour, she is a graduate of North Atlanta High School of Performing Arts and Spelman College. One of Dance Magazine’s “7 Black Artists to keep on your radar in 2018,” Tendayi has also been an artist-in-residence at the Czech Center of NY and has internationally toured solo work in collaboration with musician Lenka Dusilova as a premiered artists for the “Prague Effect.” She’s worked with The Illustrious Blacks, Marjani Forte’, ASE Dance Theater Collective, & Axam Dance Theater Experience on and off since 2012. Other past works include T. Lang Dance, Liberata Dance Theater, Nathan Trice/ Rituals Performance Project “StrangeLove,” Laurie Taylor/ Soul Movement, & Jim Findlay’s “Electric Lucifer.” Tendayi released an EP Just A Matter of Time in 2016 with the Gerry Eastman Quartet, whom she has performed regularly with as a resident jazz vocalist at the Williamsburg Music Center in Brooklyn, NY, as well as various NYC music venues. In addition, Tendayi tours among the cast of Philadelphia Opera’s We Shall Not Be Moved, directed Bill T. Jones. Following the success of the released single “Incog-negro,” Tendayi and artistic partner Greg Purnell are in the process of completing their long awaited EP.

Together they are FLUXX and give thanks and blessings for life, love, breath, and the pursuit of happiness. 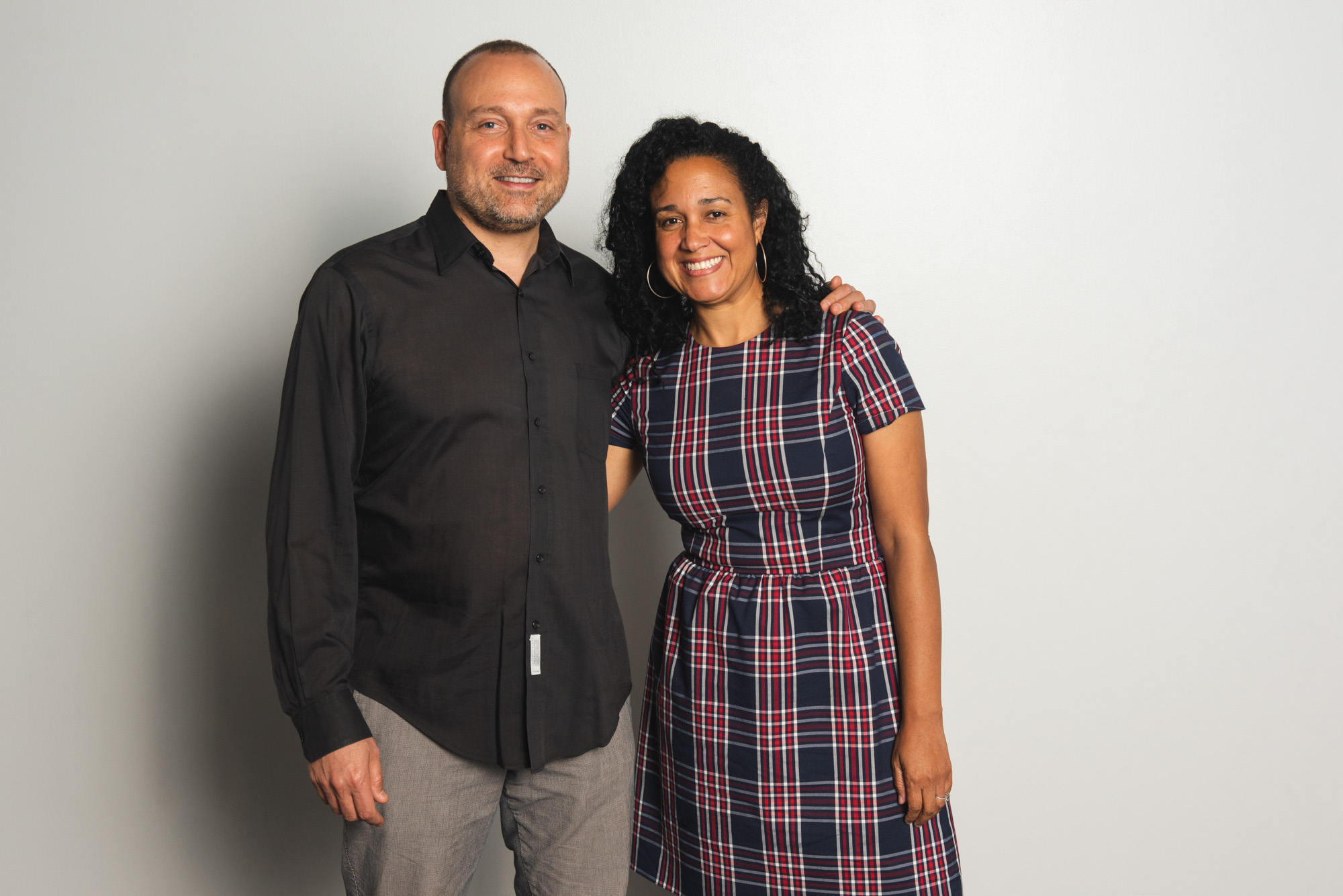 A music theater piece set during the collapse of the Detroit automobile industry, Golden Motors highlights the struggles of working-class Americans to safeguard their future against enormous economic odds. Following a murder at an automobile plant, security guard Henry Loving is forced to confront the risks and rewards in his life, while his daughter Charisse forges an uncertain path towards opportunity. More info + tickets!

Wendy S. Walters is the author of a book of prose, Multiply/Divide: On the American Real and Surreal (Sarabande Books, 2015), named a best book of the year by Buzzfeed, Flavorwire, Literary Hub, The Root, and Huffington Post. She is also the author of two books of poems, Troy, Michigan (Futurepoem, 2014) and Longer I Wait, More You Love Me. Walters has been awarded fellowships from Mass MoCA, New York Foundation for the Arts, The Ford Foundation, MacDowell, Yaddo, The Smithsonian Institution, and Bread Loaf. She is a founding director of Essay in Public | A Humanities Project, a Contributing Editor at The Iowa Review and serves on the board of the international writers’ conference NonfictioNOW, most recently held in Reykjavík. Her work has been published in The Normal School, Fourth Genre, Flavorwire, and Harper’s among many others.

GRAMMY Award-nominated composer and clarinetist Derek Bermel is Artistic Director of the American Composers Orchestra, Director of Copland House’s Cultivate, and curator of Gamper Festival at Bowdoin Music Festival. He has premiered and performed as clarinetist on four continents and has collaborated with a dizzyingly eclectic array of artists and received commissions globally from the Pittsburgh, National, Saint Louis, and Pacific Symphonies, Los Angeles Philharmonic, St. Paul Chamber Orchestra, Chamber Music Society of Lincoln Center, WNYC Radio, Tanglewood, eighth blackbird, ASKO/Schoenberg Ensemble/Veenfabriek (Netherlands), the Guarneri, and JACK String Quartets, and violinist Midori. His many honors include the Alpert Award in the Arts, Rome Prize, Guggenheim and Fulbright Fellowships, American Music Center’s Trailblazer Award, and an Academy Award from the American Academy of Arts and Letters; commissions from the Koussevitzky and Fromm Foundations, Meet the Composer, and Cary Trust; and residencies at Yaddo, Tanglewood, Aspen, Banff, Bellagio, and Copland House. He will serve as the Seattle Symphony’s composer-in-residence during the 2018-19 season.