Copying, riffing off, sampling, and appropriation have become familiar strategies for artists in all media – but attention to copyright laws and content management has kept pace, and can be intimidating for artists to navigate. This panel will focus on emboldening artists to work with appropriated material, shedding light on Fair Use guidelines which have defined some best practices, but also present some limitations artists should be aware of. Moderated by Rebecca Cleman, Director of Distribution at Electronic Arts Intermix (EAI); with panelists, artists Kenseth Armstead and Kristin Lucas, and Professor of Law Brian L. Frye.

Rebecca Cleman is the Distribution Director of Electronic Arts Intermix (EAI). She has organized numerous screenings and events featuring media artists and art history, and is currently co-curating an exhibition about EAI and broadcasting for the Institute of Contemporary Art, Philadelphia. Her writing on media has been published in the Moving Image Source, INCITE!, BOMB online, and the Metrograph Edition, among other journals, and she is a contributing writer to Screen Slate, a resource for daily listings and editorial commentary on New York City moving image culutre. She has served on festival juries and has been a grant panelist for NYSCA, the NEA, the National Film Preservation Fund, and the LMCC.

Kenseth Armstead’s works have been exhibited at the Whitney Museum of American Art, Studio Museum in Harlem, Brooklyn Museum, Newark Museum, MIT List Visual Arts Center and The Bronx Museum of the Arts. Armstead received a BFA from the Corcoran College of Art and an MS from the NYU Tandon School of Engineering. He also completed the Skowhegan Program and the Whitney Museum Independent Study Program. Grants he has received include a Pollock-Krasner Award, NYFA video fellowship, the inaugural BRIC ArtFP Commission, NYSCA (Individual Artist Grant, Film & Media) and a Creative Capital Grant. Residencies Armstead attended include Yaddo, the Brooklyn Museum Library & Archive, LMCC (Workspace & Swingspace), Harvestworks, Socrates Sculpture Park, the Castle Trebesice in Prague and Eyebeam Center for Art + Technology. His drawings, sculptures and multimedia works are in numerous public and private collections.

Brian L. Frye is the Spears-Gilbert Associate Professor of Law at the University of Kentucky College of Law. His research focuses on intellectual property and charity law, especially in relation to artists, arts organizations, and the art market. He received a J.D. from the New York University School of Law in 2005, an M.F.A. from the San Francisco Art Institute in 1997, and a B.A. from the University of California at Berkeley in 1995. He is also a filmmaker. He produced the documentary Our Nixon (2013), which was broadcast by CNN and opened theatrically nationwide. His short films and videos have shown in the 2002 Whitney Biennial, the New York Film Festival, and the San Francisco International Film Festival, among other venues, and are in the permanent collection of the Whitney Museum of American Art. His critical writing on film and art has appeared in October, The New Republic, Film Comment, Cineaste, Senses of Cinema, World Picture, and Incite! among other journals.

Kristin Lucas is an interdisciplinary artist who pairs the intangible with the uncertain in experiential works that are performative and social, circuitous and bittersweet, and that lie somewhere between reality and "reality." Her work has been presented nationally and internationally, and appears in collections of major institutions, including Dia Center for the Arts and the Museum of Modern Art. Her work is represented by Postmasters and Electronic Arts Intermix (EAI) in New York and And/Or Gallery in Los Angeles, and she is currently a Technology Resident at Pioneer Works in Red Hook, Brooklyn. Lucas earned her BFA from the Cooper Union School of Art and an MFA in art practice from Stanford University. She lives between Queens and Austin, where she serves as Transmedia faculty for the Department of Art and Art History at University of Texas at Austin. 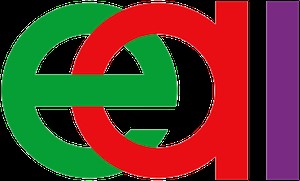 BRIC’s Stoop Series welcomes you in for dynamic conversations that connect art, performance, media and other creative fields with big ideas that are important to Brooklynites. The Stoop Series highlights voices we don’t hear enough, creative solutions that deserve more attention, artistic endeavors that make you see the world differently and tools for enhancing your own creativity. Join us on the Stoop -- there’s something different every week!

PLEASE NOTE WHEN RSVP'ING:
* Admittance is still first come, first serve (whether you have RSVP'ed or not).
* The Stoop has a limited capacity and seating is NOT guaranteed.

Attendees of any BRIC House programming must show proof of full vaccination and photo ID for entry. Masks are currently required while inside BRIC House. If you have questions regarding this protocol, please email Safety@bricartsmedia.org. For our full BRIC House COVID-19 policy, visit: https://www.bricartsmedia.org/safety.