Def Stories presents a collection of tales about living in New York City. This multimedia event with stories told by comedians, actors, and performers accompanied by live music, brings to life the commonalities we have on a human level in a city that doesn’t always encourage us to engage intimately. Hosted by Angela-Renee Coakley.

Sponsored by Gotham Market at The Ashland 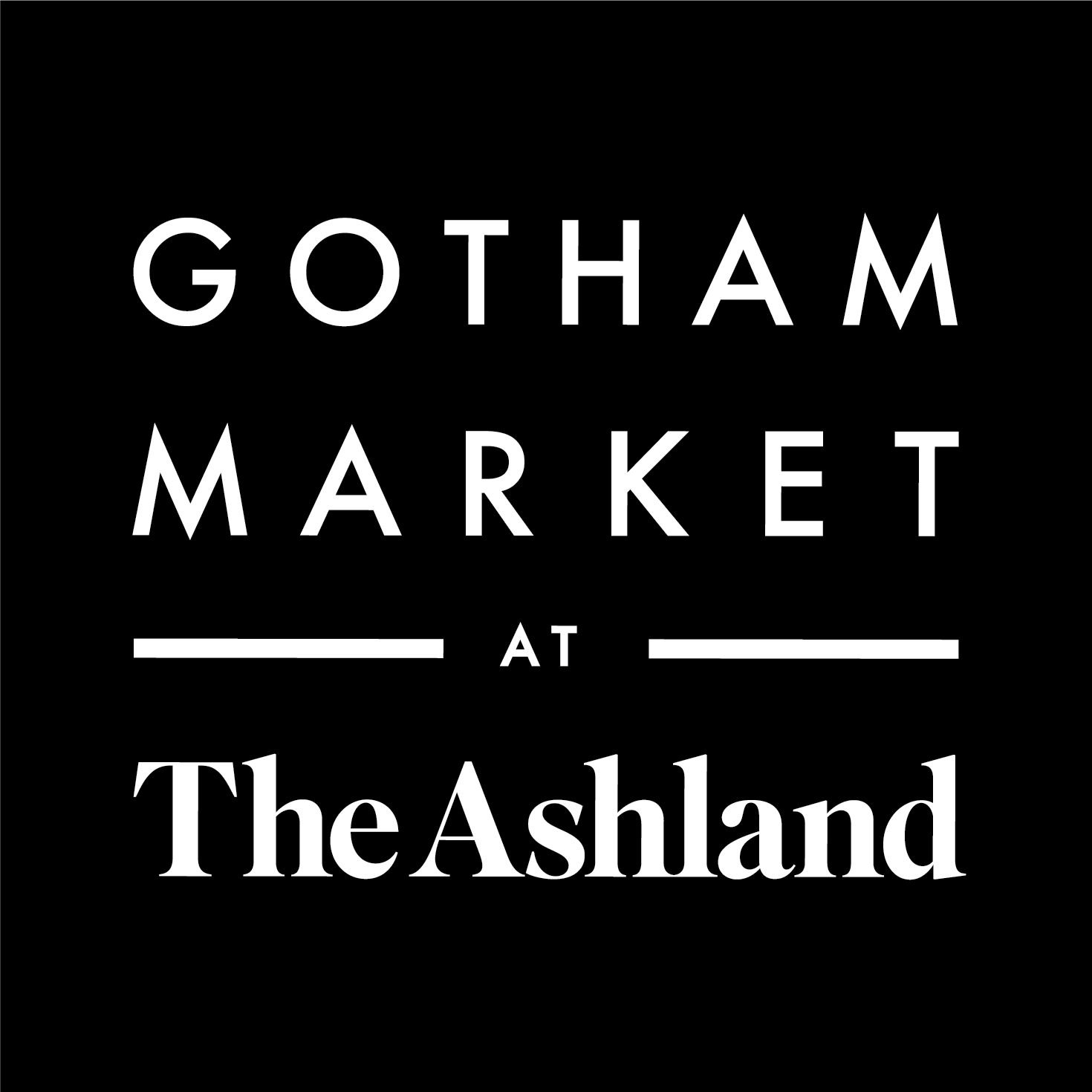 Victor Burt is a Brooklyn resident and avid educator. His ideological influences focus on the ingenuity and creativity drawn from international community to create bold new solutions. Mr. Burt is a former actor, community organizer and writer. He holds an undergraduate degree in Religious Studies and Mathematics (Michigan State University) and a Masters in Political Science (Long Island University) with a certificate in Advance Studies from the United Nations.

Justiin Davis has been described by The Huffington Post as “One to watch out for!” He is best known for his work as Lester White on HBO's Emmy winning drama Boardwalk Empire. He recently hosted Nickelodeon’s Dance Battle Playlist which has gained over 600k views and made a huge guest starring appearance on the NBC hit drama Chicago Med. There he plays Carter Singleton the godson of Sharon Goodwin, played by Emmy Award winning actress S. Epatha Merkerson. In 2017, Justiin appeared in the hit comedy Catfight, as Henry, Donna's passive aggressive army son home from war. Other films include Frat Star with Chris Elliot and the soon to be released teen thriller Central Park, as well as walk-on roles on CBS’ The Good Wife, 30 Rock and The Sopranos. He’s done commercials and print campaigns for Apple, Coca Cola, Nike, Verizon and many others. And voiced ads for the US Marines, Nestle, Subways & Nickelodeon.

BUTCH DIVA Founder and Designer, Tiffany Rhodes, was born and raised in the East New York area of Brooklyn. Rhodes graduated from FIT, and in 2002, while brainstorming a brand name, Tiffany created a term that described the ideal woman she wanted to design for: a "BUTCH DIVA". This label has branded an image known for bright colors, mixing prints & patterns, and customized details - producing over thousands of custom looks for hundreds of women around the world over the past decade. Prior to starting her own company, Rhodes worked for design labels Sean John, Catherine Malandrino, Alice + Olivia, and Ralph Lauren. BUTCH DIVA has been featured on Nicki Minaj, Beyonce, Lil Kim, Dancehall Queen Patra, K. Michelle, Kat Graham, WWE Divas, Jonte Moaning, and many other select indie artists and aspiring icons.

Wil Glover is an accomplished singer, songwriter, producer, musician and actor from Orangeburg, SC, who warmed hearts with his single "Lovable," and is changing the game with his latest single “You.” As an artist Wil has created his own genre of music branding it ‘Life Music.’ It is the culmination of an eclectic sound fused with genres including R&B, Soul, Hip-hop and Gospel…but simply put, it teaches one how to overcome the issues of life though the power and presence of God within us. He has written and produced for many up and coming artists and has just finished his debut album "The Art of Overcoming." Not just an artist but also a servant, Wil is the Music Director for The Total Faith Network, a television and film production company, where his original music serves as the score and sound track for various shows on the network. He is also working as Music Director and Composer for the new animation film Oversight, and most recently he was a featured actor in the upcoming TV pilot, Up North.  Lastly, Wil does his part to give back, even while chasing and achieving his goals in the industry.  He teaches music at the all boys Imagine Me Leadership Charter School in Brooklyn, NY, where is also a resident.

Marci Rodgers obtained a B.B.A. with a concentration in Marketing from Howard University, a Corporate M.B.A., from Florida International University, and a Certificate in Fashion Design and Marketing from London Fashion College: Central Saint Martins in London, England all before graduating with an MFA in Costume Design from the University of Maryland. Most recently, Rodgers worked with director Spike Lee designing his new film award winning film BlackKlansman and his series, SHE’S GOTTA HAVE IT, for Netflix which was recently nominated  for best Television - Contemporary TV Film Series by the Costume Designers Guild.

Sledge Smith III is a consultant and Board advisor to founder / CEOs in the AR/VR, Fashion Tech and Retail Tech sectors. Sledge also serves as Chief Administrative Officer for NUDEST, a Beauty Tech AI company that curates racially inclusive skin tone matching cosmetics and apparel choices, garnering media as "The Tinder of Nude." He is a 20 year veteran, entrepreneurial executive on the business side of creative industry. Sledge was Co-founder / Executive Producer of Brown Bag Films, a TV-Advertising production satellite of $50M content producer, Believe Media.  Brown Bag's credits included Nike Brand Jordan's first ever humor campaign with Carmelo Anthony, as well as, spots for KFC and Sony, among others. Sledge went on to hold several positions with digital media consultancy Vaudeville Ventures, which specializes in audience growth and brand engagement strategy for C-Suite clients, such as Sotheby's, Comcast and Margaritaville.

Kel Spencer grew up in Brownsville/East New York to two NYC Educators. His love for football awarded him a Scholarship to Morgan State University with a second love for writing lyrics. While at Morgan, Spencer got more involved in music and through consistent work and determination, was discovered as a teen by Will Smith. Spencer dropped out of college for a chance to sign to Will Smith as an artist and songwriter and went on to garner Grammy nominations and an American Music Award as a songwriter. Kel's credits include commercial jingles for Pepsi, theme music for ESPN, and artists like MC Lyte, Nick Cannon, Wyclef, Teddy Riley, Rodney Jerkins, Bow Wow, Lil Mama, and others, including the Men in Black 2 Theme Song "Nod ya head, Black Suits Comin" and "Switch" by Will Smith. During a 2007 career day appearance at his former junior high school it was suggested that Spencer start a program meshing his skills and experiences with academia, and in 2010, Pens Of Power was born. Spencer also serves as a consultant for the Medgar Evers College Center for Black Literature.

Lorraine West has always had an affinity for creating and donning unique jewelry.  Her mother's love for ornate pieces was the inspiration for Lorraine to delve into jewelry design while studying Illustration at Fashion Institute of Technology. After teaching herself how to manipulate various metals into beautiful original jewelry pieces, and with the increasing demand from family and friends to create custom designs, Lorraine West Jewelry was conceived. Made from precious metals including gold, sterling silver, brass and copper and inspired by symbology and geometric shapes, Lorraine West creates strikingly elegant pieces that allow clients to connect to their own beauty and power. Lorraine West Jewelry is proudly handmade in NYC with Love.

MODERATOR:
Angela-Renee Coakley has over 10 years of leadership experience in the entertainment industry, specializing in the production of high-caliber entertainment and branding events for top-tier companies. She has served as manager and producer for a number of theater, television and concert productions throughout Europe, Asia and the Caribbean. She has worked on campaigns for Pepsi, Blue Note Jazz Clubs (Asia), Kraft Foods, Independent Film Channel and with talent that includes, Chaka Khan, Estelle, John Legend, Robert Altman, Christian Bale and others. She went on to produce A-list events and concerts for Grammy Award winning artists such as Phillip Bailey of Earth, Wind and Fire, CeCe Winans, Kirk Franklin, Gladys Knight and more. She has also worked in production for the famed Cirque du Soleil’s Zumanity. Coakley was a professionally trained dancer and studied at the acclaimed Alvin Ailey American Dance Center.