We are partnering with Film Fatales NYC for a look at comedic shorts and web series by, featuring or about women including a conversation on screen writing for comedy. Film Fatales is a network of women filmmakers who meet regularly to mentor each other, share resources, collaborate on projects and build a supportive community in which to make their films.

EMILY LOBSENZ, Partnerships Coordinator, Film Fatales
Emily Lobsenz is an award winning writer-director and is the partnerships coordinator for Film Fatales.  Her work spans fiction, documentary and interactive work and has played in over 100 festivals and been broadcast across the globe. Her most recent films include SANDORKRAUT, selected as a New York Times Op-doc and in development for a series; the multi-award-winning magical realist film, THE NEVER BELL which premiered at BAM; and her lyrical feature SONG OF THE BASQUES. Emily is currently in pre-production with a feature comedy she wrote set in Atlanta and she’s shooting a serialized sports documentary.

KRIS LEFCOE, Filmmaker, Giving Up
Kris Lefcoe is an award winning writer and director based in New York City and also a member of Film Fatales. Lefcoe’s audacious feature debut, the dark comedy “Public Domain” premiered at SXSW and was installed at Art Basel Miami. Her short film “Can I Get a Witness” premiered at Toronto International Film Festival, and her stop motion short “Tiny Riot Project” screened at Rotterdam Film Festival, was installed at Art Basel Miami and Havana Biennale, then sold to the Sundance Channel. Kris’ explosive music videos have been nominated for Best New Artist VMA and won Best Video at the International Festival of Animation. Kris’ pilot script “Giving Up” is a semi-finalist at Austin, and she is currently writing, directing and producing the show as a micro series Executive Produced by David Wain (“Wet Hot American Summer”).

ALICIA SLIMMER, Filmmaker, Creedmoria
Alicia Slimmer is an award winning independent filmmaker whose debut feature film, CREEDMORIA, recently took home the Industry Choice Award at Dances with Films Festival in L.A., and Audience Favorite at the Brooklyn Film Festival. The Village Voice called it “a timeless lark: a rollicking, touching family yarn…Slimmer’s undying faith in these characters' lovability gets under your skin and the movie stays warm and endearing throughout.” Her previous short film, MY FIRST CAR, premiered at Dances with Films Festival in LA and won Best Comedy at the 24th Annual New School Invitational Film Show. In 2015, Alicia joined two prestigious groups of women filmmakers: NYWIFT and Film Fatales. She has worked on many independent films as an actor, assistant director, set dresser, and producer.

ENID ZENTELIS, Filmmaker, Au Pair
Enid Zentelis is an award winning filmmaker and author.  Her feature debut “Evergreen” was nominated for the Grand Jury Prize at Sundance Film Festival and was winner of Best Director prize at Sonoma FF. Her feature “Bottled Up” stars Oscar Winner Melissa Leo and was nominated for Tribeca’s FF Nora Ephron Prize.  She was recently an NBC/Universal Directing Fellow on new Tina Fey comedy GREAT NEWS, and is currently developing her next feature and two scripted series, “AU PAIR” with Ann Carr (RED OAKS),Wei-Yi Linn, and Emmy-winner Mary Kay Place.  She is a member of Film Fatales. Her films can be found on Netflix, iTunes, and Amazon.

ABOUT BRIC FLIX
BRIC FLIX is a free film screening and conversation series at BRIC House. Offering premieres, shorts, and web series projects that reflect the excitement, diversity, and creativity of the borough— BRIC FLIX is where Brooklyn comes for film.

Each screening is followed by a discussion with the filmmakers, artists, curators and more.

HAVE A QUESTION?
Call or email the BRIC FLIX team at BRICFLIX@BRICartsmedia.org 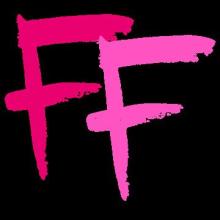 Building Your Media Empire from Scratch

Film Festivals: An Inside Look