‘Like the best comedy, it makes you look at the world in a different way. Remarkable.’ - Independent

Jess Thom has Tourettes, a condition that makes her say biscuit 16,000 times a day. Her unusual neurology gives her a unique perspective on life; one she’s about to unleash on the world. Accompanied by her assistant Chopin, Jess intertwines comedy, puppetry, singing and incredible tics to explore spontaneity, creativity, disability, and things you never knew could make you laugh. Jess is neurologically incapable of staying on script, and that’s when the anarchic fun begins.

Devised and performed by Jess Thom and Jess Mabel Jones (aka Chopin).

Following the show on May 19, Backstage in Biscuit Land will be presented with the inaugural Loving Cup Award from ONEOFUS. The Loving Cup Award champions outsider voices who radically shake up the world of performance.  This year’s Loving Cup Award includes a trophy and a cash award sponsored by the one and only chashama-mama.

This performance is relaxed. This means you’re welcome to move around and make noise during the show. This adds a whole new dimension, which is why we like to call it ‘Extra Live.’

Backstage in Biscuit Land is for everyone, with and without Tourettes, but please be aware that Jess is one of the 10% of people with Tourettes Syndrome who has swearing tics, so the show may include the involuntary use of words some people might find offensive. It touches on adult themes and closes with a song about animal sex so for this reason we would suggest an age rating of 14+, but it’s entirely down to you!

Co-presented with the British Council: 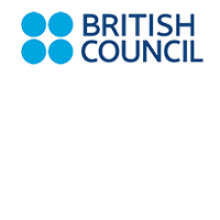